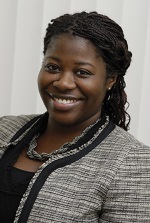 Until recently, medical and psychological research was done with a “one-size-fits-all” approach – white men around the age of 35 made up the majority of research subject pools and findings were then extrapolated to apply to women, other ethnic groups, children and the elderly.

Researchers began to question standard practices as concerns rose around the over-medication of children by using much larger test subject prescriptions.

Also playing a role was the realization that symptoms of the same illness may differ between men and women and that certain treatment regimens work differently for different ethnic populations.

There’s been a shift towards either including a variety of participants in larger studies or creating independent studies to look at how one particular group may respond.

At Clark University, Nicole Overstreet, Ph.D, an assistant professor in the department of psychology, has used the support of the school to focus on one group in particular, black women, and their specific concerns such as the prevalence of HIV and intimate partner violence.

Her work looks at the sociocultural factors that play a part in the mental and health disparities in Black women while recognizing that there may be cross-sectional findings that come into play.

With that in mind, she has broadened her scope to take in other marginalized groups to see how these same factors may affect them.

Overstreet spoke with New England Psychologist’s Catherine Robertson Souter about her research and the surprising benefits it can have for the participants themselves.

First, can you tell us a little bit about the work you are doing.

My research examines how experiences of stigma, stereotyping, and discrimination influence health outcomes among marginalized groups, particularly how these social processes relate to experiences of intimate partner violence and HIV.

Some of the questions that we ask are how do stigmatizing reactions to intimate partner violence disclosure — for example, victim blame, disbelieving survivors or belittling them when they disclose IPV — shape mental health outcomes among survivors.

In your research, can you tease out how much of the poorer health outcomes are related to racial disparities rather than lower income barriers? I imagine the racial issues are still significant?

These are the things we think a lot about in our lab. There are several systems of oppression at play that could contribute to health disparities for marginalized groups.

Racism, sexism, classism, heterosexism; these things may play a role independently and they may also play a role intersectionally.

Racism is a system of oppression that disempowers and devalues social groups and impacts the resources and opportunities these groups have and it relates to health outcomes.

There is research to suggest that stereotypes about black women in the U.S. may be associated with racial disparities in maternal deaths.

For instance, some researchers have argued that implicit bias and beliefs that black Americans experience less pain than whites may influence how health professionals perceive black women who are in pain during delivery and subsequently how these professionals administer care to black women during the birthing process.

There is also research to suggest that racial stereotypes about who is likely to adhere to a medication regimen may influence whether health care providers prescribe certain types of medications.

When thinking about intimate partner violence, there is evidence to suggest that some service providers have negative attitudes about survivors, which can include victim-blame.

There is another issue that you have spoken of in the past: a distrust of the medical profession within the black community. From the Tuskegee Syphilis Study to Henrietta Lacks and beyond, there are many stories about blatant disregard for the life and human rights of African-Americans in this country. These things are still a factor.

Enslaved black women were mistreated and did not have anesthesia as people were experimenting on their bodies without their consent. There are historical instances of ethical violations. That to me is a clear example of a structural stigma.

Harriet Washington has a great book called “Medical Apartheid” (2007, Doubleday) that talks about how Tuskegee was not the last (or first) instance of ethical violations in research. It still persists today. We can’t think that these ethical violations are just in the past; we still have to worry about how this history can affect people today.

We are going to keep having these issues because the world is constantly changing and we still have racism, sexism, and classism in play.

You are going to have novel situations that may emerge that we may not have rules or regulations for but these violations that are based in power can emerge because these systems of oppression exist.

We must acknowledge past maltreatment but also think about ways it can happen again.

You said that a lot of this work you are doing is novel. Are there others doing this research – looking at the experiences, specifically, of black women?

There are tons of great researchers who are committed to doing this work. What I want to emphasize is not necessarily who is doing the work but in the how. It is about how we engage communities in the work and thinking critically about the types of questions we ask as researchers. We can also go a step further to think about the meaning and dissemination of our findings.

One example of this is the Jezebel stereotype, a pervasive stereotype of black women as sexually promiscuous. I have conversations with communities to ask them what do they think about this stereotype and how does it impact the way people treat you as a black woman?

Those conversations occur outside of the research context but they are still important as ways to build that bridge between the university and the community, bringing those findings down from the ivory tower and into the community.

These conversations are informative for me as well because I think of new ways to approach a question based on these women’s experiences.

What stands out for you in the research you have done, in the results?

One point that I find powerful, is in thinking of our participants as experts of their own experience. Moreover, I also think about research as an opportunity for participants to tell their own stories.

That in and of itself may have therapeutic or psychological intervention for the participants. A lot of stigma is about the silence around it. It is taboo. When you are doing research on stigma, it provides people an opportunity to talk about things they may not have shared with many people or with anyone.

Having the voices of these communities within the research that we do is an important factor.