Research on implicit bias is core of John Dovidio’s work 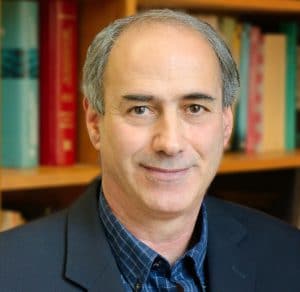 At the Yale University Intergroup Relations Lab, a team of researchers led by director John Dovidio, Ph.D, the Hovland professor of psychology and public health at Yale, has been looking at the idea of implicit bias over the past several decades.

Most Americans would reject being labelled racist. Yet, study after study, and incident after incident, show how deeply racism is ingrained in our society, from far higher rates of COVID-19 deaths and fatal police shootings to lower overall college graduation rates for Blacks as compared to whites in this country.

At the Yale University Intergroup Relations Lab, a team of researchers led by director John Dovidio, Ph.D, the Hovland professor of psychology and public health at Yale, has been looking at the idea of implicit bias over the past several decades.

Starting from the premise that everyone does have some level of prejudice, often unrecognized, the lab has moved on to look at how these biases play out in the real world and what steps we can take to combat them.

Dovidio spoke with New England Psychologist’s Catherine Robertson Souter about the work the lab has been doing.

Why do humans have this implicit bias?

The tendency to socially categorize is part of our nature but evolutionary psychologists argue that racism as a phenomenon is not necessarily evolutionarily-based because we did not travel far enough to encounter people who looked that much different from us. The important dimension of who is “in” and who is “out” tends to be culturally developed.

There is an online test people can take to see their own bias, Harvard University’s IAT. Do you find this useful in your research?

Despite some of the critiques (of the test) it is a useful tool. It allows us to make predictions we could not make otherwise. It has been valuable scientifically but also socially because it makes people aware of their biases.

One of the strengths of the test is that you can apply it to many different areas and do variations based on wealth, on size, on sexual orientation.

It best predicts behaviors that are difficult to control or to monitor or things that occur spontaneously like white people’s non-verbal behavior towards a Black person.

You have been working on the effects of implicit bias in the field of medicine. Can you tell us about that?

A key finding is that health care professionals, who think of themselves as being very egalitarian and take an oath to do their best by all their patients, have similar levels of implicit bias as the average person in America. They are not immune and often are less aware because they are so well-intentioned.

There is a lot of evidence that treatment in health care for Black Americans is of lower quality. Our research doesn’t dispute that at all, but we do find that a physician’s explicit or implicit bias rarely has a direct impact on their treatment decisions.

But, two things do happen: first, physicians with higher rates of implicit bias behave differently with Black patients. They have shorter visits, are less patient-centered, speak faster, and they tend to have less positive affect when with Black patients.

Secondly, Black patients pick up on this. So, even though they don’t know the implicit attitudes of the physician, Black patients [will rate them as] less warm, less supportive, less patient-centered, and less trustworthy and they are less likely to want to go back.

There is some evidence they are less adherent to the recommendations of the physician as well.

Implicit bias derails the relationship in a way that neither the patient nor the physician can fully articulate but it does lead to lower quality care.

Does this play into the COVID-19 situation where Black Americans are seeing far higher mortality rates? Some have said that Blacks fare worse with health care overall and that leads that population to have higher rates of diabetes or heart or respiratory issues, which then leads to more vulnerability with this disease.

Studies are just trickling out on this and I have not had a chance to validate them but there is some evidence that implicit bias is related to whether or not physicians recommend testing for COVID-19 .

I also saw that a number of major health systems came up with rationing policies for ventilators. Of course, none used race as a criteria, but they did use things like being overweight and certain health risks and those people were less likely to get a ventilator.

Many of the rationing criteria they came up with were things that ended up favoring white people, because of all things you just said.

People talk a lot about structural racism. For example, with testing sites, one study said that in a white part of Dallas there were over two dozen sites but in a Black part only four or five.

And then, on average, Blacks live in higher density living areas and tend to be over-represented in “essential” jobs with direct exposure to other people, so there is a whole range of structural things that make people of color much more vulnerable.

These sound like systemic problems. Does implicit bias play in?

People talk as if implicit bias is not a big deal. Who cares about the subtle stuff when you have all this big stuff going on? But we have to pay attention to the fact that implicit bias helps create the structural disparities which then feed back into implicit bias.

For example, one study shows that in metro areas where the average person has higher implicit bias, there are greater disparities in access to medical care. The biases allow the disparities to continue unchallenged. It is not about systemic racism versus implicit bias; they tend to conspire together.

In the past, you have said with implicit bias that it’s important to recognize it in yourself as a first step. But some people say it’s very difficult to take the next step and make real change.

People talk about implicit bias as being a habit of mind. The work we are doing uses that as starting point, and then we are trying to figure out interventions.

There are two things we found. The first one is about group identity. As humans, we don’t have the cognitive energy or capacity to treat everyone as an individual. We automatically categorize people, usually into race, gender, and age.

But, we can work to categorize people in different ways. So, I can focus on somebody who is Black but I can think about them mainly as being American or I can see a Black or Latinx student but I can work to see them as a Yale student. I can shift the way I categorize them to be something more inclusive, a category we are both in. As human beings, we automatically value people more who are members of our own group.

We find that has a number of very spontaneous and immediate positive effects on behavior and the way we think about people.

The second thing is that the most effective way [to reduce bias] is by giving people greater intergroup contact. The more contact they have with members of the other group, the more comfortable they are together, are better able to work together and are more effective at communicating.

What have you personally learned from your work?

Well, it has given me a deep appreciation for how we walk in the worlds that white people and the worlds that people of color live in, not only physically, economically, but also psychologically. They are just so dramatically different.

For example, if I am unaware of my implicit biases but I engage in spontaneous cues of bias as a white person (like moving away in an elevator), this leakage is occurring primarily for things I don’t even recognize.

Yet, in the same interaction, from the person of color’s perspective, they can see the subtle negative behaviors. Because of that, there is a mistrust they develop towards white people because we say one thing but our behavior suggests we believe something else so the experience of a person of color is much more cognitively demanding in that situation.

On the other hand, when we talk about implicit bias we need to make sure white people see it as empowering, not as something that indicates that they are immoral or vulnerable in some way. It can be distressing when people find that they may have biases they can’t control and they may choose not to interact with people of color at all [out of fear of doing the wrong thing.] Yet, those interactions are one of the most beneficial things we can have.

And, implicit bias has gotten to be such a buzzword that many will use it as way of absolving themselves of responsibility, and that is not right. Some people will see it as a millisecond on a test but it can have profound repercussions. We should never let implicit bias take white people off the hook.