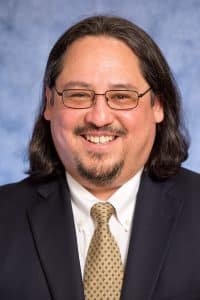 Is psychology failing this country’s commitment to Native Americans? The United States has signed many treaties with American Indian nations over the years (many of which it then broke.) As a result, the federal government provides health services, including mental health care, for members of federally-recognized Indian tribes. In looking at outcomes with indigenous populations, however, it becomes clear that the mental health services provided are not meeting the need that exists.

According to Mental Health America, native/indigenous Americans report serious psychological distress at a rate 2.5 times more than the general population. The suicide rate for teens is more than double that of non-Hispanic whites. In addition, drug and alcohol use and abuse starts far earlier and happens at higher rates in these communities.

In his work, Gone, who is an enrolled member of the Aaniiih-Gros Ventre Tribal Nation of Montana, has looked at the ways in which modern psychology can better serve American Indian communities.

Gone’s work with the Culture and Mental Health Research Lab has included collaborative research with both reservation and urban American Indian groups.

He spoke with New England Psychologist’s Catherine Robertson-Souter about his research and about why psychology must take a different approach to working with American Indians and other non-Western groups.

Q: You have written about the need for psychology to “decolonize” its research methods as a way to both advance treatment and to improve the science behind the treatment. Can you talk about that?

Counseling and psychotherapy originated in Europe and stem from assumptions and cultural orientations that are sometimes at odds with those of American Indian people. Ninety percent of psychological knowledge is based on Western, educated, industrialized, rich, and democratic (or WEIRD) populations [which only includes 12 percent of the world’s population.]

You can uncover the distinctions in these orientations by looking at the contrasts between traditional American Indian healing and current psychotherapy.

The first thing that jumps out is that Indian healing is almost always sacred. It involves non-human beings and powers and rituals and ceremony whereas modern psychology is secular and involves human ingenuity and problem solving and finding answers within the self.

The psychological mindedness presumed by many kinds of therapy is that a client is accustomed to looking inward and that we all have roomy interiors, richly furnished, and our goal is to be able to articulate and express that unique self. It is an individualist interior. It is verbal in its expression and emotionally attuned.

The rise of colonizing powers that plundered the planet in order to afford wealth and luxury makes that type of individualization possible. When you do not have wealth and independence, your self-configuration is more socio-centric and tied to a broader group of kin and community. The importance is not placed on self-actualization but on duty and kinship responsibility.

The question is, `how do we reach American Indian constituencies who have been left out?’ People start with the way things are typically done but what would it look like if, instead of starting with the mainstream evidence-based practice and tailoring it, we started with Indigenous traditional therapeutic practice and tailored that?

Q: One aim of your research is to work with and support Native American groups. In Detroit, you collaborated with an urban American Indian health clinic and on the Blackfeet Indian Reservation in Montana, you collaborated to create a pilot program for substance abuse treatment.

In Detroit, they wanted a traditional spiritual curriculum, like Spirituality 101 for American Indians. We had people participate in a sweat lodge ceremony and also did didactic instruction, trying to be very basic: what is prayer, who are you praying to, how do you pray? We did not want to assume anything in terms of background.

The Blackfeet therapeutic program is a good example of what it would look like to start with traditional therapy. The Blackfeet Culture Camp is what we called it. It was about living in tepees and participating in sacred ceremonies and doing stuff on the reservation that was traditional.

Harnessing tradition among our people can remedy psychological anomie, which means “no laws,” because with colonization, there was a destruction of societal norms and we were left with shame and the long-pervasive message that we’re inferior.

These programs become an attempt to transform that into something that is proud and pro-native and appreciates Indigenous life and rejects coloniality. It is also about access to spiritual power to transform lives.

Q: Did you see a positive outcome with the pilot program?

We piloted it with a small number of people and they continued to offer it for two more summers. But you’re asking, did it work, did they recover or maybe abuse substances less and that is a whole complicated research project that is difficult to do in Indian country around addiction treatment of any kind.

Q: Why would that be?

It is hard to get data in a way a skeptical scientist would need, to get large numbers in Indian country and to randomly assign people to treatment that is more spiritually-based and to track people who move around.

Still, the real test is that Indian people believe it works. It is so common for Native people to have lost family members to addiction, but even so-called “skid row alcoholics” in big cities who came to these types of traditional activities have recovered and remain abstinent. Every community has someone who says it worked for them. In Indian country there is no higher authority than first-hand personal testimony.

Q: What do you hope your work accomplishes?

One goal is to engage communities to consider solving their own problems on their own terms. American Indian communities have not had the opportunity to do that and it takes time and expertise and exposure to ideas to facilitate that process.

Secondly, it would be to expand access to effective help for people who are suffering in our communities. Too many people don’t have access, especially if they feel, “why would I do that, it does not make sense to me?” If we have alternatives that do make sense culturally, that is a better definition of access.

A third goal is to educate the psychological and the psychiatric communities about the cultural myopia of our own professional knowledge and expertise. Psychology is only now seeming to grapple with the fact that our knowledge base is so limited and yet we have proceeded as though it is universal.

The final goal would be to intervene in the training of mental health workers who can become over-enthusiastic with the approaches they are taught without being aware that every intervention is cultural in orientation and all treatments are culturally prescriptive.

They are trained to follow the rule of the tool: “I learned to use a hammer and therefore everything is a nail.” This hammer is one element of the tool kit and if we don’t know how to use the rest of the tools, we need to refer to experts that do.

Q: Are there many others who are doing this work?

There are other Native researchers who care deeply about these issues, but most mental health researchers conduct studies that are fundable by major government agencies who are unlikely to go all the way to designing novel interventions based on tribal community consultations.

Science is conservative so it is usually incremental change that gets funded as opposed to completely reversing the approach.

The biggest issue for Native/Indigenous mental health is the dearth of resources. Health care is part of the National Trust obligation to tribal nations, but they have had to spin gold from straw for 50 years, making do with little.

Q: Why is this work important?

The United States is a nation that was founded on stolen African labor and stolen Indian land. How this nation chooses to engage, to champion and to defend its Indigenous people is a bellwether for whether justice is at the center of the American future.

So, the kinds of questions I am raising and approaches I advocate are all attempts to invite America to remedy and repair its tawdry legacy of colonial subjugation.