Research: Societal change will need both policy and behavioral support 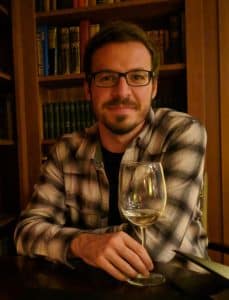 The researchers studied a behavior that benefits groups but does not spread without policy support. They cited the delicate balance of behavior that can spread virally but not if institutional costs are too high.

Hébert-Dufresne noted that his expertise is based on how issues spread on social networks.

“Interacting with this [research] group made me realize we could use disease modeling to study the spread of something positive that is also of great societal importance, like the diffusion of adaptations to climate change.” -- Laurent Hébert-Dufresne, Ph.D., associate professor, University of Vermont

“Interacting with this [research] group made me realize we could use disease modeling to study the spread of something positive that is also of great societal importance, like the diffusion of adaptations to climate change,” he said via email.

Co-author Waring said via email that the research is useful for psychologists because complex simulation models help reveal the interactions between individual behaviors and cognition and group level outcomes.

Hébert-Dufresne cited the balance between bottom-up and top-down influences; while one person cannot change group behaviors on his or her own, neither can resources or policies alone.

He described the disease model as a simple contagion mechanism, recognized as producing continuous monotonic changes in outcome as measured, for example, by its transmission rate. But because individuals both spread the disease [and] set policies as groups, there’s an inherent contradiction.

Hébert-Dufresne noted that the research model pertains to homogeneous demographics and/or resources. While a group that creates an institution to promote a behavior or adaptation, the group might still rely on other groups to influence its members to try the model.

He cautioned, “if these other groups are culturally distinct and not prone to try new innovations,” results could be problematic. It brings up a follow-up topic for future research, he said. 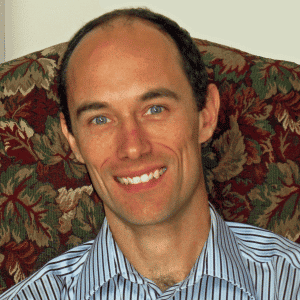 Follow-on research could include how the developed model can help with the creation of design interventions, such as planning where to try pilot programs or the distribution of resources to promote smart collective adaptations to climate change, Hébert-Dufresne added.

Waring pointed out the general implications of social inequality. “If the wealthy can maintain closed groups with more effective institutions, this might hamper the ability of other groups to develop their own effective supporting institutions,” he said.

Hébert-Dufresne observed that the “cost” parameter that researchers considered in their model doesn’t directly correspond to a dollar amount, possibly because of social pressure or expectations. “You would think, for example, that billionaires see less cost to adopting climate-friendly behavior since they can afford innovations and yet that is not necessarily what we see in practice.“

He continued, “Breaking down this cost parameter into its different dimensions would be very important work to better understand the barriers that individuals face when considering new behaviors or innovations that puts their group and collective first.”