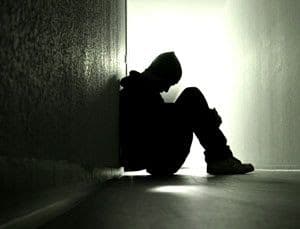 Social isolation. Remote learning. Job loss. Sickness and death of family members. These are just a few examples of how the pandemic has affected children. Now more than ever, kids need mental health treatment and Connecticut-based schools are trying their best to help them.

School-based Health Centers (SBHCs) have existed in the state since 1981, starting with Wilbur Cross High School in New Haven. SBHCs are primary care facilities offering a range of physical, mental, and in some cases, dental services located on school grounds.

Licensed and funded by the Department of Public Health (DPH), the centers have expanded over time. The DPH supports 88 SBHCs in 22 communities within the state, many of them in larger cities and towns like New Haven, East Hartford, Norwalk, New London, and Danbury.

This past May, legislation was passed for the DPH in collaboration with the Department of Children and Families and the Connecticut Association of School Based Health Centers to conduct a study on how to expand school-based services and to identify those schools that still need them.

However, the study has not gotten off the ground. For a variety of reasons, it has remained in limbo since Governor Ned Lamont signed the bill in June.

Among those hoping the research will be conducted at some point is Melanie Bonjour, SBHC program manager at the Connecticut Institute for Communities, Inc. (CIFC). Her organization oversees five SBHC sites—four in Danbury and one in Newtown.

“Covid brought to light a greater need for health care services,” she said. “The social isolation, not being in schools, loss, separation, mental anxiety, kids falling behind academically. We need to do something about this,” she said.

Bonjour noted that the committee to conduct the study was supposed to do so no later than 60 days following the legislation’s passage. She used the example of anticipating a need for mental health services after Sandy Hook in 2012, the mass shooting of 20 elementary school children and six teachers in Newtown, Conn.

Services offered on an ongoing basis were introduced with the idea that people have different stages of grief or even PTSD. There are long-term implications of an incident or trauma. The pandemic is effectively our trauma right now and the kids are showing it, she pointed out.

“What we’re seeing is in two pockets,” she said. “The children in pre-K up to second grade have been showing defiant and aggressive behaviors for the last couple of years—even pre-pandemic. More parents say they can’t control their kids. Then, there’s high school. The kids are anxious, showing risk-taking behaviors, substance abuse, and truancy.”

Clare Gelissen, LMFT, is a behavioral health clinician with the Henry Abbott State Technical High School in Danbury. She said SBHCs are a no brainer and every school should have them. She agreed with Bonjour that COVID has intensified existing problems.

“The social isolation really impacted the kids,” she said. “And if any of them had low level symptoms [of depression or anxiety] to begin with, those symptoms were just exacerbated. Kids are inherently resilient and a lot of them have bounced back from this pandemic. But that doesn’t mean all of them have.”

Gelissen noted that some children actually thrived with a home-bound situation. They were content with not having to get up early, deal with awkward social situations and basically had to get out of bed and turn on a computer.

She mentioned that some of her sophomores had never even been inside the building before this year. Now, they have to adjust to a new normal and it can be jarring.

Cyndy Holt, LCSW, a behavioral health clinician at Broadview Middle School also in Danbury, said for some kids, the pandemic increased the feelings of depression and anxiety they already had. As she put it, “It didn’t create it. It just increased it.”

Holt discussed how she has had students coming in and out of the health center for “fixes,” like they need a break. But the toll of the pandemic has also increased thoughts of suicide. Holt relayed one instance of a girl who came to her last year after coming back from her emergency room visit for suicidal ideation. She said if the health center didn’t exist, the student wouldn’t either.

Holt said she started her career in early childhood education (ECE) and now works with middle school kids. But ECE made her appreciate the concept of early intervention and she sees that as a necessity.

Some people who contracted Covid-19 have ended up as “long haulers,” with lingering health issues. Will there be a mental health “long hauler” equivalent? And is that where SBHCs can show their power the most?

“If there are mental health ‘long haulers,’” said Bonjour, “early intervention of services will help to reduce that.”