Some say new text revisions to DSM not so minor 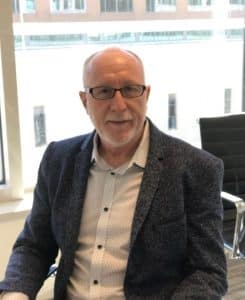 Greg Neimeyer, Ph.D, is the associate executive director and director of the office of continuing education in psychology at the American Psychological Association.

Earlier this year, the Diagnostic and Statistical Manual of Mental Disorders, fifth edition, (DSM-5) had a revision to the text.

A text revision typically occurs when there is new evidence presented or there is a need for clarity on certain aspects within the volume. The manual, now referred to as DSM-5-TR, includes disorders such as prolonged grief disorder, unspecified mood disorder, and stimulant-induced mild neurocognitive disorder.

Also, suicidal behavior and non-suicidal self-injury symptom codes have been added. Terminology relating to race, culture, and gender are also updated to reflect a more modern viewpoint. As one example, Latinx will be used rather than Latino/a.

Roberto Lewis-Fernandez, MD, MTS, professor of clinical psychiatry at Columbia University, is director of the New York State Center of Excellence for Cultural Competence and the Hispanic Treatment Program.

Also co-director of the Anxiety Disorder Clinic at New York State Psychiatric Institute, Lewis-Fernandez was one of the members of the revision committee.

He said the group of approximately 10 industry professionals who worked on the changes wanted to make sure the text reflected, as in the case of race, the “appreciation of the role of institutions in perpetuating racism and other forms of discrimination.”

He said there’s an online portal system in which changes are proposed on an ongoing basis and this update was based on the accumulated data. But when it came to making seemingly banal changes like the use of Latinx, that ignited an internal debate within the Latin community. 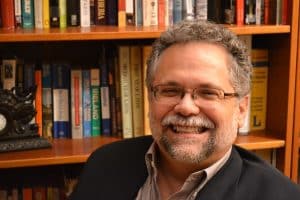 Roberto Lewis-Fernandez, MD, MTS, is a professor of clinical psychiatry at Columbia University.

“Some members of the Latinx community feel that they’re being critiqued for their language. Like we need to be corrected even in the way we refer to ourselves,” he explained. “Latinx is a more inclusive term that recognizes the problems with gender binary, but it faces other people who feel just as strongly that they’re being told their language is inadequate and even their own name for themselves needs to be revisited.”

As in that example, what may seem like a few harmless changes to the text may not be. According to Greg Neimeyer, Ph.D, associate executive director and director of the office of continuing education in psychology at the American Psychological Association, there are more implications to the changes than meets the eye.

“Text revision seems to connote minor changes,” he explained. “But that’s not all there are—it’s a whole range of things. They introduced new disorders, new codes. That’s a substantial change.”

“Text revision seems to connote minor changes. But that’s not all there are—it’s a whole range of things. They introduced new disorders, new codes. That’s a substantial change.” -- Greg Neimeyer, Ph.D, director of the Office of Continuing Education in Psychology, APA

DSM-5 was published in 2013 and caused quite a stir. At the time, it was considered the most controversial update in the manual’s history. For example, some criticized certain authors’ ties to Big Pharma, said it was littered with wording and coding mistakes, that it had modifications of diagnostic criteria and introduced entirely new categories.

For the DSM-5-TR, there were enough new references and suggested alterations that determined a need for an update but not so significant to merit publishing DSM-6. (The American Psychological Association earmarks publication for the next version approximately every 10 years, although some versions have been less than 10 years and some more).

Neimeyer pointed out that the DSM manual tries to coincide with the publication of the ICD, the International Classification of Diseases which is currently in its 10th revision.

He said the manual had a structural makeover. “The TR should be an update of what is,” he said. “There are too many significant changes. It introduces confusion because it implies changes are minor, but they are not minor.”

He discussed changes made to disorders, like prolonged grief disorder. It was originally referred to as persistent complex bereavement disorder and he is in favor of the change. “They put it in as a trauma disorder rather than a depressive one,” he said. “We’re talking loss of a child, violent loss, unexpected loss. These are traumatic losses, so I agree with it.”

In prolonged grief disorder, you must have five or more of the nine symptoms for at least a year after the death of a loved one. Only about seven to 10 percent suffer significant grief in which they are incapacitated even a year later. This distinction is one way in which the DSM is trying to harmonize better with the ICD as prolonged grief disorder is included in the ICD.

Another change Neimeyer agreed with was the inclusion of unspecified mood disorder. That had previously been removed. He said he was glad to see it back and for good reason.

“These are patients who typically fall through the cracks,” he said. “Like bipolar disorder—that’s a lifetime diagnosis. But if you’ve got someone who is a little hyper manic and a little depressive but doesn’t really fit either description, they are unspecified.”

Lewis-Fernandez encapsulated the effort to update the DSM in this way, particularly when it came to racial wording. He said the text should reflect the best work a group of experts could come up with about not only language but also social determinants that have to do with race, ethnicity, minoritization, and other forms of oppression in society.

“These are aspects that could lead to a disorder,” he said. “And it wasn’t only changing a few words here and there, but actually trying to revisit the text in a sweeping way all at once to make sure we were being as fair as we could be based on the given data on those points.”