Schizophrenia: What’s in a name? 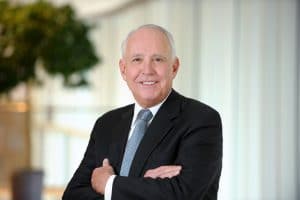 For schizophrenia, quite a bit

Should schizophrenia undergo a name change? For many, the answer is yes in order to destigmatize the term.

A Schizophrenia Research article published in December 2021 surveyed what authors called a “broad array” of clinicians, researchers, government officials, those living with the mental illness, family members, and the general public. Their findings showed that nearly 75 percent of respondents agreed a name change was favorable.

Advocates recognize a name change won’t change the disorder, its symptoms, or the challenges in treatment. And some wonder if the new name would merely be re-stigmatized by association.

The late George Carlin had a stand-up routine on how euphemistic language simply dulls the truth. He cited how “shell shock,” became “battle fatigue,” during the two World Wars, only to become “operational exhaustion,” by the Korean War.

“In other societies around the world, there’s an unease with mental health issues and healthcare professionals aren’t immune to that. It goes back to a time when psychotic disorders were viewed as being possessed by demons.” -- Darrell G. Kirch, MD, president emeritus, The Association of American Medical Colleges

By the Vietnam era, the condition was given the name posttraumatic stress disorder (PTSD) as we know it today. Carlin mused that Vietnam veterans may have gotten the attention they needed at the time if “shell shock,” was still used.

If clinicians referred to schizophrenia by another name, it would not be the first time. In 2002, Japan changed its previously used term for schizophrenia, “Seishin-Bunretsu-Byo” (mind-split-disease) into the new name of “Togo-Shitcho-Sho” (integration disorder).

By 2012, Taiwan and South Korea also changed their terms for schizophrenia—Taiwan to something that meant “disorder with dysfunction in thought and perception” and South Korea to a term that translates as “attunement disorder.”

These new terms were shown to be effective in reducing three kinds of stigma: public stigma, self-stigma, and social distance.

Darrell G. Kirch, MD, president emeritus of the Association of American Medical Colleges, spent several years in academia after a long-standing career as a psychiatrist and clinical neuroscientist.

Early on, his career focused on schizophrenia and he witnessed the stigma experienced by patients and their families. In May 2021, he published an article in Academic Medicine talking about his own struggles. Depression and anxiety have plagued him since he was a young man. But there is an expectation in the medical field, he said, that a doctor should give care, not necessarily need it. He said some of his colleagues struggled with their own mental health issues but chose not to reveal them because of the stigma.

“This is a long-standing societal phenomenon,” he explained. “In other societies around the world, there’s an unease with mental health issues and healthcare professionals aren’t immune to that. It goes back to a time when psychotic disorders were viewed as being possessed by demons. Even the root of the term refers to a ‘split mind.’ People often confuse that with split personalities.”

Charles Stromeyer, IV, a member of the consumer advisory board for the Massachusetts Mental Health Center Public Psychiatry Division, Beth Israel Deaconess Medical Center and co-author of the Schizophrenia Research article, has been both a mental health advocate and a person with first-hand experience.

Diagnosed in 2008 with schizoaffective disorder, he noted not everyone has the same experience with the same diagnosis. Similarly in the article’s survey, many respondents indicated a wide range in severity of symptoms should not be “lumped under” one term but instead described as a “spectrum” of issues.

As one person commented, “Each case is different, and the name should reflect this.” Stromeyer concurred. “I’ve had delusions but never hallucinations. Hallucinations are a common symptom,” he said. “It’s very heterogenous; it can have different symptoms at different times for different people.”

Stromeyer added there needs to be an increase in outreach, inclusion, and education to change how people view schizophrenia—as a health issue and not just a mental health issue.

He outlined other reasons to change the name. For one, the medical profession is supposed to advance. The name itself is 100 years old, is associated with stigma, exclusion, and discrimination, and means different things depending on whether you’re a researcher, clinician, or the general public.

He also noted that renaming it must be at the federal level rather than state by state because everything has to change—textbooks, coding, publication in the Diagnostic and Statistical Manual of Mental Disorders (DSM) and the International Classification of Diseases (ICD), among others.

Stromeyer liked one potential name: “Altered Thought Perception Condition,” which he said could go by ATPC like PTSD or ADHD. Although, there would have to be an accepted full name before there was an acronym.

No matter which term is accepted as the new name, the problem of stigmatization still looms.
Kirch reiterated Stromeyer’s point that what tends to help destigmatize is understanding the biological basis and accepting it as a medical problem.

He thinks tightly integrating the mental health profession with clinics devoted to the health of the whole body would be one way to alter perceptions and the name would simply follow.