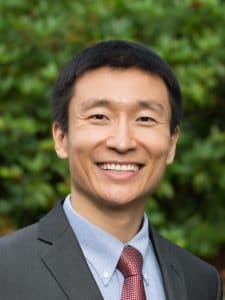 Additionally, medical spending rose by $2,495 per person per month among survivors relative to control participants in the first year. Family members of the injured party also experienced a 12 percent increase in psychiatric disorders.

He was motivated to research the topic to better understand what happens to people who are injured but survive—given that there are twice as many people who live after being shot.

“There is this enormous potential burden of non-fatal firearm injuries that has remained poorly understood,” Song said. “That burden extends from the clinical, psychological, and economic outcomes to survivors and family members.”

“If you think of the survivors incurring a large healthcare expenditure and this magnitude of psychiatric and substance use disorders, it really illustrates the point that these survivors and their family members are not necessarily okay.” --Zirui Song, MD, Ph.D., associate professor, healthcare policy and medicine, Harvard Medical School and Massachusetts General Hospital

Song said his team used a large administrative claims database called MarketScan, which contains the healthcare claims of many millions of working adults and dependents. It allowed researchers to discern the family relationships within the health insurance plans and see how individuals and their relatives are impacted.

He noted that spikes in depression, posttraumatic stress disorders, and anxiety are among the mental health effects for survivors of shootings.

“The family members are not spared either despite not having been shot themselves,” Song said.

Key to the study was that the results were not derived simply by comparing costs and effects before and after the injury. Instead, that comparison was used alongside a 5:1 “carefully matched” control group, also analyzed, that was comprised of people without firearm injuries.

Prior research in this area tended to not use this “quasi experimental design,” Song said. “This methodological point carries with it some novelty in terms of the evidence.”

He noted that spikes in psychological distress, substance use disorders, and increased healthcare costs were “arguably to be expected…However, the magnitude of those increases was indeed striking.”

Song said the results illustrate how “profoundly consequential,” firearm injuries are even if one survives.

“If you think of the survivors incurring a large healthcare expenditure and this magnitude of psychiatric and substance use disorders, it really illustrates the point that these survivors and their family members are not necessarily okay.”

Members of the clinical community may be able to better anticipate the needs of survivors and their families, according to Song.

Rather than focusing on the physical injury of the gunshot wound, mental health professionals can anticipate and devote more attention to the “harder to observe” psychological consequences, he said.

“Clinicians may be better positioned to provide counseling, connect them with resources, initiate treatment and referrals, and anticipate those downstream consequences more ahead of time,” Song said.

He said that future analysis under consideration involves examining children who are injured by firearms and the effects that has on their parents.

Song emphasized that using a method with control groups (as in this study) five times as large as survivors and family members, respectively, makes the results less biased and more statistically rigorous.