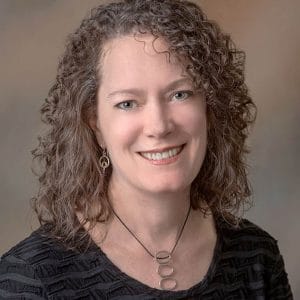 Clare Mundell, Ph.D, did not realize that she would be instigating a landmark court ruling on a 73-year-old law when she brought charges against her employer for equal pay violations.

Working as a pool psychologist for Northern Light Acadia Hospital in Bangor, Maine, Mundell had exhausted the administrative channels available to her and decided to bring her equal pay case to the courts in early 2021.

In a ruling in February, a district judge granted summary judgment to Mundell on her claim of gender-based pay discrimination in violation of the Maine Equal Pay Law. It was the first ruling in the state since the law was enacted. 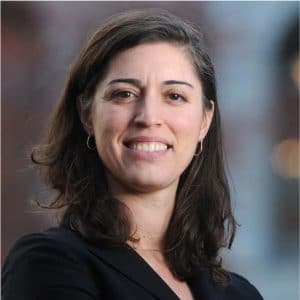 “This was the first decision ever interpreting Maine’s equal pay law,” said Valerie Wicks, Esq., one of the attorneys with Johnson, Webbert & Garvan, who represented Mundell. “This version passed in 1949 and this is the first time a decision was made interpreting the law.”

Since 1949, the Maine Equal Pay Law has been updated slightly to align better with the federal law passed in 1963. Under the law, no employer may pay an employee “at a rate less than the rate at which the employer pays any employee of the opposite sex for comparable work on jobs that have comparable requirements relating to skill, effort, and responsibility.”

District Judge Lance Walker, Esq., said that Mundell was entitled to “unpaid wages” for the time that she was unlawfully underpaid … plus a reasonable rate of interest, costs of suit including a reasonable attorney’s fee, and an additional amount equal to twice the amount of unpaid wages as liquidated damages.”

For Mundell, the decision to bring the lawsuit took some time. She worked for Acadia Hospital since 2017 as a pool psychologist along with two other women and two men in the same position. In 2019, one of her male colleagues mentioned an email he had received reducing his hourly pay by a significant amount.

“I made a joke that I didn’t get that email,” she said, and asked how they were “going to cut us from $50 an hour? He looked kind of shocked and said, ‘Oh, we get paid much more than that.'”

She soon discovered that the two men on the team were being paid $90 and $95 an hour while she and the other two women made approximately $50. The hospital had no seniority or merit system. The men had been paid this amount since their own hiring.

After talking with administration, and being told it would be worked out, Mundell was made an offer of $5,000. She refused this offer as far below what she was owed for backpay alone, which was $57,916.

"I am doing well but that work was my passion and there are only so many places you can work in inpatient psychiatry especially with adolescents, which is what I most enjoyed." --Clare Mundell, Ph.D.

She was subsequently told that their best offer would be a lump sum of $20,000. She then, in early March 2020, put in a two week notice of her resignation. The hospital responded with a notice of termination three days later, effective immediately, denying her the professional courtesy of allowing her to transition patients to new therapists and the additional two weeks of pay.

“Clare tried to figure out a way forward and a compromise that would work so they could have a fair resolution and she could keep doing the important work she was doing with the patients,” said Wicks, “They offered a small amount, much smaller than her back pay amount.”

After filing a complaint with the Maine Human Rights Commission, who then issued her a right to sue, Mundell filed in January 2021.

The suit alleges that that Mundell was a star employee, who “excelled in the pool psychologist position.” In a 2019 performance evaluation, she received an average of 4.97 out of 5 and was described by a supervisor as “a dependable and reliable colleague who presents with a high level of professionalism.”

She had previous clinical and teaching experience, had presented at several national conferences and authored numerous publications.

“Often in these cases, the fight is whether the jobs are similar enough that they should have been paid the same. So here, Acadia admitted that she was performing comparable work." --Valerie Wicks, Esq., Johnson, Webbert & Garvan

Mundell’s team had an ally in her male colleague, who submitted a signed affidavit as part of the court case.

The hospital system agreed that the work done by the male and female pool psychologists and their backgrounds and training were “comparable,” a key piece of the equal pay law.

“Often in these cases, the fight is whether the jobs are similar enough that they should have been paid the same,” said Wicks. “So here, Acadia admitted that she was performing comparable work.”

In his ruling, Judge Walker addressed Acadia’s argument that they should not be held liable since the pay gap was unintentional with a comparison to federal law statue that holds that intention is not a valid argument in determining discrimination in unequal pay. The hospital system’s complaint that it would put an undue burden on them to ensure pay equity was also addressed.

“I acknowledge that my interpretation of MEPL will require employers to track compensation differentials among their employees,” he said in his February ruling, “This hardly impresses me as an absurd result of a pay equality statute. To the contrary, it strikes me as reasonable that the Legislature would impose the burden of knowledge of employee pay on the employers who do the paying rather than place employees in the untenable position to ferret out what their colleagues of the opposite sex are paid.”

He ruled that the hospital must pay Mundell $180,955.90 in back pay, interest, and damages. The hospital has said that the company is committed to treating its employees fairly in past statements but did not return calls for this update.

While the ruling is a relief and financial win for Mundell, she would have preferred, she said, to be doing the work for which she trained and felt called to do. She is currently in private practice in Bangor.

“I am doing well but that work was my passion and there are only so many places you can work in inpatient psychiatry especially with adolescents, which is what I most enjoyed.” she said. “I didn’t have any options to do what I really wanted to be doing. This is my second choice.”

For her, being part of a landmark ruling means that she has made a difference in the fight for equal pay. The main thing she would tell others is to open up the dialogue with colleagues. The burden of sharing information should fall primarily on men, though, not their female counterparts who have far more stigma against them for initiating the conversation.

According to the National Labor Relations Act, it is illegal for employers to ban employees from speaking about wages.