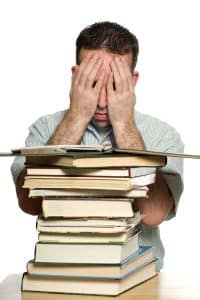 On September 20, the U.S. Preventative Services Task Force issued a draft recommendation statement for anxiety screenings. The panel of volunteer medical experts has recommended that adults between the ages of 19 and 65, including pregnant and postpartum individuals, be screened for anxiety as part of routine medical care. They recommend these screenings regardless of whether the individual has reported current or past symptoms of anxiety.

According to the draft recommendation, there is adequate evidence that psychological interventions to treat anxiety yield a moderate magnitude of benefit for reduced anxiety symptoms in adults. The recommendation was issued with a “B grade,” indicating that the task force believes with reasonable certainty that screening for anxiety in adults “has a moderate net benefit in improving outcomes such as treatment response and disease remission.”

“Brief screenings will help primary care specialists to identify those whose anxiety issues may warrant further attention, which will hopefully reduce the significant lag time between the onset of symptoms and the start of effective treatment,” said Daniel Zwillenberg, Psy.D, a clinical psychologist at McClean Hospital.

Zwillenberg believes that screenings will help those who suffer from anxiety, but who might not express concerns about anxiety to their care providers because of stigma or lack of knowledge about anxiety.

The recommendation statement highlights certain screening tools that are readily available for providers, such as versions of the Generalized Anxiety Disorder (GAD) scale, Edinburgh Postnatal Depression Scale (EPDS)-Anxiety subscale, and Geriatric Anxiety Scale (GAS). The recommendation also notes that anxiety screening tools alone are not sufficient enough to diagnose anxiety disorders. A confirmatory diagnostic assessment is needed if the screening test is positive for anxiety.

According to the statement, more evidence is needed to determine optimal screening intervals as there is insufficient evidence about timing for screenings. The recommendation suggests: “A pragmatic approach in the absence of data might include screening all adults who have not been screened previously and using clinical judgment in consideration of risk factors, comorbid conditions, and life events to determine if additional screening of high-risk patients is warranted.”

The panel also acknowledges potential implementation barriers to screening, citing that fewer than “half the individuals who experience a mental illness will receive mental health care.”

“Many practicing clinicians are fully booked with active waitlists. An influx of patients identified as needing mental health services for anxiety may run into challenges accessing services, especially in clinics that specialize in anxiety treatment,” said Sue K. Adams, Ph.D, a clinical psychologist at the New England Center for Anxiety in Rhode Island.

Jacqueline Sperling, Ph.D., co-program director of the McLean Anxiety Mastery Program echoed similar concerns and added concerns about the limited time providers have to offer and flow of care. “Session duration may need to be reevaluated to make sure that providers can offer the care needed. There also need to be support systems in place and available to facilitate PCPs care of their patients,” she said.

Reconciling support for the potential benefits of anxiety screenings against the reality of limited access to mental health care seems to be the common sentiment among health professionals.

“I hope that when these screenings have the almost certain result of increasing the number of people awaiting services, it will come along with a corresponding increase in will among legislators, insurance companies, and the broader public to provide funding that is commensurate to the size of the problem,” Zwillenberg said.

The recommendation is supported by an evidence review report prepared by the Kaiser Permanente Evidence-based Practice Center and Kaiser Permanente Center for Health Research for the U.S. Department of Health and Human Services. The report titled, “Screening for Depression, Anxiety, and Suicide Risk in Adults: A Systematic Evidence Review for the U.S. Preventative Services Task Force” consists of more than 700 pages of detailed analysis of several studies of mental health screenings.

The comment period for the Draft Evidence Review closed on October 17. Public comments will be taken into consideration before the final statement is published.