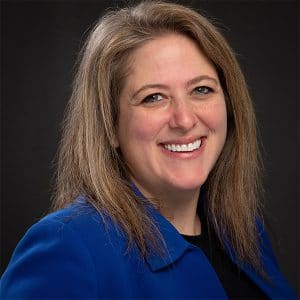 While much of the legislation was originally introduced in 2019, passing it was interrupted by the pandemic in March 2020. These past two years have highlighted the need for mental health care and greater access to health care services. This latest legislation will require health care providers and insurers to boost spending on both behavioral and primary care by 30 percent over three years with the caveat to stay within the state’s cost parameters.

At a March press conference in Dorchester, Baker, a former CEO of a health care company, said the pandemic has only underscored the need to treat behavioral healthcare services the same way we treat other healthcare services, “to put them on a level playing field with respect to how and what we pay for them.”

Baker explained the bill would, among other things, increase access to behavioral health care by increasing the long-term investment in those services. The bill allocates a total of $1.4 billion.

Amy Rosenthal, executive director of Health Care For All (HCFA), a Boston-based non-profit healthcare advocacy group, said her organization spends a lot of time on those same issues of primary care, behavioral health care, and drug costs so it’s difficult to pick one aspect that is more important.

She said behavioral healthcare is a key element. “The mental health piece of health care is often something people forget about,” she said. “The pandemic certainly brought greater attention to that, so we’re pleased that there’s more of a focus on it.”

Boston Medical Center (BMC) released its own statement about how impactful this bill could be for behavioral healthcare. The statement said, in part, “The pandemic has also exacerbated mental health issues for both adults and children – a recent BMC study found that rates of depression and anxiety among children of color aged five to 11 years old increased from five percent before the pandemic to 18 percent during the pandemic. This legislation and the continued focus on and integration of primary care and behavioral health services will go a long way in addressing these currently unmet needs.”

But Massachusetts is not alone in the quest to provide better behavioral health care. In January, Vermont’s Governor Scott proposed a 2022 budget that included an expansion of substance abuse prevention programs.

That same month, Maine presented two separate bills, one to make access to telehealth much easier and the other to expand health care teams across the state to better address mental health and substance abuse crises.

Connecticut kicked off its legislative session in February with an agenda focusing on the high cost of prescription drugs as well as addressing the mental health crisis—particularly in children—with an eye toward expanding the mental health workforce, services available in schools, and the subsequent insurance coverage for those needs.

Rhode Island introduced a bill in March to establish a suicide hotline, mobile crisis response teams, and a “revolving trust fund” to cover the costs of this new system. Similarly in April, New Hampshire presented more than $300,000 in funding for a new suicide prevention hotline.

While much of the feedback for Baker’s reform bill was positive, not everyone is overjoyed. Representative Brian Murray (D-10th Worcester District), who serves on the Joint Committee on Health Care Financing where the bill is currently being reviewed, expressed concerns.

He said the $1.4 billion investment into primary and behavioral healthcare may mean cuts to other areas because overall spending is not increased. He added that cuts may impact community hospitals, which have become “very vulnerable” because of the pandemic. 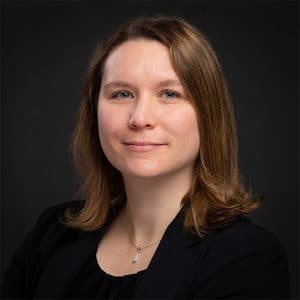 Suzanne Curry, behavioral health policy director at HCFA, weighted in on Murray’s viewpoint:
“There are provisions within the health bill that would provide a bolster to smaller providers which would reduce costs in other areas,” she said. “That’s the intent of this bill.”

Other groups have also criticized the bill.

MassBio, a not-for-profit organization that provides services and support for the state’s life sciences industry, released a statement saying the bill would not reduce out of pocket costs for patients because it fails to recognize the role insurers play setting prescription drug prices.

The organization said the bill would have “unintended consequences” for patients with unmet needs. Additionally, the statement expressed the wish that legislators focus on direct solutions—”such as mandating insurers share drug rebates directly with patients to drive down costs without jeopardizing new drugs reaching patients.”

Similarly, SupportMassCures.com has put out a campaign against the bill saying, in part, “Government price setting means politicians can arbitrarily decide that some patients and diseases are worth more than others—potentially discriminating against seniors, those with a disability, and the chronically ill.”

With the legislative session ending on July 31, Rosenthal said she is optimistic about the bill’s passage. “There are a lot of interested parties who want to see this cross the finish line.”