Kids Count Factbook highlights how families had it tough during pandemic 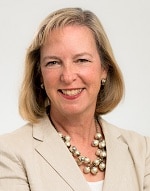 Rhode Island’s children and their families have had a rough year, according to the annual Rhode Island Kids Count Factbook released in May. Kids Count is a non-profit child advocacy group that examined 70 indicators in five areas that affect the lives of children. They are broken down into family and community; economic well-being; health; safety; and education.

The collected data showed three main takeaways: the impact the COVID-19 pandemic had on Rhode Island’s communities; the concentration of child poverty in four core cities: Central Falls, Pawtucket, Providence, and Woonsocket; and the continued racial and ethnic disparities within the state.

The data also showed a drop in adoption rates as well as a lack of access to children’s mental health treatment.

Elizabeth Burke Bryant, J.D., executive director of Kids Count, said only a fraction of the kids with diagnosable mental health issues get treatment. Part of the problem is the fact that there are not enough mental health professionals to meet the need. Also, services are often not readily available.

Bryant emphasized, “That’s not just a Rhode Island problem, it’s a national one.”

She said for a long time, there has been a stigma attached to getting treatment if a child had an issue. She also pointed out that mental health had not been discussed or coordinated enough even at well child visits. “That’s getting better,” she said, “but it’s got a long way to go.”

Like so many things during the pandemic, what already was a problem got even worse.

For many young people, routines were disrupted and they were isolated from family, friends, and teachers.

While a higher demand for child services existed prior to the pandemic, that need for services exploded in the midst of it and afterwards. “It’s not changing any time soon,” she said.

Access to mental health treatment may have a silver lining, however. KidsLink is a 24/7 hotline for parents to talk to behavioral health specialists to get advice on the best level of care and where to find it. Burke Bryant thinks the service should continue post-pandemic.

Ever since Kids Count started its Factbook more than 25 years ago, the organization focused on tracking the disparity on race equity and income. Burke Bryant noted families of color were hit hardest by COVID-19 and those families were already in difficult economic shape.

The population was among the first to have job loss, food insecurity, and housing problems, she said. The disparity extended to education. Remote learning was often problematic, specifically for children without broadband access.

Burke Bryant explained, “We know kids do better in person. But the combination of disparities and differing levels of education through remote learning was worse for some kids more than others,” she said. “And, it was uneven going back to school. Younger kids went back to hybrid school while middle school and high school stayed remote. We have to do whatever it takes so we don’t continued to see these gaps.”

Adoption rates also significantly dropped this past year. “The [30 percent] decrease in adoption was due to the personalization in the services needed to follow the process for families to prepare for adoption,” she said.

“There were virtual sessions during the pandemic and some key partners were doing their best, but there was definitely a slow down because of the pandemic health requirements. But I think that’s going to turn around now. Things are opening up—the courts, other organizations—and getting back to being in-person.”

Despite some of the bad news in this year’s Factbook, Burke Bryant said she is still hopeful that things will change. She said one area is poverty. Before the pandemic, poverty started to decline. But for many families, economic stability disappeared.

“We still have way too many kids in poverty,” she remarked. “The hope is that the Child Tax Credit will make a big difference. It’s an important initiative we hope stays in place.”

Among the top priorities for next year, Kids Count hopes to see positive movement with behavioral health services to kids and families as early as possible. It also hopes to close the racial disparity gap with an eye toward eliminating it entirely. Burke Bryant acknowledged these problems didn’t occur overnight and the current awareness is long overdue.

“We need to look at our systems,” she said. “Kids can’t wait. Their futures depend on us taking on this problem and turning it around.”