Headlines at the Olympics bring mental health issues to the forefront 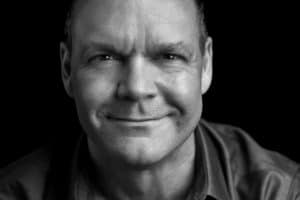 Jeffrey L. Brown, Psy.D., ABPP, is a licensed psychologist and an assistant clinical professor in the department of psychiatry at Harvard Medical School. He is also the Boston Marathon lead psychologist and author of “The Winner’s Brain.”

“Put mental health first because if you don’t then you’re not going to enjoy your sport and you’re not going to succeed as much as you want to. So, it’s okay sometimes to sit out the big competitions to focus on yourself. It shows how strong a person and competitor you really are, rather than just battle through it.”

Simone Biles, one of the all-time top gymnasts in the United States, made that statement for the media at the Tokyo Olympics late July after pulling out of some of the competitions. She later won the bronze medal for her balance beam routine. But her actions put a spotlight on mental health in the sports world. While some openly criticized her for the withdrawal, many—including fellow athletes, celebrities, and mental health experts—applauded her for the move.

No doubt, there’s always the pressure to perform. There was also the added concern over Covid restrictions and outbreaks. Some athletes, including from the U.S., withdrew from the games because they tested positive.

But more than that, there was no feedback from cheering fans and no emotional support. Because spectators were not allowed, that meant no families either. When mom and dad have been your rock from the very first competition, it’s rough having that emotional plug pulled out.

In Michael Rosenberg’s July 27th Sports Illustrated article, he astutely pointed out the mental health issues in both Simone Biles and Naomi Osaka, who refused to meet with the press at the French Open in late May, citing her mental health.

“When Biles says, ‘It’s been really stressful, this Olympic Games,’ remember that her Olympics did not begin when you tuned in to the gymnastics this week. They began before you ever heard her name. When Osaka says press conferences are not good for her mental health, remember that her media obligations do not end with the last question. They follow her wherever she goes.”

Jeffrey L. Brown, Psy.D., ABPP, is a licensed psychologist and an assistant clinical professor in the department of psychiatry at Harvard Medical School. He is also the Boston Marathon lead psychologist and author of “The Winner’s Brain.” He said what many people miss about athletes is that they’re somehow unaffected by life’s circumstances because they compete in high stress situations. People believe they can handle anything.

“Any time someone wants to take time out for their mental health we have to trust that it doesn’t go without considerable thought,” he commented. “I work with a lot of athletes and it’s no surprise when an athlete has an issue. People see them as mentally tougher, but they’re really just regular people. Our culture paints athletes as invincible. But they are no less vulnerable to psychological stress than anyone else.”

Mental health expert Robert Andrews, MA, LMFT, agreed with Brown. “It’s a myth that athletes have it all together. They make it look so easy,” he said. “But they all have issues of self-esteem, insecurity, and financial stress. I see burnout more than anything else. Anyone who says [Biles] quit doesn’t know what they’re talking about. She didn’t quit. She took care of herself.”

When it comes to Biles, Andrews knows firsthand. As the founder and director of The Institute of Sports Performance in Houston, Texas, he has worked with a range of different athletes on their mental health issues, including Biles from 2013 to 2017, helping her through the 2016 Olympics in Rio.
Because of his professional relationship with her, he had an interesting perspective on her withdrawal from specific events.

He saw warning signs ahead of time. Watching the U.S. Gymnastics Championship in June, she made uncharacteristic mistakes—big hops, falls, unsteady dismounts. And then watching the team qualifiers a few weeks before the Olympics, he knew something was off.

“Even watching the qualifiers, every girl looked shocked and overwhelmed,” he said. “Simone has the expectation of being the ‘GOAT’ with no family and no crowd. All of that is adding to the scales and something caused that scale to tip.”

He added it can be devastating at her level to reach the Olympics and not be able to do some of the most basic moves. Suddenly, she doubts her abilities. In an early August interview with NBC Sports, Biles said she couldn’t get a sense of where she was in the air and that just threw her off mentally.

When she discussed having the “twisties,” she was referring to a point when her mind and her body were not in sync. She couldn’t tell if she was up or down or what part of her body she would land on. That can be scary and dangerous. As Andrews put it, “She did the right thing to shut it down.”

He discussed some of the things that can help athletes when they’re feeling off kilter. He called it “tank filling.” It means recharging with other activities away from your sport like cooking or playing the guitar. It’s about responding to stress in good ways, not bad and learning how to have your own voice and knowing when to say no.

That can be empowering for an athlete and as far as Andrews is concerned, Biles showed her power by knowing when it was time to sit on the sidelines.

“I don’t think they take into consideration our mental health because what we do isn’t easy,” she said in an interview with NBC Sports. “But at the end of the day, we’re not just athletes or entertainment. We are human too and we have emotions and feelings and things we’re working through behind the scenes. I think it’s something people should be more aware of.”