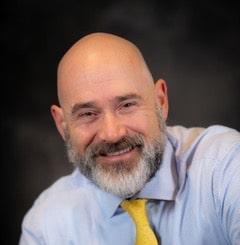 As a young man, Rick Barnett sought to “find himself” through psychedelic drugs. His journey began as exploration but in time became problematic.

However, during this experimental stage, Barnett, Psy.D, LADC, MS clinical psychopharmacology in Stowe, Vermont, discovered that hallucinogenic substances “had the potential to change people’s minds and perceptions.”

Some 25 years later, Barnett became reinvigorated and reinterested in benefits attributed to hallucinogenic drugs through Michael Pollan’s book, “How to Change Your Mind: What the New Science of Psychedelics Teaches Us About Consciousness, Dying, Addiction, Depression, and Transcendence.”

Barnett’s past personal experience and newfound interest in this area led him to enroll in the Center for Psychedelic Therapies and Research at the California Institute of Integral Studies (CIIS). After completing the year-long program, he became certified to offer psychedelic-assisted therapy or conduct psychedelic research when the opportunity presents itself.

According to Barnett, much research has been proposed or already done regarding the use of psychedelics to treat a spectrum of conditions from depression and anxiety, attention deficit hyperactive disorder (ADHD), and trauma, to obsessive compulsive disorder (OCD) and cognitive disorders.

Psychedelics can be a powerful experience, but you still have to live your life and integrate the experience. You can’t keep taking psychedelics to chase a transformation.” --Rick Barnett, Psy.D, LADC, MS—clinical psychopharmacology, Stowe, VT

However, Barnett pointed out that there is no legal path to pursue these studies under current laws. “There are only research trials or underground situations,” he said.

Recognizing that some people oppose the use of psychedelics for therapy, Barnett believes they have an important voice and need to be part of the larger conversation. The best way to change a person’s opinion is to point to research and that body of research is growing exponentially, he noted.

Barnett admits to being a “cautious proponent” and labels psychedelic drugs as “just tools with no real game-changer status.” But this therapy might not be appropriate for everyone, particularly those with psychotic diagnoses, schizophrenia, narcissism, or borderline personality disorder, he added.

Careful screening is important before utilizing psychedelic therapy, warned Barnett. “Fear mongering is overblown if you don’t take into account set and setting,” he said. “If people use [psychedelic drugs] recklessly and don’t know the correct dosage, they could have very negative experiences.”

“Psychedelics can be a powerful experience, but you still have to live your life and integrate the experience. You can’t keep taking psychedelics to chase a transformation,” Barnett said. “We want to educate people as to how awesome it is, but psychedelics are tools, and you need to continue to work on the self.”

Bertha K. Madras, Ph.D, director, Laboratory of Addiction Neurobiology at McLean Hospital, admitted that some studies on psychedelic agents have shown some benefit regarding depression and end-of-life fear, but she has several concerns about the validity of these trials. Madras questions the way studies are conducted, specifically who is included and who is excluded. The subjects are not representative of the general public, she note

d. Also, patients receive lengthy counseling sessions in which expectations are mentioned; during the study, patients conform to those expectations, she believes.

Additionally, Madras questions whether the results of these trials can be brought to scale. Currently, patients are given the agents under tightly controlled circumstances. They lie on a couch in a living room with two people holding their hands while they listen to a playlist of carefully selected music, she said.

“It’s difficult to imagine a doctor’s office or hospital setting aside a dedicated room for the administration of a psychedelic drug,” she said.

Furthermore, if the FDA does approve one of these agents, Madras explained that the substance will move from a Schedule 1 drug to a Schedule 2, 3, 4 or 5 and will prompt a movement to legalize the hallucinogen.

“The U.S. is the wild west of drugs. We have little constraints on use and high tolerance for use. We have not learned lessons from the opioid crisis,” she said.

Madras noted that there is legitimate interest in the therapeutic aspect of trying to understand the neuroscience and she endorses efforts to invest in whether these agents have therapeutic potential. She advocates for investigations that lead to the understanding of the human brain using careful controls and clinical trials. However, she would never endorse the use of a chemical that acts on the brain unless it has FDA approval. Kristin L. Serowik, Ph.D, clinical instructor, Department of Psychiatry, Yale School of Medicine, acknowledged that treatment with psychedelic agents is “potentially really promising, but a lot of research still needs to be conducted.”

She has several unanswered questions:
• Who should receive these drugs?
• What type of adjunct therapy should be used?
• Which agent should be chosen?
• What is the correct dose?
• What are the contraindications, setting, patient mindset, and patient expectations?

Serowik also expressed concern about proper training to administer the drugs and support the client to achieve optimal benefit.

The program that Barnett completed reported that it had trained more than 300 licensed and ordained professionals from 2016 to 2020.

In addition to seeking clarification on the impact these drugs might have on the brain and how to safely treat patients, Serowik pointed out that stigma still exists when it comes to treatment with psychedelics, similar to what the public sees with opioid treatment.

“The public has strong opinions about using substances for substance use disorders versus therapy or support groups,” she said. Robert C. Meisner, M.D., medical director of the ketamine service in the Psychiatric Neurotherapeutics Program at McLean Hospital, reported that there is an extraordinary amount of misinformation and disinformation circulating in the media regarding psychedelic medications.

He noted that whenever a translational agent is being considered, it’s critical that an evidence-based, data driven approach be used to respectfully explore what is known and unknown about the therapy.

Meisner said that for those who subspecialize in translational psychopharmacology with the excitement comes a strong sense of caution and conservatism.

“Just because scientists, doctors and the FDA are interested in and actively performing research on a group of compounds doesn’t mean any one of the compounds should ever be experimented independently with the expectation that …they may provide relief,” Meisner added.