COVID-19 has impact on staffing, long-term effects on patients 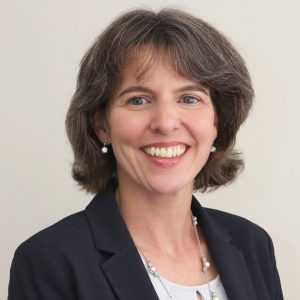 Lydia Conley, JD, president and CEO of the Association of Behavioral Healthcare in Natick, Massachusetts.

The fear of getting infected with COVID-19 kept many people at home—no trips to the hospital or clinics or even doctor’s offices in many cases. But that doesn’t mean those would-be patients didn’t need help.

According to a report from the Centers for Disease Control (CDC) last year, mental health issues, substance abuse, and suicidal ideation drastically increased during the pandemic. Now with more people getting vaccinated, children back in school full time, and travel resuming, patients are flooding emergency departments, clinics, and even their primary care physician’s office.

But more patients mean more clinicians are needed. That’s the flipside of the issue; there aren’t enough clinicians to cover the demand. That’s why there has been a push for multiple bills in Massachusetts—two in the House and two in the Senate—to address not only the access to behavioral health care, but also its insurance reimbursement.

Karin Jeffers, MS, LMHC, president and CEO of Clinical & Support Options, Inc., based in Northampton, Mass., runs her organization with a “one-stop shop” kind of approach to mental and physical healthcare. The organization oversees six mental health clinics in western and central Massachusetts.

“We’re at a point where the workforce is beyond crisis. We’re losing more people than we can get in.” -- Lydia Conley, JD, president and CEO, Association of Behavioral Healthcare, Natick, Mass.

Jeffers said the pandemic has had a major impact on behavioral healthcare. Just getting through the door and maintaining ongoing therapy has been a challenge. She added they’ve experienced a much higher turnover rate in staffing—with many clinical staff seeking higher paying jobs at hospitals or schools.

“I saw a report recently that talked about a 40 percent turnover rate in staff,” she said. This trend, she said, causes a disruption in care.

Lydia Conley, JD, president and CEO of the Association of Behavioral Healthcare in Natick, Mass., agreed with Jeffers that staffing is a real concern. “We’re at a point where the workforce is beyond crisis,” she said. “We’re losing more people than we can get in. And that can be affected by policy changes, which is what the legislation is trying to do. But we need adequate rates for highly skilled people. There is no substitute for the value of compensating them for their service.”

Jeffers acknowledged a decrease in her company’s staffing—about 20 to 25 percent since the initial lockdown in March 2020. “Yet we’ve served about 25 percent more of the population just trying to keep up with demand,” she said. “It feels like a crisis in the industry.”

Behavioral healthcare hits all demographics, all age groups, and all socio-economic statuses. However, Jeffers acknowledged that women have taken the brunt of issues at home and kids and minorities have suffered inequitably in the past year and a half.

“There’s been an increase in kids utilizing crisis services,” she said. “That’s what we’re seeing an uptick in. We already work with the minority population, but there’s certainly been consistency in demand. But with the kids, we’re getting a lot of first timers with new kids we haven’t seen before. About 20 percent more than before.”

Conley said her organization has had the need for mental health help in children, too. When the schools shut down and turned to remote learning, the first line of defense—teachers—was no longer in a position to assess a child with a problem.

“COVID showed us how vital schools are in early referral,” she said. “Usually, we’d get hundreds of referrals from schools. But instead of hundreds, it was more like a dozen.”

Representative Elizabeth Malia is one of the co-sponsors of legislation being pushed on behavioral healthcare and its coverage. She recently announced her plans for retirement and referenced the necessary work on mental health in Massachusetts.

She said, in part, that laws enacted to help things like an increased access to mental health care clearly made an impact, but there is “much more to do.”

She added that with the time she has left, her focus will be on “safety net policies.” She hopes to ensure, among other things, more resources for accessible and affordable mental health programs and substance use disorder treatment.

For Jeffers, that “safety net” can’t come soon enough. They see a lot of co-morbidity with mental health issues. Typically, that means there is a co-existing substance abuse problem. But so far, they’ve also witnessed other serious health issues coinciding with a mental health crisis—conditions like heart disease, diabetes, obesity, and cancer.

An American Psychological Association survey conducted in late February of 2021, showed one of the many fallouts from the pandemic was a decrease in physical health care. Nearly half of those surveyed (47 percent) said they delayed or canceled health care services since the beginning of the pandemic.

Because many people did not seek necessary treatment, hospitals are now seeing an uptick in the number of seriously ill patients—and it’s not just because of COVID-19. In an October 26 article from NPR, emergency rooms are reporting “patients [are] showing up sicker than they’ve ever seen.” Their diseases and other health conditions are “more advanced and in need of more complicated care.”

When asked if she thought there would be long-term mental health effects from the pandemic, Jeffers noted the “long haulers” of COVID-19, who are still feeling adverse effects of the virus months later.