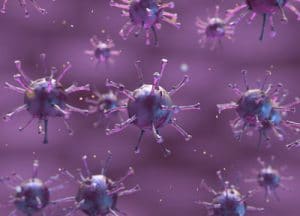 The coronavirus pandemic forced the temporary closure of many mental health treatment programs for high risk youth, leaving them without the structure, social interaction, and emotional support essential to recovery.

How would you say the Boston Child Study Center Virtual Partial Hospital Program is going so far?

Better than I would have expected, very few technology glitches. The feedback we’re getting from informal surveys we send at the end of each day is demonstrating to us that clients are appreciating the service and are noticing improvements in their symptoms.

How were you able to ramp up so quickly for 100% telehealth delivery?

Fortunately, we were already set up and conducting telehealth services for about five years so there was really no transition for our team except for the adaptations to delivering these services not from our offices but from our homes. There are certain clients who have a specific fear about videoconferencing. But for the most part we’re able to deliver all the services, all the group services, family therapy, individual therapy, and exposure therapy per usual albeit through the web.

What did you do?

We started off this process with the whole staff with everyone signed in from their virtual offices and we were able to troubleshoot and take a look at what web viewers were seeing behind them to ensure that it’s both professional and bright and inviting.

All of our therapists were sent Logitech webcams so our clients see a nice bright inviting image when they’re signing in to see a therapist. We have some clinicians who were struggling to find private space either because they have kids or a spouse or both so we had to troubleshoot where they could work in a way that could guarantee confidentiality to our client.

So everyone on staff was able to set up at home?

Not everyone. We have about four therapists who found it just was not possible, either because they have a spouse and they live in a loft so there are no walls, they don’t have separate rooms. Those clinicians were given permission to work out of our Boston or Natick offices. We’ve ensured that they’re all working out of different floors so there’s still a level of quarantine.

Why did you feel compelled to start the Virtual Partial Hospital Program?

Two weeks ago, just about every day program, intensive outpatient program, residential inpatient, many of them closed their doors and sent their patients home abruptly before they were ready to be discharged home.

There was a serious need for a higher level of care for many of these really vulnerable clients who were isolated at home. Sometimes the only social contact was with family members who serve as pretty significant stressors so we developed a virtual partial hospital program that started on Monday.

How does the Virtual Partial Hospital Program work?

We’re on day three and we’re offering mental health, DBT-based groups in the morning and recreational, social exposure, and behavioral activation groups in the afternoons, which has been a huge demand. We have really struggled to keep up with the number of calls and intakes seeking to join this program.

How many calls are you getting?

We’re getting 10 or 20 calls a day. Some are from in-state, some are from out of state. It’s unclear how these families out of state are hearing about us but it seems a lot of the clients who were being seen at residentials here in Boston were told about our services by the programs that closed.

Many college students were sent home abruptly who were attending college in Boston, then sent home across the country and many were international so we’re doing our best to provide as many telehealth services as we can in the states that permit it. We’re trying to work with various boards to give us some leniency for the states that don’t permit it.

What are the credentials of clinicians leading the groups?

We are mostly psychologists. We have a few social workers and LMHCs. The afternoon groups are mostly psychologists although we have a couple groups being led by teachers in the community who have volunteered to do expressive writing and music lessons. We’ve got a chef from the community who’s done some cooking classes. We’ve got a yoga instructor who’s providing yoga virtually and the kids are participating in their bedrooms or living rooms.

Can the participants see each other?

Why is that good for them to see everyone’s faces?

They’re really longing for social interaction and it’s a pretty diverse group in terms of pathology and age because we’re stretching our limits a little more than usual. We’ve got kids as young as 11 and as old as 21 all working together and connecting and participating at their own pace.

Some kids are not as comfortable with being seen so they turn their camera off but participate. They can still watch what we’re doing and contribute verbally.

What about technical challenges? Are you concerned some clients don’t have the capability to connect?

The technology has not been the issue. Some families have a pretty weak internet connection, which has provided some difficulty so we put video tutorials together where families can troubleshoot their IT issues. They can check the speed of their internet, they can attempt to connect directly to their modems with direct Ethernet cords.

Our platform is very simple. You just click a link and you’re in. I ran a couple studies on internet-delivered treatment back in my post-doc at the BU Center for Anxiety and one of the things we took away from those studies is that the fewer steps and the fewer pieces of equipment involved, the better.

At that time, we were using WebEX and it was very clunky. So I’ve switched to Google Meet. Their business suite line of services they offer are HIPAA compliant. A lot of people use Zoom but families have to download software. For some, it’s simple. For others, it’s really not, so we’re sticking to Google Meet.

How are staff and clients adapting to find private space at home without any distractions?

The sessions themselves are largely not too different for the clients, and the research we have shows that they’re no less effective, but there is an additional burden on the therapist and the client to do some prep work to get that started. For example, ensuring that they’re in a room that’s private.

What steps do you recommend for holding telehealth sessions?

We usually recommend that they lock the door so other family members don’t just walk in on them. We try to help them to make sure the lighting is more or less sufficient. For the clients who are open to something extra, we recommend a Logitech webcam which does a really nice job of correcting for lighting and sound.

And we often recommend that our clients and therapists use headphones because the audio is just a lot clearer typically.

What priorities have you let go of or had put on hold?

I’d actually just gotten back from a trip to Los Angeles where we were searching for new office space. If this weren’t happening right now, I’d be in the process of negotiating those terms and the build-outs and I had to put all that on hold so that we can ensure our clients were getting their needs met. And part of that has been setting up this virtual hospital program. The second biggest pull has been supporting my staff.

You’ve been traveling so how are you feeling and how is your staff?

As far as I am aware, all of our staff continue to be healthy, myself included. We took significant precautions returning from L.A. The airlines were remarkably supportive and very conscientious of being very clean and separating people.

I flew back to Boston on Thursday last week, landed at 5 a.m. on a redeye. There were eight people on the flight. I was fortunate to be able to upgrade to their midsection so that I could guarantee I wouldn’t be sitting near anyone so I think that contributed to why I’m still feeling healthy.

What advice then do you have for other clinicians who are transitioning to telehealth services?

Use a platform that’s very simple. I think Google Meet and Zoom seem to be the two most popular. And purchase a pretty cheap $60 Logitech webcam and headphones so that your audio and visual are really clear for your clients.

Don’t try to change too many things at once or I think clinicians will get pretty overwhelmed. I’ve been consulting to programs in the Boston and the L.A. area to help them get their telehealth programs set up and there’s a lot of anxiety among the staff who are not used to this.

So what is keeping you up at night?

I think the thing I’m most concerned about for our patients and for my staff is how long this will last and the impact of everyone, staff and patients included, being this isolated for a prolonged period of time.

The lack of inpatient residential and higher levels of care for clients has me very concerned about increased suicide risk, which is why we started the virtual partial to try to bridge some of that gap.

What protocol do you have in place in case a client in crisis needs to be seen in person?

If there were a client in crisis and they were feeling that the web was insufficient to really conduct a complete and thorough risk assessment, we do have a protocol in place for myself and my partner to conduct that at our center in person.

It has not been necessary so far but we have that in place for just peace of mind among the staff. I think there’s a myth that more is lost than there really is when we’re conducting treatment over the web.

We see a tremendous number of high-risk, highly suicidal patients engaged in self-harm so this is standard part of our practice anyway. Because we’re DBT clinicians, we’re often conducting these risk assessments by phone. It’s not really that different.

If someone needs to be hospitalized remotely, we’re used to that as well. If a teenager calls us in the middle of the night and they’re acutely suicidal, they’re not face to face anyway. So we’re used to this assessing and establishing safety either with the support of a patient’s parents, emergency services, or both.

What opportunities do you see emerging from this crisis for improving mental health care?

I think the silver lining in this whole tragedy is it forced those of us who are uncomfortable with technology to learn and become comfortable with it. It forced families who might otherwise be reluctant to adapt to realize that it’s quite effective. Hopefully it will also force managed care companies to fast forward the reimbursement process. Many insurance companies were not previously reimbursing for telehealth and I think this is going to push most, if not all, to really have to do so.

Janine Weisman is an independent journalist based in Newport, Rhode Island. Follow her on Twitter at @j9weisman.