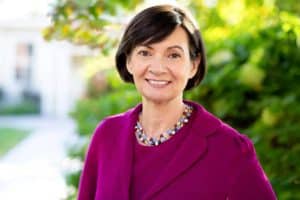 Although New Hampshire House Bill 1639 to make the Youth Risk Behavior Survey (YRBS) in schools opt-in instead of opt-out is now off the table this year, individuals on both sides of the issue have strong views when it comes to either potential outcome down the road.

The Youth Risk Behavior Surveillance System (YRBSS) was developed by the Centers for Disease Control and Prevention (CDC) as an opt-out program to maximize participation and expand data collection as widely as possible.

Through a system of surveys including a national school-based survey and local surveys conducted by state, territorial, and local education and health agencies and tribal governments, it monitors six categories of health-related behaviors that contribute to the leading causes of death and disability among youth and adults.

National and state health and education officials use this anonymous data to track trends and develop health systems and policies to prevent and address risky and unhealthy behavior in high school students. The CDC recently completed a nationwide survey of more than 7,700 high school students. They found a third stated they experienced stress, anxiety, or depression during the COVID-19 pandemic and nearly a fifth reported seriously considering suicide.

The bill, introduced on Jan. 5, 2022 and sponsored by State Representatives Ralph Boehm (R-Hillsborough County District 20) and Glenn Cordelli (R-Carroll County District 4), would require a school board to annually approve the YRBS before administering the survey to students and requires a parent or legal guardian to opt-in to participation in the survey.

“Organizations like NAMI NH use this data to help demonstrate the need for such funding and to develop interventions and trainings that target schools and communities with youth at the greatest risk.” --Susan Stearns, NAMI NH executive director

The NH House and NH Senate held a committee of conference on the YRBS bill on May 17 and were not able to come to an agreement regarding the differences in their positions. Therefore, it will not be going forward this year.

National Alliance on Mental Illness New Hampshire (NAMI NH) Executive Director Susan Stearns said her organization “is pleased that the YRBS will remain an opt out survey, as it has always been, so that “the voices of New Hampshire’s most vulnerable youth can be heard.”

“The YRBS data is essential in leveraging grant funding to address issues like youth suicide prevention here in New Hampshire,” she said. “Organizations like NAMI NH use this data to help demonstrate the need for such funding and to develop interventions and trainings that target schools and communities with youth at the greatest risk.”

NAMI NH is a grassroots nonprofit agency that offers support, education, and advocacy for individuals, families, and communities affected by mental illness and suicide. It has used YRBS data to successfully apply for a Youth Suicide Prevention grant from SAMHSA.

“Without this data, NAMI NH and its mental health partners would struggle to obtain the information necessary to demonstrate to funders that there is a need for suicide prevention and other mental health programing in the schools,” Stearns said. “Most significantly, we would lose the voice of New Hampshire youth and be unable to effectively respond just as our young people are struggling more than ever.”

For the bill sponsors the issue is monetary. Boehm, who was the original sponsor of the bill a year ago, said he feels “all non-academic surveys should be opt-in.”

“It serves no purpose other than wasting time and wasting taxpayer’s money. If it was opt-in, then parents would actually look at the survey.” --Ralph Boehm, NH state representative

“Schools were being paid to do the survey,” Boehm said. “I see that as selling information.”

In addition, he said the survey is not as anonymous – or accurate – as people believe, noting a mother who testified that her son put down that he was a Black female.

“The problem with YRBS is that you can pretty much determine what kid it is and what kid is on drugs,” Boehm said. “When I was on the school board, all the kids were taking it as a joke and putting in ridiculous answers – and this is going on across the state. I think maybe one third of the answers are real.”

He said organizations such as the New Hampshire Association of Chiefs of Police “want it mainly because they are getting money” and that “the studies are meaningless to prove they need jobs and to get grants.”

“It serves no purpose other than wasting time and wasting taxpayer’s money,” Boehm said. “If it was opt-in, then parents would actually look at the survey.”

He said they plan to make some changes to the bill and get some new sponsors, including “five new senators that will be there next year.”

“We in the House are listening to the people. The Senate is listening to the lobbyists,” Boehm said. “They give very little credit to parent and the citizens. This is something I have been fighting for years.”