Survey: Households with children reported feeling down, depressed, or hopeless 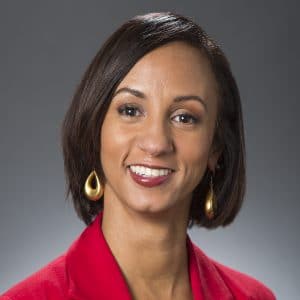 Since last March, feelings of hopelessness, loneliness, and isolation are simply commonplace. What initially was presumed to be a shutdown for a few weeks has been prolonged into a year. People of all ages are experiencing the effects of the lack of normalcy. But children, adolescents, and young adults in particular are showing the strain.

In an American Medical Association podcast in mid-February, Patrice Harris, M.D., M.A., discussed the mental health issues resulting from the pandemic. In her estimation, it’s necessary to have serious conversations—and serious action—about what she called “COVID fatigue” or “hitting the wall.” She considered it a warning sign.

“COVID has amplified issues around loneliness and disruption of lives,” she said. “Before, there were opportunities for that human connection to be with friends, to be with family members. COVID has certainly disrupted that. COVID has disrupted a sense of safety.”

Last fall, the Annie E. Casey Foundation (AECF) released a study reporting the deleterious effects on children in the U.S., specifically in the areas of mental health, food insecurity, and economic instability.

Much of the information was culled from the U.S. Census Bureau Household Pulse survey. Mental health was already a pressing issue for young people. Now, they’re struggling to cope with isolation and grief associated with the COVID-related deaths of family and friends.

More than 20 percent of households with children reported feeling “down, depressed, or hopeless.”

In a released statement, AECF President and CEO Lisa Hamilton J.D., pointed out the immediacy for action in this country based on how the pandemic has affected children and their families.

“America’s children are in crisis,” she said. “All across the country, families with children are struggling to overcome an unprecedented convergence of emergencies. We need immediate and decisive action from policymakers that prioritizes equitable solutions to help families survive this catastrophe.”

Leslie Boissiere, AECF’s vice president of external affairs, said it was the responsibility of legislators to help families and to do it quickly.

“Policymakers have a responsibility to make fair policy choices so the recovery is equitable recovery,” she said. “Right now, we are fortunate that Congress is debating these urgent issues. But recovery will depend on how swiftly things happen.”

The pandemic has been no stranger to every city, town, and community in the country. In New England, households with adults and children reported an increase in not having enough food to eat, not being able to pay the rent or mortgage, lacking health insurance, and feeling down or depressed, according to the AECF report.

All of the New England states were relatively within the same margins. Although, some states fared better than others.

The highest rates for food insecurity were Rhode Island at 18 percent and Connecticut at 14 percent while Maine showed only seven percent in comparison.

Rent or mortgage problems hit a high in Connecticut at 20 percent and Rhode Island at 18 with Vermont coming in at a low of 10.

Lack of health insurance showed the lowest percentages with Connecticut at six percent, Massachusetts and New Hampshire at seven, Maine and Vermont at five, and Rhode Island at eight percent.

But the biggest jump was the level of depression. Rhode Island showed 25 percent of residents felt down, depressed, or hopeless while Vermont was 22 percent. Massachusetts was 20 percent; Connecticut came in at 19 percent and Maine was close at 18 percent. New Hampshire was the lowest at 15 percent.

Looking at the national averages, food insecurity came in at 14 percent, rent and mortgage at 18 percent, lack of health insurance at 12 percent, and depression at 21 percent.

Racial inequity was a major issue covered on the report. For example, the national average of those lacking health care was 12 percent, yet Blacks were 14 percent and Latinos were 22 percent.

“What surprised us [about the findings] was how far-reaching the economic downturn was across all basic needs in such a short time,” said Boissiere. “It laid bare the disparities between Black and white kids–everything from access to enough broadband, health care, housing security, and food security. Just the magnitude of it was a surprise.”

She added that communities of color often work in health care or are essential workers. In early March, an Associated Press-NORC Center for Public Affairs Research survey reported approximately four in 10 Americans are still reeling financially from the pandemic. Yet, some have been financially devasted while other remained completely unscathed, all of which depended on the type of job they held and their annual income.

The information further showed that the pandemic “particularly hurt Black and Latino households, as well as younger Americans, some of whom are going through the second major economic crisis of their adult lives.”

So, what could help alleviate what the AECF termed “pandemic pain points?”

“What we know to be effective are things like the earned income tax credit which makes earnings more available to families, having temporary assistance for needy families, and expanding housing programs,” she explained.

“We need the expansion of things we know work. All of those solutions need to continue.”

But it’s clear that recovery remains uneven in its forward trajectory. Boissiere noted, “All of this shows it requires immediate intervention.”