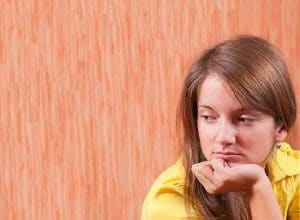 The American Psychological Association (APA) issued the results of its first Stress in America Survey in 2008 as part of its Mind/Body Health Campaign. The results of that survey, which measure attitudes and perceptions, leading causes, common responses and the impact of stress on our lives, found that women experienced the highest stress levels and the economy emerged as a major stressor.

More than a decade later, while the economy still remains a significant stressor, other factors have had a profound impact on the current survey results, specifically, the COVID-19 virus, racism, and the presidential election. The findings suggest a growing national mental health crisis.

Between August 4 and August 26, 2020, 3,409 adults living in the United States took the online survey, which was conducted by The Harris Poll on behalf of the APA.

While the survey results show that the country is facing a serious mental health crisis with the potential for social and serious health consequences lasting well into the future, one demographic in particular emerged as experiencing unusually high levels of stress.

Emma Adam, Ph.D, Edwina S. Tarry Professor of Education and Social Policy, professor of psychology and psychiatry and behavioral sciences at Northwestern University, was part of the team that conducted the survey.

She reported that the correlational data obtained from the survey suggested that a combination of economic and social factors, particularly loneliness, have prompted the high stress levels in Gen Z adults.

“They are experiencing uncertainty about the economy, their education and their future,” Adam said.

Most Gen Z’ers have moved out of the family home and reside in a smaller household, often just one or two people. This breeds a high level of loneliness, according to Adam. “Moreover, eight out of 10 report they are not getting the social support they need.”

Adam explained that this age group cites a lack of support from close family and/or friends as well as professional support in the form of counseling from a therapist or clinician.

“We have all been impacted by the pandemic, which has limited in-person access to family and peers, she said. “There has also been a strain on mental health services during this time.”

Gen Z adults who are in college find it challenging to look ahead to a career. “The economy has impacted employment uncertainty,” Adam said. “Two-thirds of Gen Z’ers say planning for the future feels impossible.”

She pointed out that during the young adulthood stage of life, individuals set goals and find their place in the world socially, educationally, and career-wise. “These goals are stymied by the pandemic and the economic downturn,” said Adam.

Adam hypothesized that Gen Z adults have greater awareness of momentous events, having lived through the 9/11 terrorist attacks and the Great Recession. “They are old enough to have watched their families go through tough economic events,” she said, noting that they have witnessed the effect of fiscal uncertainty on their parents and are now facing a similar situation.

Another unexpected finding was how many of those surveyed across the board were concerned about discrimination, racial unrest, police violence, and the 2020 presidential election.

“Together these factors are causing cumulative stress. However, I was pleased with the degree of engagement,” Adam said.

In her role as a developmental psychologist and stress researcher, Adam offered some practical advice for managing stress during these trying times. Adequate sleep and keeping to a regular schedule for all daily activities is key.

“Predictability is a good way to regulate stress,” she said. “During the pandemic our schedules have gone awry.”

Additionally, Adam suggested getting regular exercise and maintaining adequate social contact. Meditation or mindfulness also serves as an active intervention. She added that formal therapy, cognitive behavioral therapy (CBT) or medication might be helpful, although she recommended the latter as a last resort.

According to Adam, during the last 10 years, there has been a trend toward greater depression in adolescents. Now that they are adults, the origins for today’s stress levels may be found in their past. She reported that data from other studies shows a high recurrence rate of depression.