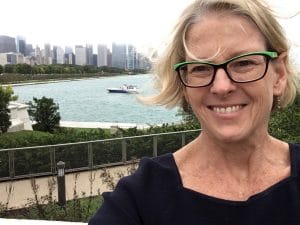 In the program, mental health clinicians work with `cultural brokers’ who provide assistance in bridging the gaps in language, culture, and health care. They work with children, adolescents, and their families who have been impacted by persecution, resettlement, and acculturation.

The program operates in Lewiston, Biddeford, and Portland and has since added South Portland and Westbrook locations. Considering recent unrest in the Middle East, here’s an update:

In 2021, many refugees still come from The Congo, Somalia, Rwanda, Angola, Turkey, Iraq, and Ethiopia. But the program is starting to see an uptick in refugees from Afghanistan.

ShifaME Program Director Sarah Ferriss, DSW, LCSW, said the organization doesn’t get involved in resettlement. Rather, it focuses on the mental health of refugees and asylum seekers while also securing housing, basic needs, and getting their kids in school.

Referrals typically come from the community or the area’s schools.

“We’re still focused on mental health, but we also have to focus on safety, not getting evicted, and keeping kids in school,” she said. “We’ve been in a different kind of mode than we’ve ever been.”

In years past, ShifaME was funded by the Substance Abuse and Mental Health Services Administration (SAMHSA), but that is no longer the case. Services are now maintained through grants and private donations.

Ferriss said they also have “flex funds” for such urgent needs as a security deposit on apartment or winter clothes. When circumstances allow for insurance coverage, they will submit a claim. But that doesn’t happen as often as those involved would like.

“We bill MaineCare when we can, otherwise we are on our own,” said Ferriss. “It’s sustainable, just harder.”

The organization works on a four-tier system of community outreach, skill-based groups within the school system, trauma therapy, and safety-focused treatment. During an average 12-week program in the schools, clinicians and brokers meet once a week for an hour with children in grades four through eight. They usually have around 20 groups of eight kids each.

However, those groups couldn’t meet last year after the lockdown. This academic year started with six groups for a 12-week session running in the fall. Another 12-week session is planned next spring. Each session will have different children attending in an effort to maximize the number of children the program can reach.

Ferriss talked about how different the experience can be coming to this country if you are a refugee as opposed to an asylum seeker. Refugee status allows for insurance coverage, but the asylum seeker does not have that safety net.

However, that hasn’t stopped people from having the desire to start a new life here. According to recent data from the Pew Research Center, the United States allowed refugees into the country more than any other nations combined.

More recently under the Trump administration, new security vetting procedures were put into place that lengthened the wait times for people seeking refuge. As of 2020, the U.S. “settled only 11,814 refugees—the fewest in any year since the creation of the U.S. refugee program,” according to the data.

Ferriss referenced the previous administration’s strict immigrant policy and the current administration’s attempt to reverse that. Under President Biden, she sees a significant shift—families feel like there’s more tolerance and they feel safer. Even so, she said those children of asylum seekers tend to be kids identified in school because they are clearly traumatized.

Founded in 1960 in Portland, Spurwink originally served only eight boys. Today, it serves thousands of children, adults, and families throughout southern Maine every year. The organization has been providing a broad range of mental health, educational, and residential services for Maine residents and ShifaME is just one of its specialized programs