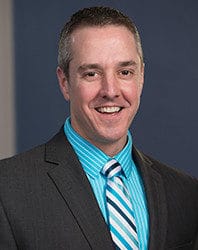 Christopher M. Palmer, MD, is the director of the department of postgraduate and continuing education at McLean Hospital in Belmont, Massachusetts.

Just over one year ago, the whole world shut down. People stopped going to work, to school, to restaurants and movie theatres. There are some Americans who have still not gone back to doctors, dentists, or therapy sessions, at least not in person.

For those in the working world who are lucky to still have jobs, things did not shut down so much as move online. A new verb, “to Zoom,” became common. Individuals slowly figured out where the mute button was and to remember to shut the door and to hide the dog’s squeaky toy before logging on.

As psychologists, the option to work virtually meant that mental health care could continue. But what about other parts of the job, like continuing education, for example? Most of that has also moved online, with varying degrees of success, but do you get as much out of it? And what happens when we are allowed to congregate more openly, what options will be left?

In the world of continuing education, the first question of the pandemic was whether to move to remote programming or cancel events. For some, like Brattleboro Retreat, a psychiatric and addiction hospital in southern Vermont, the decision was made to cancel programming rather than invest in the equipment and training that it would take to move online, especially since no one expected it to last this long. But that does not mean it won’t be back, just not quite yet.

“We do have a long and proud history of offering continuing education to a variety of practitioners in mental health,” said Brattleboro spokesperson, Jeffrey Kelliher. “It is part of our identity as a hospital.”

“I am hearing enthusiastic and passionate pleas on both sides of the fence.” --Christopher M. Palmer, MD, McLean Hospital director, department of postgraduate and continuing education

For the New Hampshire Psychological Association, feedback on the results of moving it all online has been mixed.

“I think online CE has been a double-edged sword,” said Jena Mottola, executive director of NHPA, “On one hand, psychologists can access trainings far and wide that perhaps were not accessible to them prior. The same is true for NHPA being able to access trainers for our workshops.”

The biggest concern, she said, was a flood of online offerings of which therapists need to be wary. They must make sure that they fulfill licensing requirements.

“So many folks are popping up with CE options and they are not all created equal,” she said.  However, she added, “I see very positive things coming out of remote learning. I predict that many offerings will continue to be virtual, but we will most likely move to in-person events once or twice a year.”

At McLean Hospital in Belmont, Mass., which hosts a series of mental health conferences in conjunction with Harvard Medical School, they are hearing similar responses.

“I am hearing enthusiastic and passionate pleas on both sides of the fence,” said Christopher M. Palmer, MD, director of the department of postgraduate and continuing education. “Some are saying, ‘This is fantastic. I would have had to travel across the country to be here and arrange childcare. Please continue doing this after the pandemic.’ Then I hear from others saying, ‘I miss live interaction and networking with colleagues.’”

The one benefit of online programming that doesn’t get used enough, Palmer added, is the use of online polling or quizzes during the session.

“Adult learning theory tells us that adults don’t actually learn effectively by listening to a 50-minute presentation and then a 10-minute Q&A,” he said. “It only happens when you engage them and force them to make decisions, like through interactive polls. Then, if you follow up over time, send an email reminder, like ‘Remember that new treatment? Have you tried it? What went well or what went wrong?’ and then follow up with responses, that is how you change clinician behavior. So, the online platform is more amenable to that.”

While it’s great to have more technological options, humans were not built to stare at a screen for hours at a time.

“A lot of people are experiencing ‘Zoom fatigue,’” said Palmer. “Sitting in front of a computer is not the same as being in a live location. It does not allow for networking with colleagues.”

Some attendees used to use the conferences to catch up with friends and colleagues while others brought families along and extended their trip to take a Boston-based vacation.

How the field will evolve, now that everyone has had a taste of providing and attending virtual programming, remains to be seen.