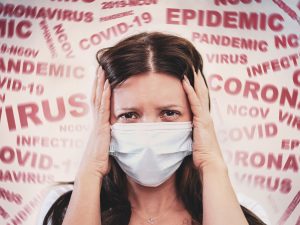 When everything shut down in March, most of us were caught off guard, not sure how best to proceed and with far more questions than answers. For psychologists, a need to rapidly move to a fully remote version of what was once an in-person practice was a bit daunting. Add to that the many concerns about billing, support staff, handling finances, and the great unknown about the potential danger of the virus.

While there were many fast-acting licensing boards who made provisions for adjusting to the new normal, from a relaxation of inter-state practice rules to an allowance for alternative platforms for delivering therapy, licensing requirements took a little longer to catch up.

And this (situation) was, at first, a problem since some licensing boards require live, interactive, continuing education programs.

For the New Hampshire Psychological Association, the rapid shutdown of all in-person continuing education threw organizers a challenge they were somewhat uniquely prepared to face.

With an ethics workshop scheduled for April, they quickly decided to move online. Since they had been streaming their live programming since spring of 2018, the somewhat novel use of meeting software, like the now ever-present Zoom, was already familiar to them.

“So, when COVID-19 hit, we had already had some experience under our belt with regard to viral but still live workshops.” said Jena Mottola, NHPA’s executive director. “We contacted The Trust, who was co-sponsoring the event, so we could regroup. We assured them that we could retain that interactive piece critical for licensing.”

The ethics seminar, co-sponsored with The Trust Insurance Group, is a popular annual offering that includes a discount for professional liability insurance. The move online resulted in a 60 percent increase in attendance with participants now joining from across the country.

With the success of the seminar, the CE committee began to look at other ways they could use their expertise and position at the forefront of the interactive on-line boom to provide programming and work with providers they may not have been able to bring to New Hampshire in the past because of cost or distance.

Most years, the association offers up to four workshops and symposiums. This year, they have been able to offer eight and are constantly looking to add more content.

“So, if someone has a great idea,” said Mottola, “we love partnering.”

Working online, while it offers different challenges, has also allowed them to move more quickly to respond to current demand and to provide options.

“One thing we have found,” said Jacki Reinert, Psy.D, the CE committee chair, “is that we are able to respond to certain types of requests for training and we are able to schedule them more quickly because we no longer need to find physical locations.”

State associations across the country were looking to transfer their own programming to remote access. With little experience working with the format, some reached out to NHPA for guidance. The result, said Mottola, has been a new kind of partnership with other associations, one that offers mutual benefits.

Creating programming with other associations helps to increase their own offerings and NHPA can provide APA accreditation.

“Not every state is APA-accredited,” said Mottola. “Maine doesn’t have that accreditation because…psychologists are not required to take APA-accredited CE [for licensing]. But if there is a Maine psychologist who wants to be licensed in New Hampshire, they need to follow our guidelines.”

The NHPA has been working on getting accredited for home study programming, which would allow psychologists to take a virtual course on his or her own schedule. After a lengthy application period, the programming should be going online in the new year.

Eight months in, the online market has become somewhat crowded with options for continuing education programming, a fact that concerns the NHPA organizers because the money raised is the association’s main funding source for salaries for part-time staff, advocacy work and supporting psychological practice in the state.

“Our members need more support now than ever with regard to concerns about insurance, telehealth, changes around Board of Psychologists’ policy and all the questions that have come up this year,” said Mottola. “Early on, we fielded a lot of questions and concerns. There were so many and no one knew where to turn.”

With the success of the online programming, the CE committee has started talking about what things will look like when the pandemic eventually ends.

“We have talked about the future,” said Reinert. “I do think we would want to have at minimum one in-person event because it’s a way to see each other. I know they will request it because they are already saying how much they miss the opportunity to connect.”

But, with the success of online programming, one can expect a mixture of both options in future.

As NHPA board member, Kathryn H. Robbins, Ph.D., pointed out, “Clearly the virtual world is here to stay for some time, and maybe indefinitely.”