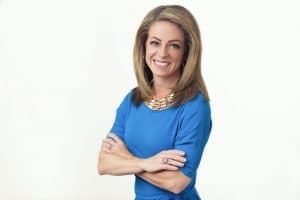 After several months of a pandemic, mask wearing, hand sanitizer, and maintaining a social distance is like second nature for most people. The need for those measures is not lost on Margaret Lanca, Ph.D, director of adult neuropsychology and psychological testing and training at Cambridge Health Alliance (CHA) outside Boston.

She developed a method of careful observation while keeping both patient and clinician safe.

With computers, monitors, and cameras, clinicians can guide patients through an evaluation from a separate room while maintaining a visual connection with that patient. As neuropsychology is typically a hands-on discipline, this (approach) was a way to keep therapy intact without endangering the health of the patient or the clinician.

Lanca said that neuropsychological exams can often take several hours, depending on the reason for the exam. Because clinicians see kids, adults, and even geriatric patients, there is a broad range of disorders and conditions to address.

“We have to evaluate the extent of the thinking problem,” said Lanca. “For example, we would do an evaluation for a person with dementia who has increasing memory problems, or a patient with epilepsy or multiple sclerosis. We would evaluate the memory, the attention span, the language to see to what extent the disease or condition has impacted that person.”

Lanca acknowledged that altering the examinations to fit COVID specifications has been a challenge for her field of practice. However, reconceptualizing the steps to examine a patient remotely isn’t new. This kind of virtual contact had already been in use since the early 2000s.

But, it hasn’t been used on such a wide scale until now. Primarily, it was meant for patients who lived in more remote or rural areas where getting access to care was much more difficult. But now, the model is something they’ve had no choice but to adopt more broadly.

Lanca said it probably wasn’t until the early summer that they had procedures in place to see patients successfully. CHA wanted to make sure they were doing things well, not fast. But trying to operate a virtual model is not as quick and easy as one might think. The costs involved can also be steep.

“Increasing the technology in the office, updating computers and software, locating space to be able to work separately, having enough PPE. All of that is costly,” she explained. “And in some cases in which neuropsychologists are doing in-office work, they have to get face shields and install plexiglass. For many of us, we also had to wait until the lockdown lifted in order to start office hours.” He works with kids ages four to 24. His organization launched into service a little sooner than CHA with a start in May. He said by June, they had already seen about 150 patients.

He pointed out the need for testing didn’t go away when schools shut down and pediatrician offices cut their hours. It was clear by the early summer—both regionally and nationally—that a remote platform was necessary.

His organization hit the ground running with virtual appointments and remote questionnaires to get as much information and contact flowing as possible. As things have opened up with Governor Baker’s second phase, Children’s Neuropsychological Services started to see patients in person by July.

Once his organization got the go ahead in-person visits, Mautz and his team simply finished the testing they started remotely saying, “We never paused.”

The virtual model will continue to work for those who need it perhaps well past the COVID era. Mautz feels a hybrid model of virtual and in-person clinical visits would probably be the best choice going forward.

Some research seems to agree with him. A study from the UT Southwestern Medical Center published in the Archives of Clinical Neuropsychology in September showed examining children online at home “delivered results comparable to tests traditionally performed in a clinic.” But whatever psychological care happens in the future, he said it will be determined by whether or not insurance covers it.

For Lanca, the downside for the at-home model for clinicians is the lack of control over the environment. Family members may walk in on the session or the dog barks. There is also less control over technology issues like reliable Wi-Fi. In a clinic, everything can be set up so the patient has to do very little except show up.

Lanca also indicated emotional connections—the ability to understand and feel the patient on a deeper level—are lost in a virtual setting.

Mautz agreed virtual care can’t replace the in-person human interaction. However, there can be silver linings. For example, children who are autistic may feel more comfortable at home. Their social fluency might be better because they don’t have the same anxieties they would in a clinic.

Even if they had to go back to an all virtual model because of nation-wide surges in COVID, he said clinicians could still effectively do their jobs. But it’s clear they’d be missing the human connection that’s hard to quantify.

What will continue to be a neuropsychological issue concerns the lasting effects of COVID. A number of reports have discussed “long-haulers” who suffer from lingering symptoms. A recent paper published in The Clinical Neuropsychologist showed that many long-haulers experience memory loss, confusion, sleep disturbances, dizziness, and fatigue, or “brain fog.”

CHA is aware of the research and Lanca said they are working on trying to better understand the long-term effects.