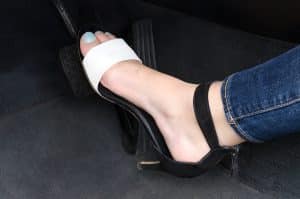 In late May, Marblehead resident Janet Bach, 70, was backing up to pick up some flowers at a greenhouse and garden center in Byfield, MA. But instead of gently backing up the few yards she intended, she accelerated to 18 MPH in reverse, killing mother Susan Sfoza Nico and injuring others.

The Honda CRV utility vehicle that Bach was driving had no apparent mechanical problems. Its computer collected data of the incident and showed the police that the vehicle’s accelerator pedal was apparently depressed 100 percent. According to the same data, the brakes appeared to have never been engaged.

Susan Sfoza Nico’s obituary noted that she worked as a farm manager with her father at the greenhouse and garden center for more than 15 years. Her tragic death leaves behind her husband and two children.

In this day and age, how could a vehicle accelerate from 0 to 18 MPH in reverse with the driver claiming all the while she was pressing the brake, not the accelerator pedal?

According to news reports of the incident, Bach told police she was backing up her SUV to pick up flowers when the vehicle began speeding up toward the shed. She apparently suggested to the police that the gas pedal was stuck and the SUV sped up on its own. Bach also said she tried to use the brake pedal to no avail.

“Unintended acceleration” (UA) is the scientific term for this kind of incident. It gained notoriety in 1986, when the 60 Minutes news program aired a segment about Audi’s 5000 sedan, claiming it suffered from some sort of mechanical defect that resulted in the car accelerating against the driver’s direction. 60 Minutes couldn’t produce an actual Audi that demonstrated the problem, so they rigged one for the cameras. The resulting public relations disaster nearly sunk the Audi brand, taking them over a decade to recover sales from the false report.

Even in such instances, however, every modern car’s brakes are capable of keeping the car fully stopped as long as the brake pedal remains depressed for the duration of the unintended acceleration (Lee, 2020). Modern cars’ braking systems have more than the sufficiently needed torque to keep the car from moving, even when full acceleration is applied by the engine.

What does cause such accidents then? There are dozens of research studies that have examined unintended acceleration and driver behavior. The overwhelming conclusion from such research is that driver pedal confusion is the usual suspect, when a driver confuses the accelerator pedal for the brake pedal. Lee & Lee (2022) suggests this happens in two stages: “initial pedal confusion leads to failure to recognize and correct the mistake; if the driver fails to brake even though the vehicle is accelerating, it should be regarded as driver’s error correction failure.”

In short, this research suggests that drive pedal confusion occurs when the driver accidentally presses the accelerator instead of the brake pedal and then fails to correct their own pedal confusion error even as the car is accelerating quickly toward an object. The driver is incorrectly misattributing the car’s behavior to the car itself, not their own actions.

UA is uncommon, so how to predict?

Since unintended acceleration (UA) accidents are uncommon, they may also be hard to predict. A study of automobile accidents in Korea over a 7 year period found 27 such accidents with accompanying video recordings. Twenty-one of those accidents were eventually attributed to driver pedal confusion (Lee & Lee, 2022).

Little research has looked into whether age is a correlate to this problematic driver behavior. One study (Freund et al., 2008) that did found it was likely related:

The same researchers also found that the Clock Drawing Test (CDT) to be a significant predictor of UA events. CDT scores of 4 or below, signifying significant impairment, were far more likely to suffer from a UA event (how to score the CDT).

It is tragic that accidents like this continue to happen. And while it is understandable that drivers are often dazed and confused after such accidents, in most cases they are responsible due to pedal confusion.

Concerned psychologists and physicians can administer a Clock Drawing Test to patients they suspect may have increasing problems in their driving behavior. If the CDT comes back as low scoring or even borderline, the professional should consider encouraging the patient to give up their driving privileges.