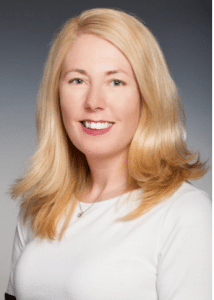 Similar to the situation that has been happening in New Hampshire, albeit at a lesser rate, Vermont has seen an increase in the number of people held in emergency departments over the past decade, hitting a peak in 2017.

On April 15, close to 13 percent of all emergency department beds in the state were being occupied by people waiting for admission to psychiatric inpatient care. Nearly one fourth of those waiting were children, most waiting between one and six days while two had been waiting a week or more.

When the situation was brought to the attention of legislators, some expressed shock that anyone, let alone a child, would be forced to sit and wait in an emergency department for such an extended period of time while, especially while in emotional distress.

The House Health Care Committee heard testimony from mental health advocates and hospital administrators over the spring and asked the Department of Mental Health (DMH) to provide timelines and monthly reports to the legislature on its efforts to eliminate the problem.

"These long wait times in the emergency department are symptoms of a larger problem which is not having flow in the mental health system." -- Sarah Squirrell, MS, DMH commissioner

The state created a Mental Health Integration Council made of heads of various agencies and other mental health stakeholders to address the integration of mental health into the health care system and report back to the Joint Health Reform Oversight Committee by the end of the year.

“First, we recognize that emergency departments are not appropriate settings to treat youth with psychiatric needs,” said Sarah Squirrell, MS, DMH commissioner, who pointed to difficulties system-wide for the bottleneck in hospital ED’s. “These long wait times in the emergency department are symptoms of a larger problem which is not having flow in the mental health system.”

The pandemic is partly to blame for the immediate crisis, said Squirrell. Between health precautions and a lack of staff, facilities have had to limit capacity. Outpatient programs have been cut back or shuttered and school-based programs were discontinued during shut downs.

“About 48 percent of children and youth who are on Medicaid have received mental health services in a school setting,” said Squirrell, “so that indicates that these children and youth are not having access to in-person medication and services.”

While the pandemic worsened the issue, ER boarding for children and adults has been an ongoing problem and access to care has been spotty for families dealing with the mental health care system said Sandi Yandow, executive director of the Vermont Federation of Families for Children’s Mental Health, a non-profit organization dedicated to helping parents deal with their child’s emotional or mental health needs.

“For families, the problem is that there is no linkage,” Yandow said. “In Vermont, we have a designated agency system and children end up in emergency departments because the designated agency doesn’t have what is needed to stabilize or de-escalate the situation in the home.”

Yandow has some faith in the plan to create mobile response and stabilization units throughout the state. A pilot program is due to start in Rutland County before a state-wide roll out.

“We know these things work,” said Yandow. “It’s just that systemic change is so slow.”

With the focus on decreasing or eliminating the time that children (and adults) are kept waiting in emergency departments, the legislature hopes to see measurable results by the end of the year.

Yandow, who had not heard about this issue until it was brought up in the local media, is somewhat more cautious with her expectations.

“It is an overwhelmed system and I think everyone is working on it,” she said, “but even just looking at exactly what has come out of legislative season [before they went on summer hiatus], we are hesitant. The Committee for Health Care said, ‘fix this’ to the Department of Mental Health but it is kind of like putting a Band-aid on something that has been ongoing for so long and exacerbated by Covid.”

“I am grateful to the legislature for shining a spotlight on it and being open to taking so much testimony and making a plan and saying that they want some answers,” she added. “It is the only way you ever get change.”