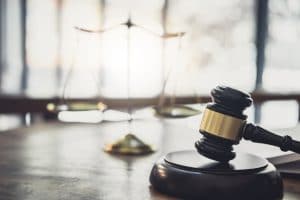 Earlier this year, three high-profile criminal cases were dropped when Vermont’s attorney general deemed the defendants insane at the time the crimes were committed. The ruling drew questions about the way the state handles criminal cases involving people with mental illness. To address this issue, lawmakers proposed legislation to bridge the gap.

State Senator Richard Sears (D-Bennington County and Wilmington) reported that the bill is still in the draft stage and is the result of collaboration with several other senators and the office of states attorneys. “I expect once introduced in January both Senate Judiciary and Senate Health and Welfare to take up the bill and hopefully have it to the full Senate for a vote by the end of February,” he said.

Sears noted that the bill is designed with three goals in mind.

An exemption to HIPPA regulations would make some information available to victims and victims’ families in cases where a person is found not guilty by reason of insanity to the crimes of murder or attempted murder, Sears said.

Additionally, the bill would extend the 90-day “hold” on individuals found not guilty by reason of insanity to the crimes of murder or attempted murder.

Finally, the bill would provide for a study of various issues surrounding those found not guilty by reason of insanity. “For example, should Vermont establish a forensic unit either within the Department of Mental Health or Corrections?” Sears said.

Robert M. DuWors, Ph.D, forensic neuropsychologist and lecturer on psychiatry at Harvard Medical School, said, “There is real concern about the quality of mental health services in prisons. Inappropriate diagnoses and medications and lack of counseling services are not uncommon.”

He believes “that prison design and environments cause post-traumatic stress disorder (PTSD) and is an unrecognized public health crisis.” He added that the main focus of the Department of Corrections (DOC) is custody and control with lack of empathy.

DuWors takes issue with the proposed exemption to HIPAA, pointing out that in Europe, those released from prison have total privacy. “No records are available to anyone, even the police,” he said. “There is no healing value to the family to reopen wounds.”

Furthermore, DuWors sees no need to extend the 90-day review time. He noted that in the current model, highly trained psychologists spend a significant amount of time examining the mental health of a defendant as well as other factors before making a determination.

Robert Wolford, MSW, LICSW, who spent close to 30 years as coordinator of criminal justice programs for the Howard Center in Burlington, Vermont, is well aware of flaws in the system.

There are so many problems in the nexus between behavioral health and criminal justice. I have seen a lack of real recovery-oriented system that would use a co-occurring lens and be trauma–informed, “he said. “There needs to be an integrated approach to address public health and public safety.”

Wolford echoes DuWors’ sentiments regarding the HIPAA exemption of the proposed legislation. “You should not give information to the victim and family. They won’t keep it private unless they sign an agreement and that’s not going to happen.”

According to Wolford, these departments operate in siloes. “There has to be a true collaborative effort between DMH and DOC,” he said.