Violence and Video Games: Are They Linked? 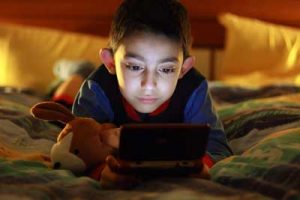 Contentious debate continues over whether video games and other forms of media promote violent behavior, particularly in the wake of the Parkland, Fla., school shooting. Games like “Resident Evil,” “Manhunt,” and “Mortal Kombat” top the list. But, is there a one-size-fits-all answer to the question?

“I don’t think you are going to find any media effects researchers willing to suggest that violent video games lead to school shootings,” said Kirstie Farrar, Ph.D, associate professor of communications at the University of Connecticut.

“However, most media effects researchers agree there is a small but significant relationship between violent media exposure and outcome aggression.”

In 2015, the American Psychological Association (APA) submitted a policy statement confirming the connection between violent video games and violent behavior.

In an open letter, more than 230 researchers—both national and international—disagreed with the statement requesting the APA appoint a task force to review evidence on both sides of the argument.

The group further indicated a publication bias toward video game violence. By 2017, the task force published its findings.

James Ivory, Ph.D, associate professor of communications at Virginia Polytechnic Institute and State University, the site of a school shooting in 2007, remarked that after a tragedy, a few researchers will “aggressively push” the anti-video game dispute. He echoed the tendency toward publication bias.

“There’s a colossal amount of research on violence in video games and it deals with abstract forms of aggression,” he said.

“There’s very little research on video games and violent crime. But with what little evidence is provided, there’s virtually no evidence to connect the two. Media use is not a predictor.”

A 2017 study from the Journal of Youth and Adolescence showed that video games alone did not indicate violent tendencies without including other factors. Family relationships and other social interactions had a greater impact than video games.

More than 90 percent of young males play video games. Ivory argued that, when only a fraction of those game-playing males become school shooters, the threat of these games causing violent behavior must not be so great.

Chris Ferguson, Ph.D, professor and co-chair of the psychology department at Stetson University in Florida about three hours from Parkland, has spent the past 15 years researching the link between the two.

In the shooting’s aftermath, he sees a backlash.

“There’s a lot of research suggesting it isn’t true,” he said, citing a comprehensive study in 2002 by the U.S. Secret Service concluding school shooters actually consume less violent material than others.

“It’s a transparent method to distract from gun control. But, it doesn’t seem to be catching.”

He said that eventually, conversations may turn to other problems. “I suspect in 20 years we’ll blame something else. We’ll be talking about virtual reality or social media, but not video games anymore.”

Bushman has repeatedly commented in the media about the cumulative effect of habitual exposure. Playing video games is like smoking, he says.

“A single cigarette won’t cause lung cancer but smoking over weeks or months or years greatly increases the risk. In the same way, repeated exposure to violent video games may have a cumulative effect on aggression.”

Yet, in early 2017, two of his journal articles focusing on the effects of violent media were retracted.

According to a report from Quartz in April 2017, Bushman’s studies published in the Journal of Communication Research in 2012 and Gifted Child Quarterly in 2016 were rescinded because the “integrity of the data could not be confirmed.”

Farrar, who works at UConn’s Institute for the Collaboration on Health, Intervention, and Policy and Video Games and Media Lab, concedes that aggression is difficult to capture in a laboratory setting.

Often, a questionnaire is used to ask the participant how they feel and how they might behave in a fictional scenario. Critics say this measure can’t capture aggression as it relates to real life aggressive behavior.

There is enough research to show a correlation between violence and aggression, she says, citing her own work as well as that of Bushman.

“I think it’s very important to distinguish between aggression and violence,” said Farrar. “True public acts of violence–even school shootings–are a relatively rare occurrence and hard to predict through just one or two risk factors. Aggression, however, is a much more common occurrence.”

She noted there are also other effects of exposure to media violence—desensitization, habituation, hostile attribution bias—that can have negative effects at both the individual and societal level.

And, that kind of violent behavior doesn’t stem from only one contributing factor. Consider issues like mental illness, child abuse and neglect in the family environment, or even lack of empathy.

Ferguson agreed that aggressive acts can come from specific mental illnesses like psychosis and depression, anti-social personality disorders, but most commonly a feeling of being mistreated.

“They’re ‘injustice collectors’,” he said of school shooters. “They feel like society has screwed them over. They blame other people for their problems and they’re going to make them pay.”