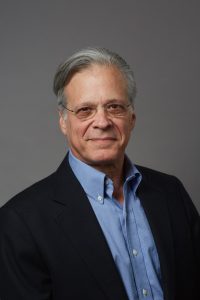 Steven Marans, MSW, Ph.D, is a professor of psychiatry and director of the Childhood Violent Trauma Center at Yale’s Child Study Center.

It should be no surprise that after months of shelter-in-place mandates, wearing masks in public, maintaining a six-foot distance from others, and a resurgence in COVID outbreaks in some states, our collective psyche is at the breaking point. Depression, anxiety, and substance abuse have been on the rise in this country, but those issues have become even more apparent during this pandemic.

For many people, it has been a mental and emotional roller coaster.

Steven Marans, MSW, Ph.D, a professor of psychiatry and director of the Childhood Violent Trauma Center at Yale’s Child Study Center, says the loss of normal routines and social connectedness can adversely affect people in many ways.

How people adapt to the pandemic varies from person to person, but it depends greatly on how immediately impacted they are by this crisis. And, as he pointed out, this situation isn’t over yet.

“The problem is this is not behind us and there is no immediate end in sight,” he explained. “The restrictions to daily life, the economic impact–with no certainty, it adds to the experience of helplessness and loss of control.”

According to a recent report from the Centers for Disease Control and Prevention (CDC), as many as 40 percent of Americans reported struggling with mental health issues or substance abuse at some point during the pandemic.

Even more disturbing, 11 percent said they had considered suicide.

In a released statement, the Substance Abuse and Mental Health Services Administration reacted to the CDC’s report saying the research is clear that the shutdown and social isolation has had significant negative effects.

A “return to some type of normalcy” for people, including safely re-opening states and communities, shouldn’t be done without looking at how this has affected people mentally and emotionally.

“We cannot continue to ignore the health consequences for all other conditions in favor of singularly focusing on virus containment,” the organization said.

Countries around the world like China and Spain also made note of how the lockdown affected people at home. High rates of depression, anxiety, and PTSD became apparent. Domestic violence has increased dramatically. Survey respondents also cited an increase in sleeplessness.

While some people reported having a difficult time during the pandemic, other respondents expressed more resilience. Some people felt connected through Zoom chats or FaceTime. Others picked up new hobbies like playing the guitar or baking copious amounts of sourdough bread.

How individuals reacted to the pandemic is influenced by personal circumstances such as the ability to work from home versus loss of employment or whether or not they live alone or with family or already have a pre-existing chronic illness versus being healthy.

Additionally, a number of reports since the spring have shown Blacks are more likely to contract COVID-19 and die from it. Latinos and indigenous people also have a high likelihood of contracting the disease and not surviving.

And, all of that is happening at a time of heightened racial conflict. In a May statement by Sandra L. Shullman, Ph.D, president of the American Psychological Association, she said the research shows that compared to whites, Blacks feel more negative stereotype threats and more racial profiling when interacting with the police.

“We are living in a racism pandemic, which is taking a heavy psychological toll on our African American citizens,” she stated. “The health consequences are dire. Racism is associated with a host of psychological consequences, including depression, anxiety and other serious, sometimes debilitating conditions, including post-traumatic stress disorder and substance use disorders. Moreover, the stress caused by racism can contribute to the development of cardiovascular and other physical diseases.”

Recently, several states across the country have seen COVID spikes and colleges and universities that opened early have experienced clusters resulting in a step back to online learning.

Even former First Lady Michelle Obama talked about her “low-grade depression” during this pandemic on a recent podcast. “I’m waking up in the middle of the night because I’m worrying about something or there’s a heaviness,” Obama reported in her podcast. “There have been periods throughout this quarantine, where I just have felt too low.”