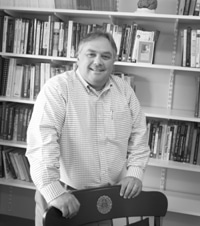 Recently, print, broadcast and social media sites have been reporting sexual abuse, harassment, and misbehavior allegations on a daily basis.

While this news has focused on the entertainment industry and corporate America, such behavior also occurs in the workplace, at home and in public venues.

Carlos A. Cuevas, Ph.D., associate professor, co-director, Violence & Justice Research Laboratory, School of Criminology & Criminal Justice at Northeastern University, defines sexual abuse as “any kind of unwanted or forced sexual behavior on a person” that might include touching, fondling or rape.

“Harassment doesn’t necessarily differ from sexual abuse, but is usually connected to workplace behavior,” he added.

According to Cuevas, victims with a long history of abuse might be diagnosed with posttraumatic stress disorder, anxiety disorders, depression, suicidality or substance abuse.

“Victims talk about shame, being scared, having a hard time knowing what to do, doubting themselves,” he said, noting that sexual victimization should be evaluated in the context of other victimization experiences in the client’s history.

“Before initiating treatment, you want to make sure the person is psychologically stable. You want to address the abuse, but you have to tackle the psychological symptoms first. It’s never a linear therapy process. Some victims will disclose a lot and other don’t talk about it for months. I try to make sure the clients know how much or how little they disclose is in their hands,” he said.

While many victims hesitate to speak out against perpetrators, some populations face added pressures related to culture. Cuevas conducted a study that found only 32.5 percent of Latina women who have been victimized sexually will seek formal help.

“Not knowing how [the system] works and the language barrier are two huge things. They may also fear the perpetrator since the abuse often happens at the hands of someone they know,” he said.

Cuevas said that while therapy can be helpful, regardless of cultural beliefs or ethnicity, what victims need most is support and to be believed.

Lisa Y. Livshin, Ed.D., private practitioner in Newton, Mass. and clinical instructor in psychiatry at Tufts University School of Medicine, also focuses on a particular population – those who have experienced sexual abuse/harassment in the workplace.

She noted that the effects can be profound. “Clients have PTSD, exaggerated startle response, nightmares, are at increased risk for substance abuse, stress-related physical symptoms and decreased self-worth.”

Livshin pointed out that many of her clients, who are usually referrals from attorneys or primary care physicians, have already left the workplace following sexual harassment incidents.

But those who are still employed are “in a difficult position and fear losing their job.” She said, “The woman fears retaliation so doesn’t respond or report. I’ve worked with women who’ve changed their style of dress. They wear frumpy clothes and put their hair up. They suffer from increased anxiety and panic attacks. They have an inability to trust others and may have sexual functioning problems and long term depression. Some go on disability because they can’t return to work.”

Since the public sexual abuse allegations have emerged, Livshin has seen some anxiety and trust issues reactivated. But, she pointed out that her clients are also in a position to be nonjudgmental regarding the victims.

“It helps them be less self-blaming. They realize that this happens to so many people. Seeing a lot of powerful women speak up shows that this is really hard for people to handle,” she said.

Therapeutic approaches for sexual trauma differ from one psychologist and one facility to another.

She explained that the client holds two handles on the device that send signals to alternating right and left hand. “This has the same effect on the brain as EMDR,” she said. “The device is better for interpersonal experiences. The patient processes what happened while holding the device. As the brain reprocesses, it allows the right brain to quiet and the left brain to suggest appropriate ways to view the experience.”

The number of sessions varies, depending on the extent and duration of the abuse, according to Doucette. She cited a case in which a woman had been raped 20 years previously; her therapy lasted two-and-a-half years, but she was “symptom free at the end of treatment,” she added.

Therapy takes place within a short time span, reducing the risk of disruption and increasing efficiency, according to trauma therapist Bambi Rattner, Psy.D. “We meet with patients for seven hours a day, five days straight. [This model] has great benefits. We have a high completion rate. There is less opportunity for life to interfere and it reduces the act of reactivating traumatic memories,” she said.

The therapist counts to 10, increasing by 10 seconds in each subsequent set, while the client sees a “movie” of the trauma.

“It allows the patients to process little by little and digest [the experience] slowly. Research shows that it is efficient, effective and well tolerated,” she said, emphasizing that this technique is a safe way to stabilize and help patients face memory.

“They go through the process without being overwhelmed. It’s an intensive format so we can cut the time down for people who need to affect change.”

Rattner is hopeful that recent revelations of sexual misconduct by men in power will prompt change. “People are experiencing real life consequences, losing their jobs and control,” she said. “We can upset this pattern, starting at the top. Leadership has to be accountable.”

Doucette views the revelations as an opportunity to educate. “Adult men and women need to talk to adolescent boys about how to be appropriate sexually. As more news comes out, I hope it will become part of the conversation,” she said.