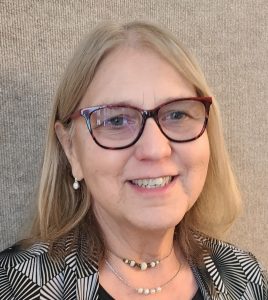 New Hampshire has seen more than its share of officer-related shootings. In December, the Concord Monitor reported the results of an analysis on police shootings over the past decade where they found that more than 60 percent of those killed had “clear indicators of mental illness.” In the last two years, every police shooting involved someone with mental illness, the newspaper found.

“We knew that those numbers in New Hampshire were higher than in other states and we knew we needed to do something different,” said Susan Allen-Samuel, MS, community educator and Crisis Intervention Team (CIT) coordinator for the New Hampshire chapter of the National Alliance on Mental Illness (NAMI NH.)

NAMI NH initiated a CIT training program in 2019, working with police and first responders across the state to provide mental health crisis training. CIT has evolved from a 1988 Memphis program that has slowly spread across the country as the role of many police departments has changed to include a greater need for mental health intervention.

Funded by a grant from the Substance Abuse and Mental Health Services Administration (SAMHSA), the New Hampshire program received an additional five-year grant this year to expand its reach.

“The SAMHSA grant was originally written for New Hampshire State Police and first responders,” said Allen-Samuel. “We applied for a continuation grant that balanced the number of state and local law enforcement.”

"We saw a big uptick in departments asking for the training. Their message was clear: 'We are getting this bad rap and we have to do something; we need to bring respect and honor back to the work we are doing.'" --Susan Allen-Samuel, MS, Crisis Intervention Team coordinator, NAMI NH

Since its initiation in New Hampshire, the program has grown in popularity with more individuals and departments reaching out for the opportunity. At this point, Allen-Samuel said, at least one person from every troop in the state has been through the 40-hour training.

NAMI’S CIT steering committee has worked to enlist the help of a faculty of 20 to 25 experts coming from both mental health and policing backgrounds.

She also works with those parties in her roles as a supporting psychologist for the NH State Police Peer Support Unit and clinical director for the Professional Fire Fighters of NH peer support team.

“In order for the information to feel useful to them, it has to be presented in a way that makes it relevant to their job and the kinds of interactions they are likely to have,” she said.

The training is designed to provide tools that can be used in the field when presented with a crisis.

“They don’t need to be in the weeds examining clinical diagnoses and symptom profiles; they need basics about how an individual in mental health crisis might present, what markers to look for that may help them tailor their approach to the situation, and some skills and strategies that are aimed at rapport building and de-escalation,” said Sawyer. “These folks are not mental health professionals, nor should they be.”

David Goldstein, Ph.D, chief of police for the city of Franklin and a member of the Granite State and the Southern New Hampshire Critical Incident Stress Management teams, has been involved since the program’s inception.

His educational background includes an MS in public health, a Ph.D in counseling and human services and one in sociology/psychology from Tufts University. He has held undergraduate and graduate-level adjunct teaching positions and is an instructor at police academies in New Hampshire and Massachusetts.

“I teach a four-hour block that usually happens towards the end of the program, prior to role play,” said Goldstein. “Essentially, I review how you approach situations to de-escalate issues and I do an in-depth review of some of the more common psychological issues people will encounter.”

With more than 40 years in policing, including working in crisis intervention as part of a SWAT team, he brings the educational background but also the mindset to understand what the job is like on the front lines.

The mental health awareness and de-escalation tools are important additions to an officer’s toolbox, he explained. But it’s not all they need to understand.

“There is nothing in our society,’ he said, “no analogue to present-day American policing. Nothing comes close. You can try to understand but it is legitimately ‘walk a mile in my moccasins.’ That is not trying to put us on a pedestal, it is merely that is important to understand when we talk about what we have to do.”

“No one wakes up and says, `I want to go kill someone today,’” he said. “But at the same time, it is important to remind participants that yes, they are also law enforcement and that they still have officer survivor skills they have to rely on. If the issue involves weapons or violence, sadly but realistically, we have to approach it in that way as well.”

It can be difficult to measure results for a program like this one. After all, how do you count deaths that don’t happen? These additional tools can mean a lot, both in a crisis situation and for better public relations.

Communication is crucial, especially during the past two years of intense scrutiny on the issues within American policing. It is necessary to address ongoing problems of racial injustice and covering up of police brutality, yet the CIT organizers know that is not the entire picture.

“It all hit the fan in the midst of COVID-19,” said Allen-Samuel about the racial protests in 2020. “We saw a big uptick in departments asking for the training. Their message was clear: ‘We are getting this bad rap and we have to do something; we need to bring respect and honor back to the work we are doing.'”

According to the Concord Monitor review, race has not played as much a part in police shootings in much-less racially diverse New Hampshire. Instead, mental illness has been more of a factor. In this state, understanding how to better address mental health issues in the field is a major step in the right direction.

“We do know that police officers have become default mental health providers and that is not what they are trained to do,” said Allen-Samuel. “They get a bad rap and we don’t always see when something good happens.”