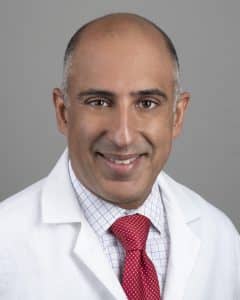 Ateev Mehrota, M.D., of the department of healthcare policy at Harvard Medical School

A recent study published in the JAMA Network Open in late June found that greater use of telehealth visits in a non-metropolitan area showed a modest increase in outpatient visits with specialty mental health professionals and a greater likelihood of follow-up visits after hospitalizations.

This research was focused mainly on patients with more severe mental illnesses like schizophrenia and bipolar disorder. The study also showed there were no significant changes in medication adherence—taking your medication as prescribed—but a slight uptick in mental health hospitalizations.

Telehealth has been a growing method of connecting patients with their healthcare professionals. But with the pandemic, the need for telehealth increased dramatically. According to statistics from SAMHSA in a 2021 report, telehealth services rose from 14 percent in 2016 to 28 percent in 2019.

This trend continued between 2019 and 2020. But around the time of the initial lockdown in March 2020 and late April, that percentage jumped to 556 percent.

SAMHSA also noted that when it comes to telehealth, patients with schizophrenia or bipolar disorder who lived in rural areas were more likely to use telehealth than those with any other mental illnesses living in urban areas.

Ateev Mehrota, M.D., of the department of healthcare policy at Harvard Medical School, is one of the co-authors of the study. He pointed out that there are a number of other research studies that show differing results—either less, the same, or more use in rural areas as opposed to urban. But he said while there was an initial spike in use early on in 2020, it has dissipated.

“What is underrecognized is that after the spike in use, telehealth has fallen about 60 percent since its initial peak. People are shifting to in-person dominance,” he explained. “So, we’re going to continue to see a decline in telehealth use. But there’s a caveat to that. Telehealth is still the mainstay for mental health compared to other health issues.” 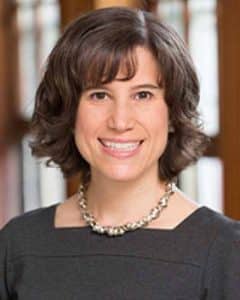 Alisa Busch, M.D., MS, is also in the department of healthcare policy at Harvard Medical School and is the chief medical information officer and director of clinical performance measurement and health services research at McLean Hospital in Belmont. She too is a co-author of the study and had an alternate viewpoint on the use of telehealth in the future.

“That largely depends on whether it’s covered and how much more challenging it is to access care,” she said. “If the copay is high or healthcare professionals aren’t getting the coverage, it becomes less attractive. And that may vary depending on the type of provider, someone in private practice versus someone who works for a healthcare facility.”

Mehrota talked about other aspects of telehealth that can be problematic for patients in rural areas. Broadband is one of them.

Although people in urban areas may take WIFI for granted, rural patients frequently turn to a phone call instead of video—possibly adding the element of socio-economic divide.

But according to data collected by researchers at the Perelman School of Medicine at the University of Pennsylvania, racial inequalities disappear in follow up care after hospitalizations with the use of telehealth.

The findings were published in the Journal of General Internal Medicine.

During the course of 2020, follow up appointments among Black patients rose from 52 percent to 70 percent. White patients remained consistent at or around 67 percent.

The study focused solely on primary care visits; however, the results are still significant. As Mehrota said, “The hope is that telehealth will reduce any racial disparities.”

“I think it’s less a racial equity issue than it really is an economic issue. But those two things often track together because of systemic and structural racism.” -- Alisa Busch, M.D., MS, director of clinical performance measurement and health services research, McLean Hospital

Busch noted how the issue of race and economic stability often go hand in hand and it remains to be seen how the role of telehealth will factor in it.

“I think it’s less a racial equity issue than it really is an economic issue. But those two things often track together because of systemic and structural racism,” she said. “Some populations have a disparity in care and a digital divide, but [we] haven’t teased it all out yet.”

Mehrota also mentioned how telehealth has been effective for people who want a little more privacy and feel there’s a stigma associated with their condition. But he wasn’t referring to patients struggling with their mental health.

“We’re seeing less of a stigma for mental health and more need for privacy for substance use, sexually transmitted diseases, the need for contraceptives. Those things still have a stigma attached and telehealth provides that privacy instead of the doctor’s office,” he said. “But the nation as a whole—in schools, in the media—have emphasized it’s okay to get mental health treatment [when] you’re depressed or anxious.”

While the use of telehealth may decline in favor of in-person visits now as the nation emerges from the pandemic, it is an option for behavioral healthcare. Busch added, “It’s just one of the tools in the toolbox to access care but I don’t think it’s going to solve all our problems.”