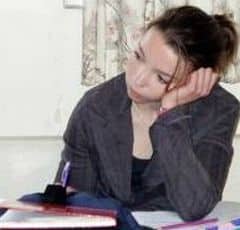 The pandemic wreaked havoc with so many lives and mental health is just one issue at the forefront with which people of all ages continue to struggle.

Nearly 43 percent of Maine high school students reported their mental health was not good “most of the time” or “always” during the COVID-19 pandemic, according to the findings released in September.

Maine Center for Disease Control and Prevention Communications Director Robert Long said MIYHS has been administered every other year since 2009 by the Maine Department of Health and Human Services and Maine Department of Education to monitor health behavior and attitude trends among students in grades five through 12.

In 2021, almost 50,00 students from more than 280 schools participated in the survey. It monitors health behavior and attitudes regarding alcohol, tobacco, nutrition, substance use, mental health, and physical activity. Many of the survey results were weighted to account for missing data.

“MIYHS gives young people in Maine the opportunity to tell us what they are experiencing to inform program planning and evaluation, grant applications and reporting, and policy making at the state and local levels,” Long said.

Nearly 36 percent of students shared they felt sad or hopeless almost every day for two weeks or more, an increase from 32 percent in 2019, the last year the biannual survey was conducted.

When asked how the survey compares to past ones that were pre-pandemic, Long said the results show an increase in poor mental health, especially among girls and LGBTQ+ high school students.

“LGBTQ+ students continue to experience more violence and discrimination and fewer supports at school, at home, and in the community,” he said. “Overall, middle and high school students are less likely to report that they feel they matter in their community compared to 2019.”

The survey found that about 66 percent of high school students agreed or strongly agreed that schoolwork was more difficult during the pandemic. Smoking rates declined, with 7 percent of students three years ago saying they smoked at least one cigarette a day to 5.5 percent of students last year.

Vaping rates dropped sharply from 45 percent to nearly 32 percent. The percentage of students who tried alcohol dropped from 51 percent to 43 percent last year, and the frequency of alcohol use declined as well. Nineteen percent of students had one drink in the past 30 days, compared to nearly 23 percent in 2019.

“Data from 2021 shows a decrease in students’ use of commercial tobacco products, including vaping, alcohol, and cannabis as compared to 2019,” Long confirmed. “We can be happy that substance use went down, but we can’t be exactly sure why. A limitation to survey data is you cannot determine causation, so it is important to watch the 2023 results to see if this trend continues.

“It is possible that substance use behaviors often occur when young people socialize, and the pandemic reduced those opportunities while decreasing overall access to substances, which reinforces how important it is that prevention strategies include reducing youth access to substances and creating healthy social environments,” Long said.

Marijuana use also declined, with 30.5 percent of students reporting they had used it at least one time compared to 36 percent in 2019. Students who have had sexual intercourse declined from 38.4 percent to 30.6 percent. They also reported being more physically active last year, with the percentage of students who were active for at least an hour five days a week increasing to 50 percent from 44 percent.