Spike in alcohol use is of concern 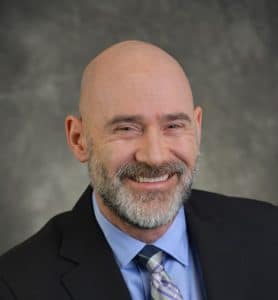 Rick Barnett, Psy.D, LADC, is a clinical psychologist who specializes in addiction assessment and treatment in a private practice in Stowe, Vermont.

As stay-at-home orders surged, restaurants and bars closed, and social events went virtual, Americans turned more and more to a trusty old friend, alcohol, to help ease the transition. Nightly Zoom cocktail parties became all the rage, with the apt title “Quarantini,” applied to just about anything one wants to drink during lockdown.

According to a Nielsen report, alcohol sales increased by 54 percent for the week ending March 21. Online sales of alcohol increased by 262 percent and world health leaders began to warn the public about the health risks of the increased alcohol use they were seeing.

A survey study published in JAMA Network found that the frequency of alcohol consumption increased this year by 14 percent with an increase of 19 percent among people aged 30 to 59.

“I think it is understandable in hard times,” said Marsha Vannicelli, Ph.D, a clinical psychologist with a practice in Cambridge, “What people do is rely on sources of stress reduction that they have been familiar with from the past and … so an old habit or even a new one that is relatively inexpensive, such as alcohol, is going to be more readily embraced.”

Vannicelli, an associate professor of psychology at Harvard Medical School, specializes in working with those with histories of alcohol abuse. She is attending psychologist and former director of the Substance Abuse Outpatient Clinic at McLean Hospital,

“In my practice, I would say that probably 40 percent are people who have had or currently have problems with alcohol and among those people, I would say that even those who are still on the right track are having more challenges,” she said.

“We are seeing an uptick in people’s reliance on alcohol as a coping mechanism,” said Barnett, “If you look at alcohol sales at New Hampshire and Vermont liquor stores, we saw a 20-30 percent increase over last year.”

Being isolated and stressed is a risk factor for those in recovery and it’s a problem that can affect those without previous alcohol abuse issues as well.

Increased alcohol use can lead to health concerns like impaired immune systems (which can contribute to more severe COVID-related problems) and to developing substance abuse issues.

“We can expect a percentage of those who are consuming more than they typically would, will run into some serious problems,” said Barnett. “I am seeing people with long term sobriety relapsing and people who might have been moderate drinkers with relatively healthy relationships with alcohol– really discovering how dependent they are becoming.”

The study showed that women have had the greatest increase in overall alcohol consumption, at 17 percent, that heavy drinking among women is up by 41 percent, and that 39 percent of women are reporting an increase in alcohol-related problems.

“Women are disproportionately affected it seems,” said Barnett, adding that, even before this year, “studies and epidemiological findings have been showing that women are closing the alcohol gap, and not in a good way.”

There is some concern among experts that increased alcohol use will not be flagged as an issue, especially as our culture has grown increasingly alcohol friendly over the past decades.

“I believe we are seeing a sea change in our culture towards ‘vices’ in general,” said Barnett, “It is more and more normalized to the point we are blinded not to see the destructive parts of it anymore.”

A lack of substance abuse training can lead to therapists missing the signs as well, Vannicelli pointed out.

“They may even find it difficult to recognize when there is a problem, especially when a therapist’s own consumption may be increasing,” she said.

She recommended asking questions around how a client may be coping.

“We should be asking clients, ‘How are you managing the stress’ and also inquiring directly if there are ways they are coping that they are not sure are healthy for them,” she said.

There is no hard and fast rule about how much drinking is too much. A drink or two at night, every night, may or may not be a problem. It depends, said Vannicelli, on how the client perceives it.

“When a person expresses concern, like with any issue, we try to talk about ways to help them get back to a place that is more consistent with what they want to do,” she said.  “If someone tells me they are concerned about their drinking, even if it is only a single daily drink, I take that seriously.

“Worries that they are becoming too dependent on alcohol, regardless of the specific quantity or frequency, are important to address.”