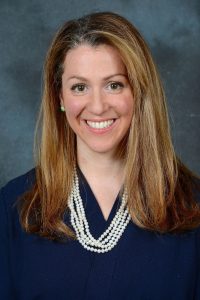 In March, states across the region ordered the closure of school systems. While public and many private academic institutions shuttered their doors, residential schools were considered “essential services” and were allowed to remain open.

Becker applauded Secretary of Health and Human Services Marylou Sudders for the “wise and unique” decisions that helped protect these students. “She understands that these schools have needy and often voiceless populations.

She knew it was important to keep special education schools open when she imposed the injunction to shut down other campuses,” she said. “Residential education can’t afford to close. She acknowledged that these kids are in the safest place.”

While residential schools are acutely aware of contagion during the flu season and plan for its containment, the COVID-19 virus put schools on high alert. Becker said that her organization worked closely with Health and Human Services (HHS) and the Department of Public Health (DPH) to devise an effective plan to protect students and staff.

“Residential education can’t afford to close. She acknowledged that these kids are in the safest place.” --Elizabeth Della Russo Becker, executive director of MAAPS

“DPH appointed an epidemiologist as our point of contact to help set up protocols as correctly as we could in a changing landscape,” said Becker.

At the Home for Little Wanderers in Boston, the virus impacted operational procedures, according to Michael Semel, Ph.D, vice president of clinical quality and outcomes. He reported that students were not allowed to move freely between home and school, as they had in the past.

“There was a fear that the students could bring the virus to family and caregivers or bring it back into the program after a home visit,” he said. “It was a public health concern to find a balance.”

Some family members voluntarily “put the brakes on in-person contact,” Semel said, noting that some parents chose to withdraw their child and that enrollment numbers have declined. “Out-of-home placement is at its lowest level since 2014.”

On campus, the Home planned for a long-term progression, beginning with strict screening protocols, symptom checking, and temperature checks multiple times a day. While social distancing is a significant challenge in a group home setting, the Home tried to minimize mixing groups of students, according to Semel.

“It was a public health concern to find a balance.” --Michael Semel, Ph.D, vice president of clinical quality and outcomes, Home for Little Wanderers

Students were typically kept in cohorts, somewhat like a family construct. However, shared space, such as dining rooms, classrooms and common rooms, were off limits.

Even though the number of positive cases has begun to decrease, the Home is prepared for a surge. “Our access to personal protective equipment has increased and testing has improved,” Semel said. “We now know what to do to be safe.”

Gardner who also leads operations and management of Melmark service divisions in New England, Pennsylvania and the Carolinas.

Melmark’s highly skilled workforce was already well equipped and trained to serve a high acuity population. “But we pivoted to a new type of training,” said Gardner. The facility immediately implemented a number of protocols, including enhanced retraining on infectious disease, how to use and dispose of PPE, isolation, and cleaning and sanitizing. “These training protocols became another area of content, another layer [of safety],” she added.

In addition to on-site testing and symptom monitoring, Melmark replaced the vast majority of existing toilets and sinks with touch less models, put new filters in the HVAC system, and purchased an electrostatic sprayer. “We also hired professional companies to come in and clean and installed Plexiglas in certain areas,” said Gardner. “

Gardner found one of the biggest challenges throughout the pandemic to be the confusion over recommendations/guidelines issued by federal and state authorities. She indicated that guidelines changed rapidly and some were posted publicly before facilities were informed of the changes. “I’ve seen more regulation changes in the program during the last six months than in my 38 years in this field,” she said.

The mandate to wear masks, maintain a six-foot distance from others, and changes to regular schedules has been difficult to enforce with students in residential schools, noted Judy A. Hurlburt, M.Ed, chief administrative officer at the Evergreen Center in Milford.

Hurlburt reported that these children like routine and are accustomed to spending time in the community. “They would go bowling, shopping, to the movies. All of that is gone now,” she said. As a substitute, staff has tried to introduce interesting and fun activities into the group homes. “We pooled ideas to create procedures that worked. The staff banded together and learned from each other.”

The overall disruption caused some behavior escalation at first, but students soon fell into a new routine, Hurlburt said. “They wear masks, although not for long periods of time. But they need to learn to tolerate them when they return to the community.”

Overall, she and her staff are surprised at how well the students have adapted to the new routines and regulations. The Brattleboro Retreat also retrofitted its physical space and underwent stringent cleaning measures to provide safety for students and staff. Jessica Shepley, Psy.D, director of child and adolescent residential programs, reported that under normal circumstances, students in the residential program attend the day school. “But our education plan has changed,” she said.

Since the day school also serves children in the community, the risk of contracting the virus prompted a shift in plans.

Shepley’s staff carved out classrooms in what had been therapeutic space and teachers, who do not teach children from the community, rotate in-house for the residential students. “We’re careful about minimizing risk,” she said.

In the spring, all classes were conducted virtually. “There was no direct teacher contact,” Shepley said. “This places a burden on the staff. They have to be creative and figure out how to engage safely.”

For the most part, the students have adjusted well. However, suspension of the home pass program has had the biggest negative effect on the student population, Shepley said. “These visits give the kids hope, working toward returning home.”

The pandemic has presented major challenges and will continue to do so until daily testing is implemented and an effective vaccine is created, according to Becker.