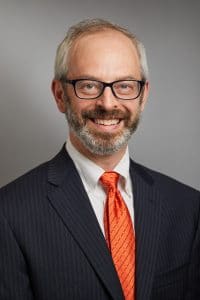 A number of studies have shown a disturbing trend in this pandemic: more people of color have contracted and died from coronavirus than other demographics. In May, a study conducted by Yale School of Medicine parsed the available data on race and ethnicity to show a disparity among people who contract coronavirus.

Cary Gross, MD, professor of medicine at Yale and co-author of the study, said it’s impossible to determine whether access to health care, or housing inequalities, gaps in social resources, or the fact that people of color are disproportionately working in higher risk occupations plays the greatest role in these disparities.

“Almost every disease shows a substantial disparity across race and ethnic groups. It is more acute and profound now because COVID-19 is rapidly spreading and deadly,” he explained. “But unfortunately, this inequity in health outcomes is not at all unique to COVID.  We are simply paying attention now because COVID-19 is new, pervasive, and affecting all sectors of the economy.”

“Almost every disease shows a substantial disparity across race and ethnic groups. It is more acute and profound now because COVID is rapidly spreading and deadly.” --Cary Gross, MD., professor of medicine at Yale

COVID-19 is not the first contagious disease to show a race gap. An article published in the Annals of Internal Medicine in late April pointed out the racial disparity in contracting a contagion. After collecting data and surveying reports, the authors noted research that showed the “increased likelihood of exposure to the virus, increased susceptibility to severe consequences of the infection, and lack of health care access were all important contributors” in the racial disparity of the infectious disease.

But the disease there were referring to was H1N1 in 2009. Racial disparity was a problem then as it still is now.

In the initial outbreak of coronavirus, it was thought that the elderly, particularly males and those with underlying health conditions, were most at risk. The CDC released a report in mid-June showing that to be true: patients with underlying conditions were 12 times more likely to die of COVID-19 than other healthy people.

The report also broke the information down by age. Even people in their 20s and 30s who had underlying conditions were six times as likely to be hospitalized as healthy people. The most common health conditions are diabetes, heart disease, and chronic lung disease.

However, many of the minority communities, particularly in metropolitan areas, have high rates of these diseases. As New York Governor Andrew Cuomo said at a conference on the matter in April, of course, underlying issues are a common thread. However, it highlights an unsettling pattern.

“It always seems that the poorest people pay the highest price. Why is that?” he asked. “Let’s get research and data as to why we are having more people in minority communities and certain neighborhoods—why do they have higher rates of infection? What else is at play? Let’s learn from this moment now.”

Louisiana was one of the first states to release ethnic data, according to an article on the subject in The New York Times. The state’s compiled information showed that although African Americans make up only 33 percent of the state’s population, they made up 70 percent of those residents who died of the disease.

Gross re-iterated that underlying health issues or comorbidities, social determinants like safe housing, job opportunities, and education level, or having viable access to health care were frequently cited as the reasons behind this country’s racial disparity.