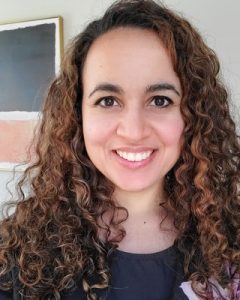 According to the National Association of Criminal Defense Lawyers (NACDL), Southern states, post-Civil War, utilized criminal justice as a way to maintain control over African Americans. A loophole in the 13th amendment, which abolished slavery and involuntary servitude, enabled these states to pass “Black Codes,” a system that involved the arrest and imprisonment of African Americans.

The Latino population has faced similar discriminatory practices when it comes to the criminal justice system. The Pew Research Center conducted a bilingual phone survey of 2,015 Hispanic adults in 2008 and found that four percent of this population was in prison/jail or on probation or parole.

The spotlight on racial disparity has been focused more recently on minorities with the deaths of George Floyd, Breonna Taylor, and others. Such incidents have prompted investigations and examinations of police procedure and racial bias.

In 2019, a team of researchers from the Criminal Justice Policy Program at Harvard Law School undertook a yearlong project to examine the issue of racial disparity in the criminal justice system. The 100-page report represents more than one million cases.

A 2016 report from The Sentencing Project further illustrated the racial and ethnic disparities in incarceration rates between Massachusetts and the rest of the country. The Commonwealth ranked first for the Latinx population and 13th for Black people.

The report includes data from the different stages within the criminal justice system, from the initial charge and bail determination to adjudication and sentencing.

Specifically, the report noted that while White people comprise approximately 74 percent of the population in Massachusetts, this demographic accounts for 58.7 percent of cases.

Furthermore, White people are more likely to have cases resolved through pretrial probation, continuances without finding (CWOFs) or other less severe dispositions than Black and Latinx people, according to the report.

Also, the authors of the report suggested that the severity level of the initial charge plays a key role in determining sentence length. For instance, they noted racial and ethnic differences in more than 70 percent of the disparities when charges included drug and weapons offenses and offenses that carry mandatory minimum sentences.

The authors emphasized that the data obtained measured “…only contact with the criminal systems and not crimes actually committed.”

While the report contains significant valuable information, the research team encountered some challenges in accessing additional in-depth data and statistics. The report found that records were not adequately linked across various agencies; electronic tracking of key data points was also lacking. The researchers found that police data was sometimes unavailable in electronic format.

To more accurately capture important data points, the authors recommended creating more coordinated efforts among agencies, which would improve the quality and completeness of the data and provide transparency.

According to Luana B. Bessa, Ph.D, owner, Bela Luz Health, LLC in Boston, the findings in this report have “… implications for our understanding of how implicit bias and systemic factors may play a role in the charging and sentencing process.”

“Institutional racism in the criminal justice system is a mirror for systemic racism in our society, where people of color face discrimination in overt and covert ways as a part of their daily lives, and where historical systems in place reinforce their marginalization unless explicit efforts are made to change those systems,” Bessa said. “This is the importance of questioning the status quo and assessing who our systems were built to work for and who they were built to work against.”

Bessa pointed out that this study references issues of intersectionality, where multiple factors intersect in meaningful ways around experiences of marginalization. “For example, there is an intersection between racial disparities in the criminal justice system overall, and the stigmas around drug addiction and drug related offenses, which relates to how drug related offenses are then racialized,” she said. “When we think of issues related to institutional racism, we need to also look at it from an intersectional perspective.”

Bessa noted the importance of keeping in mind “…that this study does not take into account the factors that precede involvement in the criminal justice system, including ways in which people of color face discrimination, vulnerability, and marginalization in their lives generally and how systemic racism plays a role in the prison pipeline.”