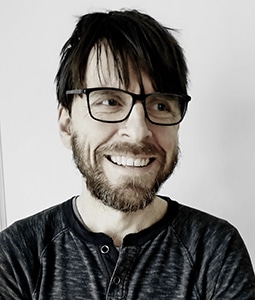 The most recent Black deaths at the hands of police have fueled protests across the country. But for some psychologists, their interests lie not in what they are protesting, but why they protest in the first place. And when they protest, why does it sometimes turn violent?

As we have seen from a few of the recent George Floyd protests, there has been some rioting and looting. A 2018 collaborative study between the University of South Carolina, Stanford University, and the University of Toronto, posed that question: does violent protest backfire? In it, the researchers theorized that when things become violent, the public perception of the protesters turns negative. Protesters were more likely to be seen as unreasonable and support for them decreased.

Brent Simpson, Ph.D, co-author of the 2018 research article, said one of the key factors in a protest is if there is a unifying message. Are they all saying the same thing or will observers have to cypher the message? For example, Black Lives Matter resonates because it is about one main issue.

Simpson, also professor and graduate program director at the University of South Carolina, noted, “Support for Black Lives Matter is definitely increasing. It has changed more in just the past few days than in the past several months across all demographics. Black Lives Matter was seen as radical initially and now it’s mainstream.”

He compared that cause to the Women’s March that has been held for the past three years since Donald Trump was inaugurated. There were a number of progressive ideas attached to the march, which led to it being essentially “co-opted” by other progressive goals. That was a major criticism of the movement and may be why it has lost steam with each successive year, he said.

“It has changed more in just the past few days than in the past several months across all demographics. Black Lives Matter was seen as radical initially and now it’s mainstream.” --Brent Simpson, Ph.D, co-author of “Does Violent Protest Backfire? Testing a Theory of Public Reactions to Activist Violence.”

Lauren Duncan, Ph.D, professor of psychology at Smith College and an expert on the psychology of protest, agreed with Simpson’s point on one of the American Psychological Association’s podcasts in early June. The Women’s March seems to have fizzled because there was not one issue but many to rally around.

“There were so many different groups that went to these marches; they weren’t just women’s groups either,” she said. “They were fighting for immigrant rights and anti-racist groups. You name it, if it’s on the progressive left, they went to that movement.”

However when protests turn violent, Simpson said it’s “the law of probability” that things may get out of hand. Statistically speaking, if you get that many people together in one area, mob mentality may result.

“Some research has suggested that people may engage in radical tactics because it gets media attention,” he said. “It attracts attention to their cause.”

But for many, the reason to take to the streets for George Floyd was watching him die on national television. It was shocking, deeply disturbing, and the kind of thing that can incite the rage necessary for a riot.

Floyd was hardly the first Black man to die at the hands of police. And because of that fact, seeing people who look like you killed on a regular basis, time and time again, the psychological impact is cumulative for African Americans.

In a recent interview with New England Cable News, Stephanie Pinder-Amaker, Ph.D., director of the McLean College Mental Health Program and assistant professor of psychology at Harvard Medical School, made the point that these protests aren’t just about recent events. There is a collective feeling of long-term social injustice.

“From a psychological perspective, what America is not hearing or more specifically not feeling,” she said, “is the profound psychological exhaustion of the accumulated injustices and trauma.”

But what makes the Floyd protests different is the impact it has made on those who aren’t African American.

“Human beings are wired to respond to visual images,” said Duncan. “When you see it or hear it or both, it’s much more likely to help create that thing that gets people who have privilege and spurs them into action.”

Simpson agreed with Duncan’s statement that the tricky aspect of social movements is that it’s not always easy to predict which ones will last. But when it comes to the Floyd protests, he said this one feels like it’s going to stick.

“This is lasting longer than most people thought it would,” he said. “I think this time it feels different. We’re seeing the changing structure of police departments. This feels like it’s going to create lasting change.”

However, Duncan noted that what creates actual change depends on a catalyst or a “tipping point.” Any time there is meaningful social change, it doesn’t necessarily come from those who have been oppressed or treated unfairly. She put it this way.

“It’s only when the ‘silent majority’—people who aren’t directly affected by this maltreatment—only when those people finally take an interest and start to get outraged, that causes things to tip over into wide-scale social change.”