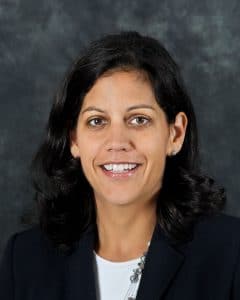 Colleen Creighton, CEO of the American Association of Suicidology (AAS)

In two years, the U.S. will have another three-digit emergency code: 988. In a co-sponsored bill proposed last year by Massachusetts State Representative Seth Moulton and Utah State Representative Chris Stewart, that number will directly connect callers with the National Suicide Prevention Lifeline.

In July, the Federal Communications Commission (FCC) unanimously voted to designate 988 as the national number for mental health emergencies.

Until now, the access line has been the 10-digit number 1-800-273-8255. But like its emergency counterpart, 988 is far easier to remember and quicker to dial. A surcharge is slated to be connected to it as a way to financially support the call centers much like 911.

Phone service providers have started the transition process for final implementation by the summer of 2022.

For Moulton and Stewart, however, this bill is personal. They are both veterans and Moulton in particular has openly discussed his PTSD. Moulton has said that if you’re having a panic attack or other anxiety issue, you should only have to dial one number quickly.

The Congressmen nestled the National Suicide Hotline Designation Act into the Health and Economic Recovery Omnibus Emergency Solutions (HEROES) Act, which was proposed last year. The HEROES Act, a $3 trillion stimulus package in response to the COVID-19 pandemic, was originally passed by Congress in May.

An upgrade to that stimulus package is currently on hold, but the hotline legislation was passed by Congress in September and is currently awaiting final approval from the President.

Critics of the hotline say there is no texting capability. For many young people who prefer texting, providing only telephone access seems antiquated. The hope is that there will be a text option in the future.

Colleen Creighton, CEO of the American Association of Suicidology (AAS) who was very involved in the legislation of 988, said there is the “future possibility of having text capabilities” because they are having the conversations about it now. This three-digit suicide hotline is needed now more than ever. Suicide prevention teams have seen an increase in calls since March at the beginning of the pandemic lockdown. Kathy Marchi, executive director at Samaritans in Boston, which provides suicide prevention services throughout the state, said they received more than 84 percent more text messages to their crisis hotline between March 12 and June 30. Phone calls also increased 23.5 percent during that time.

“This legislation also begins to elevate mental health emergencies to a similar priority as other crises, with the parallel of calling 911 for more general emergencies,” Marchi replied in an email. “For too long, there has been a stigma around reaching out for emotional support. Making this conversation part of the national agenda call only help encourage those who may have felt ashamed before.”

The CDC reported in 2018 that in the years between 1999 and 2016, almost every state with the exception of Nevada saw an uptick. In the New England states alone, there was a range from about a 20 percent increase to almost 50 percent.

For Creighton, the suicide hotline has its major benefits but there’s a downside that is cause for concern. She is worried there may not be enough bandwidth to shoulder the volume of calls. And she is concerned whether they will receive enough funding for resources to support the initiative.

“That can increase wait times,” she said. “It may crush the staff who may not have the capacity or may be doing double and triple shifts to cover the demand. We want this to be a well-resourced system. We should value mental health as much as we value physical health.” Ron White, LICSW, chief program officer at Samaritans, mirrored Creighton’s thoughts on the connection between mental and physical health. “This is tying mental health parity with physical health,” he said. “We have a national system for emergency response, but not one for mental health. With a three-digit number, people now have access to help without having to go to the ER.”

White added that they are hearing from people who are worried about insecurity in housing and food, job loss and fears about getting sick. As of March and April, COVID-related terms were mentioned as high as 40 percent. But by August, they were down to nine percent. With schools and businesses opening up, perhaps the suicide rate will shift downward?

Not so fast, said White.

“I think we will continue to see an increase in suicide rates,” he said. “Gun ownership has gone up. With people feeling the effects of the pandemic, the social isolation and they have a lethal means available to them, it’s a perfect storm.”

Marchi agreed, saying there will very likely be long-lasting mental health impacts from the pandemic. From anxiety around finances and job loss to concerns about health, compounded with the on-going consequences from isolation, there is no shortage of factors that are negatively impacting people’s well-being. Those factors are why she feels 988 is so important.

“We feel confident that, with the introduction of the 988 legislation, people who are struggling will be able to reach crisis centers more quickly and efficiently,” she said. “With a short and memorable number like 988, people in need will be able to more easily reach out for help.”