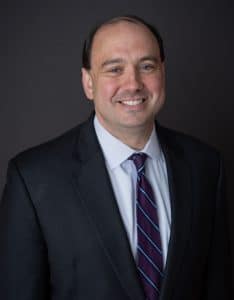 In March, a bill was presented to the Massachusetts legislation that effectively upgrades suicide prevention plans in the state’s prison system. Based on a report from the Department of Justice (DOJ) after an investigation of the suicide response practices of the Department of Corrections (DOC), serious concerns were identified and the bill, S. 1283, seeks to rectify those issues.

For example, some correctional officers who supervised prisoners on suicide watch were found asleep. Some reportedly encouraged self-harm or failed to stop instances of self-harm. And, in some cases, that “willful disregard,” as noted in the report, led to prisoner injury or even death.

Individuals in some form of solitary confinement can spend weeks or even months in that condition and are at risk for suicide as a result. A large percentage of prisoners with mental health issues—36 percent of men and 81 percent of women—have open mental health cases.

Why is there such a large gap?

“A majority of people who are incarcerated already have a mental health issue, which is partly why they end up in prison. It’s a real crisis.” --Sen. Jamie Eldridge (D-Middlesex and Worcester District)

Fleischner is a Massachusetts Association of Mental Health senior consultant and former assistant director of the Center for Public Representation.

The stigma for seeking help doesn’t stop with the prisoners. Massachusetts Sen. Jamie Eldridge (D-Middlesex and Worcester District), co-author of the bill, said his state has one of the highest suicide rates not only for prisoners but correction officers as well.

The officers have a sort of unwritten rule to hide their emotions—feelings of depression or anxiety—until it’s too late.

“It continues to be a culture in the DOC. There’s a clear signal to correctional officers if they ask for help or feel depressed, they won’t get assignments or a promotion,” he said. “There’s a signal to hide it. Often, it’s one or two years before their retirement that they commit suicide.”

The bill looks to change the current procedures. For one, it would prohibit suicidal prisoners from remaining in solitary confinement and require a transfer to a psychiatric facility if need be.

It also looks to mandate a suicide watch policy with a direct chain of command under mental health professionals instead of correctional personnel. Importantly, the bill wants to see all prisoners with mental health issues, not just the ones with suicidal tendencies, to receive appropriate treatment.

“No matter where suicide happens, society needs to prevent those tragedies,” said Eldridge. “A majority of people who are incarcerated already have a mental health issue, which is partly why they end up in prison. It’s a real crisis. The biggest provider of mental health care is the prison system.”

Eldridge strongly believes solitary confinement should be eliminated to create a healthier prison system. After a prolonged period of time, prisoners can suffer from the mental health impacts depression, paranoia, losing touch with reality, or even violent outbursts.

As Fleischner said, being alone 23 hours or more a day is deleterious to mental stability.

But as Eldridge pointed out, solitary is often considered a means of rehabilitation for the prisoner. He begs to differ. “The theory [of solitary confinement] is rehabilitation,” he said, “but putting them in a mental state in which they can’t function properly, I don’t consider that actual rehabilitation. It’s about punishment and having them suffer even more.”

Fleischner discussed the oft-cited works of Craig Haney, Ph.D., J.D., and Stuart Grassian, M.D. In some of Haney’s research, he highlighted the toll on correctional officers who are underprepared and undertrained to handle a situation with a prisoner who may be mentally ill because of prolonged solitude.

Those officers see those prisoners as “purposeful rule breakers” rather than individuals who need professional help.

Grassian, however, is renowned for his “SHU syndrome.” Special Housing Units (SHU) are cells within a correctional facility meant for inmates who break prison rules to be confined to isolation. According to Grassian, there are six main symptoms produced as a result of solitary confinement: hyper responsiveness to external stimuli; hallucinations, illusions, and perceptual distortions; panic attacks; difficulty thinking, concentrating, and with memory; intrusive obsessive thoughts; and paranoia.

Both Fleischner and Eldridge acknowledged that the staff is a key component to a more successful approach to mental health. When you have correctional officers who choose to be there working with qualified mental health professionals, there’s a much more successful outcome, they believe.

“The environment improves for everybody when there are appropriate mental health services available—other prisoners, guards,” said Fleischner. “Everyone benefits.”

But more specifically, Eldridge noted, most of the existing mental health services are contracted out creating a counterproductive dynamic. Prisoners are not getting the help they need because the loyalty is to the contract and not the patient. When mental health is overseen by mental health professionals, the cycle of care is a much more positive one.