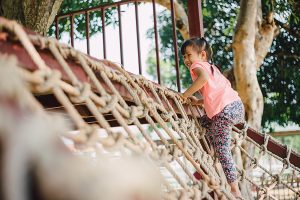 This past spring, the Food and Drug Administration banned the use of electrical stimulation devices (ESDs) because they present an “unreasonable and substantial risk of illness or injury” to patients with aggressive or self-injurious behavior.

The ban is nation-wide but directly impacts one school—the Judge Rotenberg Educational Center (JRC) in Canton, Mass. The device has been used for decades at the residential school for people with autism and other psychiatric, developmental, or mental disabilities. It is the only facility in the U.S. that uses the technique on its residents.

“Since ESDs were first marketed more than 20 years ago, we have gained a better understanding of the danger these devices present to public health,” said William Maisel, MD, M.P.H., director of the Office of Product Evaluation and Quality in the FDA’s Center for Devices and Radiological Health.

“Through advancements in medical science, there are now more treatment options available to reduce or stop self-injurious or aggressive behavior, thus avoiding the substantial risk ESDs present,” he added in an official statement.

The FDA, an agency within the Department of Health and Human Services, said evidence suggests that the device doesn’t actually deter the behavior it is meant to change. The agency said a number of significant psychological and physical risks are associated with their use like worsening underlying symptoms, depression, anxiety, PTSD, and even burns and tissue damage.

The federal organization has banned only two other products—powdered surgical gloves in 2017 and prosthetic hair fibers in 1983.

In 2016, the Washington Post covered a story about the use of the devices at JRC. One in five residents are hooked up to the device, which is a box about the size of a deck of cards that can send 45.5 milliamps of electricity through bands attached to the wrists or legs.

The FDA, at that time, was threatening a ban of the device. Advocates for autistic people have been against its use. On the other hand, some parents supported it, claiming it has been life-changing for their children who have aggressive outbursts.

Aggressive outbursts include biting off one’s own tongue, banging one’s head so hard the retinas detach, and ripping out chunks of skin. One resident’s mother relayed an incident in which her son had an episode, lashing out at her by ripping out most of her hair. The school said they use the device as a last resort in conjunction with other behavioral therapies.

The FDA noted they realize patients may need to transition to other treatments as they gradually decrease the use of the device. They offered a 30- to 180-day reprieve from the date of the ban, depending on specific individual circumstances, to provide enough opportunity to make that shift.

The agency also noted that its decision to ban the device came as a result of consulting clinical and scientific data, input from experts in the field and state agencies, comments from JRC, parents and individuals familiar with ESDs, disability rights groups, and the FDA’s own advisory panel.

They said they believe “state-of-the-art behavioral treatments, such as positive behavioral support, and medications can enable health care providers to find alternative approaches for curbing self-injurious or aggressive behaviors in their patients.”

JRC originally opened in 1971 in Rhode Island and then moved to Massachusetts in the mid-1990s. The facility started using ESDs in the 1980s after it was named for Judge Rotenberg who allowed them to continue “aversive therapy,” as the shock treatment was called.

The device was meant to be a deterrent to negative behaviors in autistic people, like the head banging and other overtly aggressive responses either to themselves or others. Today, this form of shock treatment is seen as antiquated as conversion therapy is for the LGBTQ community by those who oppose it.

But the school has maintained that this device has had positive effects. In a New York Times article about the ban this past March, school officials were quoted as saying that they provided the FDA with “countless hours of testimony, volumes of information,” and “multiple requests” for the FDA to visit the school. They said the FDA “stuck its head in the sand and refused to visit.”

Representatives from Judge Rotenberg Educational Center could not be reached for comment at press time.