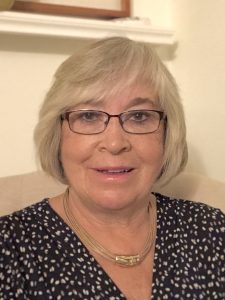 Some special education residential schools in Massachusetts received a much-needed fiscal shot in the arm when Governor Charlie Baker announced that $16.1 million would be awarded to certain facilities.

Thirty-two special education residential schools were given the funds to help alleviate pandemic-related expenses. Awards ranged from $18,220 to nearly $2 million.

Vincent Strully, CEO and founder of NECC, pointed out that special education residential schools were named essential services so never closed their doors during the course of the pandemic. Thus, they had to immediately implement precautionary measures to protect staff and students.

NECC’s 127 residential students live in group homes and present with diagnoses across the autism spectrum.

Strully pointed out that NECC had been in discussion with state agencies from the very beginning of the pandemic and received tremendous support from the Governor and from Secretary of Health and Human Services Marylou Sudders.

“I have never in 45 years seen such support for special education programs. The state recognizes that we need these programs,” he said. “Everyone is working together.”

The school spent in excess of $3 million to implement a comprehensive plan for keeping staff and students safe. In addition to the state funds, NECC received $130,000 from the Federal Emergency Management Agency (FEMA).

According to Strully, NECC created an isolation room for students who tested positive, redid the ventilation system and installed ultraviolet lighting. Additionally, they provided hazard pay for staff and overtime for those who worked in the COVID unit.

The pandemic forced NECC to adapt and learn how to separate staff and initiate effective cleaning protocols to limit the spread of the virus. “We formed an emergency management team early on,” Strully said, noting that key employees formed a strong group that communicated regularly with staff and families.

NECC implemented careful and frequent testing and followed guidelines issued by the Centers for Disease Control and Prevention (CDC).

The measures that NECC has taken have kept the pandemic under control in the group homes and also in the day school, which reopened on July 7, according to Strully. “We are now prepared for the future. We have stockpiled equipment and have more avenues for testing,” he said. “We are preparing for a second round.”

The Evergreen Center in Milford also received just over $1 million in relief funds, which was applied to a number of expenses, according to Judy A. Hurlburt, MEd, chief administrative officer. The facility purchased personal protective equipment (PPE), upgraded its central educational facility as well as its 14 group homes located in surrounding towns.

She pointed out that all the changes took place well in advance of the state’s relief funds. “We didn’t know this was coming,” she said.

In addition to purchasing significant amounts of cleaning supplies and sanitizers, Evergreen bought a canopy and outdoor furniture that enabled families to meet safely with their children in an open air setting once those visits resumed in July.

Hurlburt understood the importance of controlling the environment. “Daily cleaning is a priority,” she said, reporting that regardless of official professional role, all staff became a willing part of the cleaning team. “Everyone got involved. The teaching staff felt good knowing they were working in a safe environment.”

Staff also underwent a significant amount of training; they created competency checklists to reinforce the necessary precautionary steps to maintain a safe environment. Cleaning checklists ensured that every room was ready for use.

Whenever possible, operations became contactless, Hurlburt said. Interior doors, if not fire doors, were propped open. Kitchen staff prepared and delivered food to the group homes using rubber bins placed outside the door; they did not enter the home.

Families and visitors were not allowed on campus during the early stages of the pandemic, but could drop off items for their children in a designated outdoor place. “We tried to avoid bringing too many people into the environment,” Hurlburt said.

While the state has provided generous financial support through these awards to alleviate some of the fiscal burden, residential schools anticipate on-going expenses to protect the health and safety of staff and students from the virus.