Conversion therapy ban passes in New Hampshire, fails in Massachusetts and is vetoed in Maine 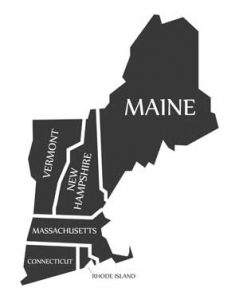 In a movement that seems to be growing, a ban on mental health professionals providing conversion therapy for people under 18 has been signed into law in 15 states. There have been five bans this year alone.

In June, New Hampshire Governor Chris Sununu signed a bill banning the practice in that state.

“There has been a real cultural shift,” said Shannon Bader, Ph.D, A.B.P.P., the legislative chair for the New Hampshire Psychological Association. “We were the 14th state with an outright ban.”

Historically, conversion therapy has included everything from instruction on why and how to change to shaming the subject to physical punishment or inducing nausea to create aversion.

Supporters of these bans point to a lack of research showing that the practice actually works, along with fears that it causes harm to youth.

“I am confident that the vast number of voters in Maine believe this is the right thing to do.” -- Representative Ryan Fecteau (D-Biddeford)

“There is no credible evidence that conversion therapy can change a person’s sexual orientation or gender identity or expression,” said Stephen Peters, senior national press secretary and spokesperson for the Human Rights Campaign.

“To the contrary, research has clearly shown that these practices pose devastating health risks for LGBTQ young people such as depression, decreased self-esteem, substance abuse, homelessness, and even suicidal behavior.

Across New England, a similar bill has had some success, being signed into law in Rhode Island and Connecticut in 2017, and Vermont in 2016.

In Massachusetts, a bill introduced by Representative Kay Khan (D-11th Middlesex District) was passed by the state’s House of Representatives but stalled in the Senate. According to Khan’s office, there is still potential for the bill to be passed during the state’s informal session, which runs through December.

In July, Governor Paul LePage of Maine became the first state governor to veto a bill banning conversion therapy after it had passed the state’s legislature. Proponents of the bill did not have enough support in the legislature to overturn the veto.

Governor LePage’s office did not reply to a request for comment but in his written veto, the governor said that the bill “attempts to regulate professionals who already have a defined scope of practice and standard of care per their statutory licensing requirements and that, as it is written – ‘any practice or course of treatment’ – can call into question a simple conversation.”

He said that the broad language of the bill could limit a professional’s ability to provide expertise to a client seeking counseling.

“Professional associations that represent a variety of professionals have spoken in favor of many versions of this law. They would not have testified in favor if they felt that their members would be restricted in their ability to practice. The language is very clear. It is a matter of a professional crossing a line into trying to change someone’s sexual orientation.”

In his written statement, LePage also pointed to a law he championed several months ago that would have banned the practice of female genital mutilation [FGM] calling it a “disgusting double standard” that the earlier bill was not passed by the legislature while this one was.

He wrote that that he was vetoing the bill because he believes that “we should apply consistent standards when passing legislature to protect our vulnerable young people.”

“The governor makes a comparison with it,” said Fecteau, “but, for one thing, FGM is already illegal under federal law and conversion therapy is not. That bill was pushed by an anti-immigration group.”

The state of Maine has term limits for governors and this will be LePage’s last term, ending with the election in November. A similar bill will be introduced after that time, said Fecteau, with hopes that a new governor and legislature will support the ban in the future.

Maine is also a referendum state, he explained, meaning that there is potential to bring the bill directly to the voting public.

“I am confident that the vast number of voters in Maine believe this is the right thing to do,” said Fecteau. “If we sent it to the ballot as a referendum I believe it would pass.”