Child abuse reports down; concern is up 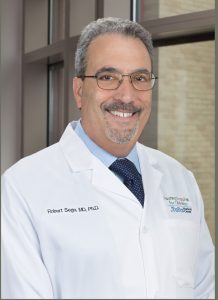 Authorities and medical professionals in Maine are seeing a 30 percent decrease in child abuse reports. The sharp decline began when schools closed in mid-March because of COVID-19. These days, the safety nets that are typically built around children—teachers, friends, neighbors, other family members, doctors and social workers—weren’t there.

Calls to the abuse hotline at the Maine Child and Family Services have also been down. Only seven percent of the calls were from school personnel when that number would ordinarily be more than 20 percent.

According to the National Children’s Alliance, a nation-wide network of children’s advocacy centers, approximately 700,000 children are abused in the U.S. each year. Physical, sexual, and psychological abuse as well as neglect are the most common forms of abuse. Not surprisingly, the youngest children are most vulnerable.

This (situation) is not exclusive to Maine. The New England region has experienced major decreases in reported cases. In Massachusetts, child abuse reports dropped as much as 55 percent by April.

Connecticut and New Hampshire have also seen double digit decreases during that period. Rhode Island saw a decrease of 34 percent from March through June according to the state’s Division of Children Youth and Families.

“It’s difficult to detect neglect through Zoom. Children are not returning to the same level of interaction with adults.” --Robert Sege, MD, Ph.D, board member, Massachusetts Children’s Trust and Prevent Child Abuse America

In just the first month of the lockdown from March 15 to April 15, Vermont’s Department of Children and Families showed a 70 percent decrease in reports of child abuse.

Additionally, the Bureau of Labor Statistics shows 20.5 million jobs were lost nation-wide in April. So at a time when families have suffered through unemployment and financial instability, daily stressors are at an all-time high.
Robert Sege, MD, Ph.D, a board member of Massachusetts Children’s Trust and Prevent Child Abuse America, says the root cause of child abuse is that the parents are stretched beyond their tolerance.

“When you lose a job, it’s a huge financial hit,” said Sege, who is also professor of medicine at Tufts University School of Medicine. “But there was unemployment insurance which softened the blow. So at this point, we don’t know what’s going on.”

He added that parents are in the difficult situation of being productive when their kids are out of school and have no after school activities. Certainly, it’s an added stressor with distance learning and home schooling. The more stress, the more risk of abuse.

Sege warned that while we can speculate about the drop in reporting, we need to wait and see what the data really means once kids start going back to school. He said that it’s a little like a Rorschach test: there must be more abuse because of the financial risk factors.

However, other experts are more skeptical that we’re projecting our beliefs without actual data. While some families may have been hit hard, other families strengthened bonds and made the best of things. But he said even if suspected abuse exists, it may still be difficult for teachers and school systems to detect a problem.

“It’s difficult to detect neglect through Zoom,” said Sege. “Children are not returning to the same level of interaction with adults.”

As schools start opening up for the year, many students are still doing distance learning or a hybrid format that includes half the time in-school. As Sege pointed out, there will be a clearer understanding of the level of abuse as the school year progresses.