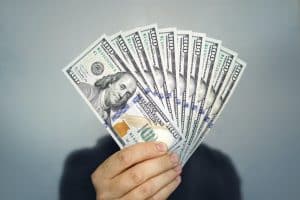 The American Rescue Plan Act (ARPA) was put into law in March 2021 with $350 billion allocated to aid public health, economic, and community programs. Of that $350 billion, Connecticut received $2.6 billion. The state has put several programs in action, including ones that target the mental health of seniors.

For example, in New London, the senior center is using $100,000 to hire an outreach mental health worker. Marina Vracevic, the center’s senior citizens coordinator and municipal agent, said although they always thought a mental health care worker was necessary, the center focuses mainly on recreational activities, so it was less of a priority. However, once the pandemic hit, everything shifted.

“Our role changed drastically,” she said. “We started handing out meals and supplies, bought groceries and picked up medications. We had to jump in and do all these odd jobs. It’s not what we do, but for a lot of our seniors, there was no other way.”

Vracevic talked about the secondary effects of the pandemic—an uptick in heart attacks and strokes. She noted that many of the seniors have spent most of the last two years in lockdown. As a result, many seniors with existing conditions got worse.

The center chose to implement a weekly check-in, calling to ask if anyone needed anything. In addition, they disseminated information from the health department, the Centers for Disease Control, or even what they were hearing on the news.

Other measures included offering exercise classes on Zoom and coordinating with other senior centers in the state for a community calendar so that seniors could access those by Zoom, too. They dropped off masks and hand sanitizers. Vracevic said those steps went a long way in quelling some anxiety and depression.

With the hiring of a person to focus on mental health, Vracevic anticipates the person will screen clients, identify their needs and set appropriate appointments. Other duties would be to ensure seniors keep those appointments and receive transportation. And speaking Spanish would be a big plus. “It’s a big role, but we need this,” she said.

Almost all of the centers received direct ARPA funds. And like New London, each center indicated the importance of having a mental health worker on staff. Seniors have been struggling through the pandemic and they are still struggling two years later. Many of the centers admitted their numbers are down because members are still afraid to be around other people for fear of getting sick.

Linda Lamoureux, director of Brooklyn’s center, said of the more than 600 members who would normally attend events, “Our numbers are down. I think people are still afraid.”

Stan Mingione, executive director at The Estuary, said his numbers are down, too, with some people still hesitant to return. But their grab-and-go food service is still widely popular and he’s beginning to see an uptick in activity.

An average day attracts approximately 100 people. This senior center is a little different than others because it is a private non-profit serving nine towns in the area with about 4,000 members. Its social worker was funded through a grant from Senior Resources through The Eastern Connecticut Area Agency on Aging, a government agency.

“Even pre-pandemic, we were seeing depression and loneliness, people struggling financially or with housing. We were never equipped to handle it,” he said. “Now our social worker is on full time. She sees about six or seven people a day, many of them repeats. We now have someone in-house who can follow up when people are referred out.”

Andrea Cofrancesco, director of South Windsor Human Services, hopes to see the same kind of success experienced by The Estuary. South Windsor is in the process of hiring a mental health care worker. She said seniors who were already struggling with depression or their mental health are the ones continuing to struggle the most. They are having a difficult time bouncing back from the isolation, she said.

“During the pandemic, we did a lot of outreach,” said Cofrancesco. “We did a drive-thru event offering food and other things like hand sanitizer twice a week. One woman said to me, ‘when I don’t come here, I really struggle.’ We were just offering soup and a sandwich. It was a simple thing, but it meant so much. It was the only thing that was happening because everything else was closed.”

The senior centers may be reaping the benefits of the ARPA, but it has its critics. Some economists, according to a December 2021 National Review article, said it was “too expensive, too inflationary, too unnecessary and too wasteful.”

While some feel it is bloated legislation, the funds allocated for mental health care arrived at a critical time for many seniors, proponents emphasize.