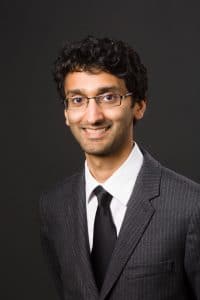 Miraj U. Desai, Ph.D., is an instructor at the program for recovery and community health at Yale University School of Medicine.

Three bystanders witnessed an Asian American woman being viciously attacked in front of a luxury condo in New York and did nothing to intervene.

An Asian man was brutally beaten unconscious on a New York subway while other riders watched.

Another Asian man out for his morning walk in San Francisco was slammed to the ground causing brain hemorrhaging from which he later died.

A mass shooting at three spas in Atlanta saw eight people dead, six of whom were Asian women.

Anti-Asian hate crimes are up in the U.S. and these few examples are just the tip of the iceberg.

Since last March, there has been a significant rise in racially motivated behavior toward the Asian American and Pacific Islander (AAPI) community—everything from slurs to physical attacks to homes and businesses being vandalized.

Statements referring to Covid-19 as the “China virus,” the “Wuhan flu,” and the “kung flu” from the previous White House administration and conservative media outlets certainly didn’t help.

One organization, Stop AAPI Hate, began a tracking and reporting center in response to the overt xenophobia and bigotry. The 3,795 incidents received by its reporting center between March 2020 and February 2021 are only a fraction of what actually occurs, according to that group.

Because of the uptick in anti-Asian sentiment and in partnership with Stop AAPI Hate, the Asian American Psychological Association (AAPA) made a plea to Congress two months ago citing several issues.

AAPA Board Member Anne Saw, Ph.D., and Vice President Nellie Tran, Ph.D., addressed the surge in racism and xenophobia, the impact racism has on mental health like anxiety, depression, PTSD and its impact specifically within the context of Covid-19.

Tran, who is also an associate professor of community and multicultural counseling psychology at San Diego State University, was quoted in the school’s online publication regarding her testimony and the issue’s importance.

“Treating Asians as ‘other’ has been a normal thing throughout our history. One thing we don’t talk about in the testimony and what a lot of Asian Americans today feel is racial slighting, microaggressions,” she explained.

“We are the punchlines, the butt of all jokes. When you need a comic relief or a clown in a movie, it’s an Asian person. I think when the shooting happened [in Atlanta], for a lot of Asian American women, it also raised these stereotypes around being hypersexualized, being objectified. We are stereotypes everywhere we go.”

Matt Lee, Ph.D., is a professor in the human services program at Northeastern University in Boston who teaches cross-cultural psychology and ethnic identity and conflict.

Lee, also the AAPA’s finance co-officer, agreed with Tran’s statement and also pointed out the “myth of the perpetual foreigner,” which is no matter how long you’ve lived in the U.S., you’re not considered American because of what you look like.

Touching on “microaggressions,” he noted the following:

“Microaggression is any sort of insult or slight, often not intended to offend, but the target feels minimized or denigrated,” he said. “There are micro-insults, micro-invalidations, micro-assaults. When so much of these things happen over and over, it’s an accumulation over time and it’s not microaggression anymore. People are suffering from this.”

Lee acknowledged an uptick in anxiety and even insomnia in the Asian American communities, also indicating the “vicarious trauma” that people feel when they see a racist act. It may not have happened to you, but you can still feel the fear, guilt, and shame that comes with it.

Some AAPI seek treatment, but many others still have a cultural stigma against getting any sort of help. That reasoning may have to do with the fear that the clinician may not be “culturally competent.”

A patient may present with a particular issue but if the clinician doesn’t fully understand it, they may misdiagnose, according to Lee.

Miraj U. Desai, Ph.D., instructor at the program for recovery and community health at Yale University School of Medicine’s department of psychiatry took that idea one step further.

He said that while these horrific experiences certainly can and do lead to mental health issues, they inflict much more damage than can be “neatly captured” by a specific diagnosis.

“At its root, racism is reflective of a society that is ill, and one that wages full-scale assaults on whole groups’ subjectivity, psychology, dignity, safety and sense of community,” he explained.

“Traditional mental health concepts struggle to capture that full psychosocial complexity of both the cause and the consequence, and, at worst, can overly individualize or psychologize racism, which can lead to, for example, neglecting social structure and placing the burden on the individual alone.”

But getting that “social structure” to change is exactly what the AAPI community wants. From rallies in Texas to New York to Massachusetts, the message against anti-Asian hate is clear: this behavior has got to stop.

At a Capitol hearing for the bill, Meng said that combating hate should not be a partisan issue—it’s really about the safety of all Americans. But as Lee explained, racially-motivated hate doesn’t affect all Americans the same way.

“People who look like me are getting harmed in attacks,” he said. “On a personal level, it’s been a struggle. We feel the pain.”