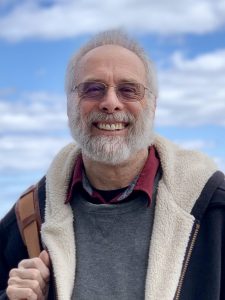 Michael Milburn, Ph.D, a recently retired professor of political psychology at University of Massachusetts Boston and author of a book on the the role of negative emotion in politics, “The Politics of Denial”, sees a use of cult-like techniques by those in power to create a system that will further enrich those at the top.

Despite vast evidence to the contrary and more than 60 lost court cases, more than half of Republican voters believed that the presidential election in November was actually won by Donald Trump, according to multiple polls done since November.

Across America, there is also strong support for the idea that the media cannot be trusted and that there are secret “deep state” bureaucrats within the government working to undermine democracy. Further, according to an NPR/Ipsos poll done in December, conspiracy theories posited by QAnon, (that Democratic leaders and Hollywood personalities are part of a secret cabal of pedophiles who molest and eat children) were rated as true by a full 17 percent of respondents and 37 percent were not sure if they were true or were not.

How does this happen, this mass adherence to ideas, beliefs, and movements that are easily proven wrong? A commonly used accusation, that those who follow these extremist beliefs are part of a mind-controlling cult may not be far off the mark.

According to Steven Hassan, LMHC, a former cult member who specializes in helping people to recover from cults at his Freedom of Mind Resource Center, in Newton, Mass., there are parallels between Trump and well-known cult leaders, from the constant undermining of facts to certain authoritarian tactics. His insistence that the media can’t be trusted and that there are those in the government who are out to get him are examples of these tactics.

With QAnon, there are many theories about how the movement has grown so quickly during a pandemic year, from more time spent online to people looking for connection to how the whole thing has been manipulated by unknown controllers similar to a live-action video game (see the article, “A Game Designer’s Analysis of QAnon” on Medium.com.)

What is most unsettling may not be why the average person follows these ideas but whether there is an orchestrated push to influence them to do so.

“We are not living in a post truth world,” as some would call it, said Hassan, “We are in an age of influence. In this digital age, state actors like Russia, Iran, China, to name a few, are doing psychological warfare on America to try to divide and cause chaos and conflict,” he said.

“Internally, there are authoritarian cults of the Christian Right spending an enormous amount of time and resources because they want to undermine the separation of church and state and want temporal power. And of course, there are white supremacists and the Jewish Right and the NRA and a bunch of other cults, all unified by the desire to have ‘power over’ versus fighting for human rights and democracy.”

Michael Milburn, Ph.D, a recently retired professor of political psychology at University of Massachusetts Boston and author of a book on the the role of negative emotion in politics, “The Politics of Denial” (MIT Press, 1996), sees a use of cult-like techniques by those in power to create a system that will further enrich those at the top.

“How do you get people to vote against their own economic self- interest?” asked Milburn. “It seems very clear that there are the oligarchs, the really wealthy, who are able to get a lot of other people, who are not wealthy all, upset by raising incredibly emotionally loaded issues, racism, guns, gays, immigration, to trigger emotional responses and get them excited and angry and promote a sense of victimization. And those are childhood triggers for a lot of people.”

Feeling part of a group may be key to the draw for these ideas and theories.

“Social psychology has worked on that for years, looking at processes of social influence,” said Milburn. “Being in a cult is being in this group and feeling that ‘we are lucky to be here, we are the in group and they are the out group. We are the MAGA folks and we have special hats.’”

“The irony is that if Trump had just embraced the science and had everyone wear a MAGA mask, he would be President now,” he added.

As we attempt to move on with a new administration, how does the country move forward and how does psychology help that process? The Goldwater Rule restricting mental health professionals from offering professional advice on public leaders should be re-examined, Hassan said.

On a grassroots level, psychologists must focus on helping those who are looking for support for themselves or loved ones who have fallen down the “rabbit hole” of conspiracies and extremism, according to Hassan.

In his book, “The Cult of Trump” (Free Press, 2019), he outlines how the most ardent followers of these beliefs and leaders are similar to those involved in a traditional cult and may need help with recovery.

“There is way too much blaming of people who have been mind-controlled, that they are weak or stupid,” said Hassan. “But anyone who cares about their world, and if they are not educated about how to evaluate claims, is vulnerable. People want hope and are wired to follow who they think are legitimate authority figures.”

Treating people with empathy, creating an alliance whether they are a patient or an acquaintance, checking on physical health markers like proper sleep and eating, and agreeing to an open and honest dialogue are ways to start.

“I don’t think that we need to worry about the ideology so much,” said Milburn. “It is the healing that is going to drive things and make things better.”

After 40 years of working with cult survivors, Hassan highly recommends therapists do their homework before assuming that traditional therapy will work.

“Unless the mental health professional is understanding what the issues are and how to educate the clients to understand the process they have gone through, they are not going to be helping,” he said.

“Most mental health professionals have not received any training so they may do family of origin backgrounds without exploring the radicalization and what happens and when did it happen and what were the critical things that caused them to believe,” he continued.

“The tendency of mental health professionals is to rush to diagnose delusional disorder or schizoaffective disorder rather than looking at the context and influences that caused the radicalization to happen.  People’s operating systems are being hacked or co-opted by some external pressure and that is important to look at.”

“A lot of therapy is psycho-educational, to help people understand what happened to them,” he added. “They are not stupid. They did make some errors in terms of whom they trusted but that is in the past and the mind has a great facility for healing.”

As a society, we need to sort out ways to remove the opportunities for people to be drawn in.

“Preventive education will be huge,” said Hassan, “plus training mental health professionals and law enforcement, and developing intervention services for those who have been radicalized. We are facing a world where there are powerful authoritarian forces that are using digital means and they are on the ascendency.

Locking down and trying to isolate ourselves from those who have been indoctrinated is not going to bring good results. We need to collaborate with everyone who cares about freedom and human rights and labor and sex trafficking. What I am advocating for is world-wide educational effort so everyone can see clearly a lie is a lie,” he said.

Although the influence of Trump is not over and the QAnon theories have grown (March 4 is now Trump’s inauguration day and all laws enacted since 1871 are not legal), there are some followers who are seeking a way out, according to news reports.

“I predict most people will get out of the cult of Trump,” said Hassan, “and realize this was not healthy and that this was psychological warfare that was waged on Americans and that the teachings of Jesus are that his kingdom is not of this world. He said take care of the least and the poor and the sick and that is not what the cult of Trump is all about. I predict people are going to start waking up, although as long as Fox News is committed to having people believe the lies and the platforms are not regulated, we are in trouble.”

As for Milburn? How does he see this all play out?

“I am hopeful that with Biden we will have a President who doesn’t turn his back on facts that are inconvenient for him and doesn’t try to use science as a weapon,” he said. “I am hoping that people will appreciate the difference and that we can get the pandemic under control and the economy will come back and people will feel a lot better.”

“It’s not going to be easy,” he added. “So, I am hopeful although not exactly confident.”