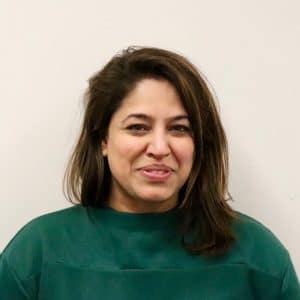 In a perfect world, the color of one’s skin should not affect a therapeutic relationship. However, this is America 2020 and it apparently does.

For instance, studies have shown that therapy dropout rates are significantly higher for Blacks than for whites when they work with white therapists.

“In general, African-Americans tend to have higher drop-out rates because therapy has historically been considered an institutional privilege,” said Martin Pierre, Ph.D, the president-elect of the Massachusetts Psychological Association (MPA).

In a 2014 study by the Trauma Research Institute, at Alliant International University, San Diego, CA, researchers found communication problems cited by 82 percent of their minority therapy client test subjects. Some felt that the white therapist avoided any discussion of race, and others commented that they showed an abnormal intensity around the subject if it was raised.

“Therapy is where people open up and show vulnerability,” said Shamaila Khan, Ph.D, director of the Center for Multicultural Training in Psychology (CMTP), at Boston Medical Center and the Boston University School of Medicine. “To not take into account race or other aspects like gender or sexuality negates the whole process and leads to inappropriate care.”

"To not take into account race or other aspects like gender or sexuality negates the whole process and leads to inappropriate care." -- Shamaila Khan, Ph.D, director, Center for Multicultural Training in Psychology at Boston Medical Center

The goal, of course, is to be there for your client no matter the race. It is not realistic to expect the therapist to be of the same background as each client.

“People of color are not a monolithic or homogenous group,” said Pierre. “They are of different backgrounds and cultures themselves. Clients in a great deal of pain want someone who can align with them regardless of their racial background.”

With the dropout rates so high, working with people of color may mean that therapists need to do some homework to avoid committing the same errors.

“Psychologists in Massachusetts are required to take a training in the cultural basis of behavior,” said Charmain Jackman, Ph.D, co-chair of the MPA Presidential Task Force on Equity, Diversity, and Inclusion. “Three credits and that is it and they never have to take anything in cultural diversity again. I have clients of color who share experiences of working with a white therapist who had no sense of cultural diversity, who would make overtly racist statements or commit micro aggressions.”

“I encourage and recommend and demand that white psychologists make a priority to continue to do trainings to build their practice and knowledge around working cross-culturally. I do it and I am a person of color.”

What used to be known as “cultural competence” is a bit misleading, added Khan. Instead, she talks about being culturally sensitive and not assuming you can know everything about someone’s background because of their race. Instead, it is about being open to learning.

“There is no way of being ‘competent’ at this,” she said. “This is on-going work. It is not like you reach a certain point and then you know it all.”

One lesson that has come to the forefront in the national dialogue is the need for white allies to learn to listen more rather than trying to create and push their own solutions on to the problems. This applies to therapy as well, especially in working with someone with a different life experience.

“In fact, said Pierre, “if there is a moment in therapy in which a therapist gets stuck, it is important to acknowledge that you don’t know and say, ‘However, I am willing to learn.'”

Being able to look at oneself and hear feedback is important for self-growth, even for therapists. In this area, it can be difficult to hear that you may be contributing to a client’s difficulties or not helping as you would like. This can also come in the form of feedback from colleagues.

“We need feedback, someone saying that behavior is not okay,” said Jackman. “Someone saying, ‘this is a perpetuation of the oppression.’ And you need to be able to take the feedback and change, do the work. And if you do get this feedback, just say ‘Thank you. I will work on that.’ No one is expecting you to be perfect.”