Woodside’s fate remains up in the air 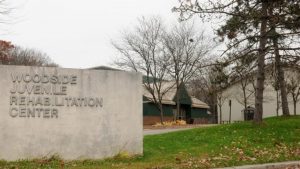 The fate of Woodside Juvenile Rehabilitation Center, Vermont’s only juvenile detention facility, is up in the air.

While state officials work to figure out what’s next for the embattled facility, there are no children housed at the 30-bed secure facility.

“There are no youth being served by the Woodside facility currently,” said Luciana DiRuocco, executive staff assistant, public information officer, for the state’s Department for Children and Families (DCF).

“We are currently using in- and out-of-state programs to serve the youth traditionally served by Woodside for the time being while we see if we can stand up a new program with approximately five beds for those youth that require this level of secure care,” she continued.

“This new program is still being worked out and we don’t have clear answers on this yet.”

She added that state officials “know that youth served in the least restrictive setting possible, considering their and the community’s safety, provides the best outcomes. These are even better with community-based programming. We strive to place youth in the least restrictive setting possible, which has reduced the Woodside census dramatically over the last few years.”

Youth that would have been placed at Woodside who are needing placement in the evenings or on weekends will be supervised through an agreement between the Lamoille County Sheriff’s Department and the state’s Family Services staff, DiRuocco noted.

“They will then be placed in a program within 24 hours,” she said.

Woodside has been the subject of lawsuits and investigations for the past several years. Disability Rights Vermont sued the DCF in June 2019, alleging dangerous conditions for children held at Woodside, which was opened more than 30 years ago.

In August 2019, a federal judge granted an injunction against the state, requiring DCF to collaborate with Disability Rights Vermont and its experts to develop revised policies to address the concerns raised in the federal lawsuit. The lawsuit was settled by April 9, 2020.

Additionally, Woodside staff were trained in Safe Crisis Management, a national model of de-escalation, restraint, and seclusion techniques, according to officials with Disability Rights Vermont.

However, just a few months later, Disability Rights Vermont filed a motion claiming the state had violated the agreement, citing a June 29, 2020, incident that alleged the inappropriate use of restraints on a youth.

By August 2020, only one youth was being housed at the facility, with Gov. Phil Scott’s administration lobbying to close it because of the declining number of children served by the facility. As of mid-September, no youth were at the facility.

During the COVID-19 pandemic, the Department of Mental Health set up Woodside as a temporary site to house COVID-positive adult psychiatric patients. However, it was never used in that capacity, according to state officials, because the expected surge in cases never materialized.

During that time, youth formerly housed at Woodside were being served at the Middlesex Therapeutic Community Residence. Youth won’t be returning to Woodside if some state officials get their way.

“It was built as a detention facility,” DCF Commissioner Sean Brown was quoted during a local television report. “It’s really more of jail-like-type setting than a treatment facility.”

Because of the setting, he said it is “counterproductive to what we’re trying to do” in treating and supporting youth in crisis.