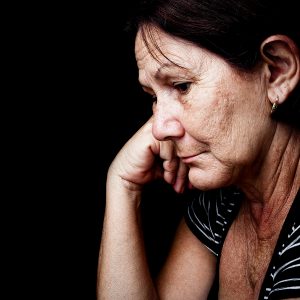 Collective trauma differs from individual trauma as it is recollected in the memory of the group and creates a process of on-going reconstruction and reproduction of the memory in order to make sense of it. Collective memory is also different in that it can be far removed from the actual event in time and space (6).

The memory of collective trauma can be adaptive as it warns of potential future harm. However, collective and historical trauma can also lead to long-term increased perception and sensitivity to possible existential threats. When the effect is too strong and too long-lasting, serious damage can be experienced.

Trauma is also associated with the development of substance abuse disorders and/or other mental health disorders such as depression and anxiety. High levels of distress and difficulty coping can leave survivors of collective trauma feeling isolated and disconnected from their families and communities (7).

These symptoms of trauma, when they occur on a community level, can be devastating to the community as a whole and to individual members of the community who experience disproportionate rates of dysfunction and illness compared to other communities and other individuals.

One of the most devastating outcomes of collective and historical trauma is the effects of intergenerational transmission of trauma within families over generations. When a group of people is collectively subjected to on-going systemic physical, mental, emotional, and in some cases, sexual abuse by a dominant group, these experiences become internalized. Parenting behavior is impacted – leading to higher rates of dysfunctional families and child maltreatment and adversity (8).

The role of finding meaning as a process to recovery has been examined in individual and collective trauma. Victor Frankl, who drew upon his own personal experiences in the concentration camps during WWII developed a theory of the positive effects of finding meaning in the face of horrific trauma.

While in the concentration camps, Frankl observed that the fellow prisoners who were able to retain their sense of meaning were much more likely to survive. He argued that meaning is a primary motivation that allows people to retain hope in the face of traumatic events and adversity (9).

Researchers have argued that traumatic events can challenge basic assumptions about ourselves and the world in which we live. For example, the belief that we live in a basically benevolent world in which we have value and worth can be quickly shattered when exposed to violent assault.

Although few studies have examined the process of finding meaning as a response to collective trauma, there is some data that indicates that collective trauma can elicit the search for meaning. For example, a study investigating a collective response to the 9/11 attacks found that while those who searched for meaning were more likely to have greater post-traumatic stress (PTS), over the following two years, success in finding meaning predicted lower PTS scores.

In other words, searching for meaning increased PTS, while finding meaning seems to lower PTS.

These results held even after controlling for pre-9/11 mental health status and acute stress response. The study concluded that both searching for and finding meaning was related to better adjustment over time (13).

When we think of conflict, trauma, and violence or oppression based on cultural or racial differences, we do not often consider the role of dignity, but dignity plays a central role. Dignity refers to “the state of being worthy of honor and respect.”  In conflict situations, especially those that occur between groups, dignity is not afforded to the victim.

We all need to be treated as a person of value. When we are treated as though we do not belong and deserve to be excluded, this causes a deep psychological wound that needs to be recognized and healed.

While more research is needed to examine the healing process of collective trauma, evidence suggests that what works for the individual is also effective for the community. Making sense of life allows us to reconcile the challenges we face and hopefully emerge stronger from them. Recognizing the need for honoring dignity in ourselves and all others is an important part of healing from individual and collective trauma.

Fabiana Franco, Ph.D., LLC, has been a clinical professor of psychology at George Washington University. She is credentialed by the National Register of Health Service Professionals, certified as a clinical trauma professional and has Level II C-PTSD certification by the International Society of Trauma Professionals. She sees clients in her New York office.