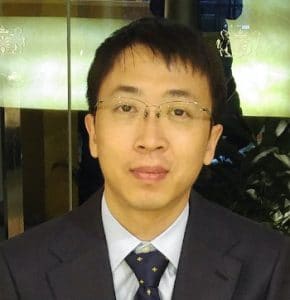 What if there is a way to better understand schizophrenia just by having patients wear a device? Two researchers at the University of Massachusetts Amherst are in the process of finding out.

With the help of a $1.15 million grant from the National Institutes of Health, the wireless device is likely to reveal how often a patient interacts socially—how many people they talk to, how close they stand, their breathing and other movements—and that may determine whether medication is working or if other treatments are necessary.

Because patients with schizophrenia tend to maintain physical distance from others because of their symptoms, their personal interactions tell a bigger story.

Sunghoon Ivan Lee, Ph.D, and Jie Xiong, Ph.D, both assistant professors at the College of Information & Computer Sciences, were part of a group that presented projects at a symposium in 2018. Afterward, they had the opportunity to speak with a psychiatrist from Massachusetts General Hospital (MGH) about the possibility of using some form of computer technology with schizophrenic patients. That conversation ultimately led to the grant and the project getting off the ground by the fall of 2019.

“What we wanted to capture is the social distancing that is a known feature in schizophrenia,” Lee said. “We want to see how individuals with schizophrenia keep their distance and tend to be isolated in society. We wanted to understand what they were actually doing throughout the activities of their daily living.” 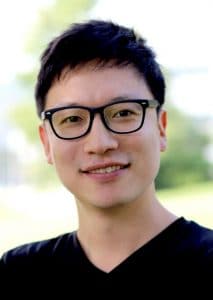 Schizophrenia is a life-long mental disorder characterized by delusions and hallucinations and disorganized speech and behavior. Treatment typically involves medication and psychotherapy. Lee pointed out that when symptoms worsen for schizophrenic patients, they make smaller movements. Having a device that can track those movements might indicate the severity of those symptoms.

Xiong and Lee’s concept of a wearable device is not unique. Just within the past few years, there have been other studies using technology with wearable devices and even smart phones. What makes this project different from some others is not just the impact it may have on mental health research but also in how its engineering can affect other issues.

“Certainly from an engineering impact, we can use the technology to determine if you are touching your face or practicing social distancing,” said Lee, referring to the recent global pandemic of COVID-19 . “But from a clinical impact, this can open up opportunities to understand patient behaviors on a micro level for a more tailored program. It can be used as a measurement to see if therapy is effective.“

The proposed device uses acoustic signals to identify objects around the subject. It will also emit an ultrasound signal to determine the ranges of several targets within a precision of two centimeters. While it does make a sound, Xiong says it’s not detectable.

“It’s a low frequency sound,” said Xiong. “Because it’s an ultrasound, we’re not able to hear it.”

Lee added that it was important for the device to be visible, which is why they are working on a design that is more “necklace-like” rather than a bracelet akin to a Fitbit.

“We needed a sensing device in the line of sight,” he said. “The acoustic signal reflects off the object or person. We can even monitor respiration—it is a wall or is it a human? Humans have subtle movements and can change the behavior of the acoustic reflection.”

Six months in, the project is still in its infancy. Both researchers predict a four to five year trajectory. As Xiong put it, each year will incorporate a different phase.

“The first two years we’ll be working on the algorithms and hardware,” he said. “By the second year, we’ll be developing a prototype. By the third year, we’ll start working with healthy subjects to develop the device’s accuracy. And within three to five years, we can deliver that prototype.”

In its last phase, they plan on working with 40 subjects, 20 schizophrenic patients and 20 healthy patients as the control. Developing the prototype will be done in conjunction with the university’s Institute for Applied Life Sciences. That division can translate the research into the actual product or technology needed. The project is essentially a collaboration between the two institutes to deliver the end product to MGH for future use.

Any chance this will end up on the general market as a prescribed tool along with medication?  Lee and Xiong were both reluctant to speculate, but thought it would be nice if that was the eventual outcome.